Appropriately for a show that brought the existence of life on other planets to primetime television, The X-Files returns to a very different world to the one it departed.

Dana Scully – a qualified medical doctor and all-round rationalist despite her experiences in nine years working on the FBI’s weirdest cases – will have no trouble taking post-9/11, post-Iraq War, post-Julian Assange America in her stride. For Fox Mulder, however, it’s a different story.

When the show was in its pomp, Mulder was a disillusioned socialist, a man of the people fighting for the people against a government that knew everything but told its citizens nothing. He was a lone voice shouting against oppression and hypocrisy – Bill Hicks with a badge, Kurt Cobain in a suit, an icon of the 1990s as cynical about his obsessions as he was serious about their subject. 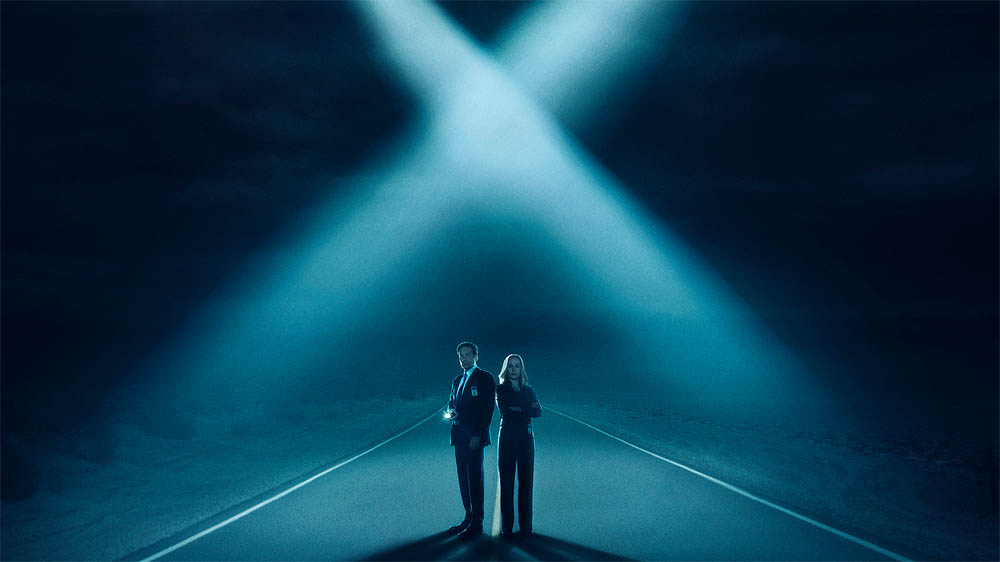 He knew his outlandish ideas made him sound crazy – perhaps they were making him crazy – but he never stopped believing that the truth was out there. ‘Just because you’re paranoid,’ Cobain quoted on Nevermind, ‘doesn’t mean they’re not after you.’

Mulder undoubtedly agreed – and Bill Hicks’ best monologues would likewise have struck a chord. The famous routine about exploring space, together in peace was Mulder all over; so was the way the comedian would conclude a poetic speech about freedom by mocking his own sincerity in the face of a world too disingenuous and disgusting to care. Mulder knew his idealism was laudable and laughable simultaneously. Here’s Fox with the weather.

But the Nineties are long gone. Cobain and Hicks have been in the ground for two decades and Mulder’s anti-government conspiracy theorist polemic would be as likely to get him a regular slot on Infowars.com as a position at WikiLeaks – or a one room suite at Guantanamo Bay.

The latter is not as far-fetched as it may sound: the last time we saw him (in a 2008 X-Files movie so mediocre its full title is probably I Want to Believe … But You’re Making It Bloody Difficult) he was a fugitive from the law to whom the FBI reluctantly turned for assistance. It’s difficult to imagine his circumstances are much improved seven years on.

America – the world – isn’t exactly peachy either. Some things have improved since 2002; others have gotten considerably worse. 9/11, the wars in Afghanistan and Iraq, the rise of ISIS, ever-worsening gun crime and the international financial crisis were not exactly predicted by The X-Files but the growing air of strangeness, suspicion and scariness feels queasily familiar – although not even Darin Morgan could have conjured up the presidential candidacy of Donald Trump.

So despite – or even because of – the global changes since the original X-Files series limped to the barn, there’s still a place in 2015 for the Mulder and Scully we remember.

Their partnership is an iconic and enduring double act, while David Duchovny and (particularly) Gillian Anderson are now universally acknowledged as the talented actors that fans of their breakthrough show always knew they were.

Meanwhile, American television is in ruder health than it has ever been, thanks in no small part to shows influenced by or created by alumni from The X-Files – 24, Breaking Bad, Fringe, Dexter, Hannibal (a programme inspired by The X-Files, which was itself inspired by Silence of the Lambs), the Marvel Cinematic Universe TV adaptations – but Mulder and Scully can still hold their own … provided they’re back at the FBI, chasing aliens and governments conspirators, partners rather than lovers and with familiar faces on both sides of the camera. (The return of Walter Skinner and the Cigarette Smoking Man is good news; the return of writer Darin Morgan is even better.)

The world outside has moved on, but The X-Files is going forward by looking back – and for once, that’s a very good thing.

The X-Files returns in the US on Sunday 24 January and the new season will air on Channel 5 in the UK from early February.

What are your hopes for the new season? Let us know below…