Quacks, BBC Two’s brand new Victorian medical comedy, premieres this week, and the cast and creator have been speaking about the series.

The show follows three friends and medical pioneers Robert (Rory Kinnear), William (Mathew Baynton) and John (Tom Basden), who must navigate the fast-changing world of Victorian-era medicine while contending with establishment stand-in Dr Hendrick (Rupert Everett on hilarious form). Caroline (Lydia Leonard), wife of Robert and object of affection for William, is also around for some of the hijinks.

On choosing this particular period of history, creator and writer James Wood said: “The material is so good. I mean medical history, when you read what these doctors were up to in the 1840s, it was pretty incredible… I realised that there was this amazing 10 to 15 year period in medicine in the middle of the Victorian era where lots of the medicine we now enjoy was pioneered and experimented. 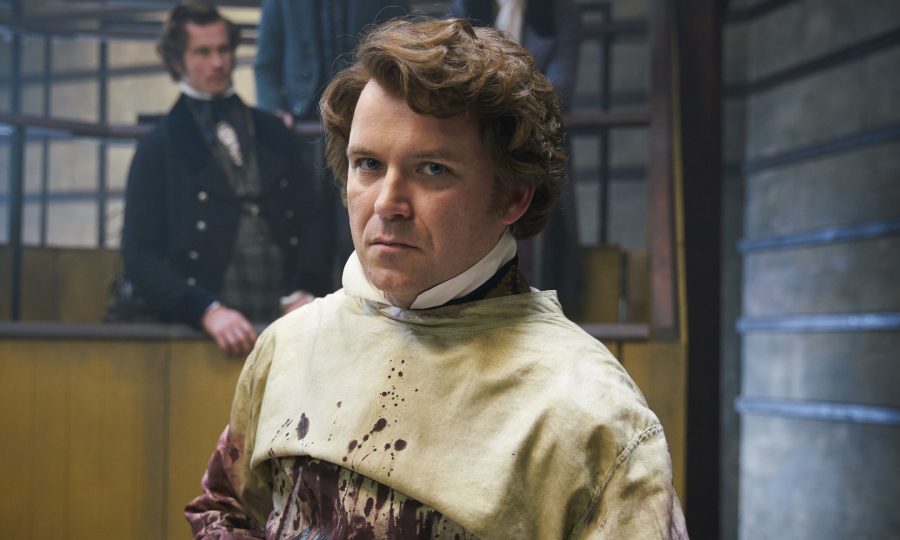 “They were the rock stars of their day. They could take a leg off in less than a minute and they had to because there was no anaesthesia. It was before they found out about germs so people used to pay to go into the operating theatre and see the operations. People would smoke during it, eat pies and watch someone go and have their leg sawn off by a rock and roll surgeon.”

And Kinnear leans into the rock star element of his character, with his first appearance more akin to entering the O2 Arena than a blood-soaked operating room.

“Robert has that kind of God complex whereby, you know, a centimetre either way can end somebody’s life, and you have to have a certain degree of conceited arrogance to be able to do that sort of thing,” Kinnear said. “I think he has to have an ironclad confidence in what he is doing, and his right to be doing it. So that’s pretty fun to play, that kind of character, as well as him being deceitful and underhand and a drink and all the other things.” 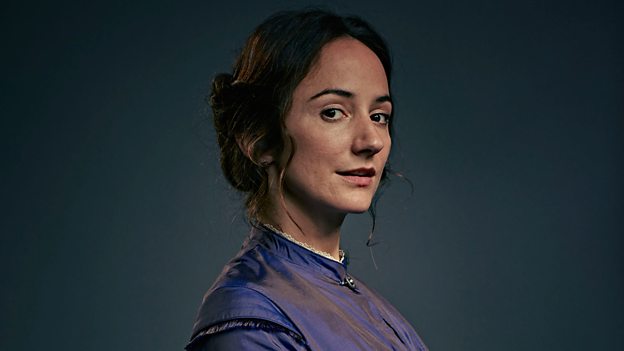 Lydia Leonard, who plays the show’s only female lead, was keen to have Caroline be more than “just a wife” in these stories, saying: “She is, at times, brilliantly unaware of the restraints that she should be buckling under in Victorian times. She loves life and she’s enthusiastic about lots of different things. She’s also got a bright, brilliant mind and gets swept into new trains of thought – she’s curious about all of them, like mesmerism or Dickens.

“This has been quite a challenge for me as I haven’t done a lot of comedy on television before. With drama I always feel like if you’re not quite sure, you can always fall back on truth. And actually it’s the same for comedy, but it’s slightly more technical, so it’s been really interesting to try and make the comedy work while you’re trying to build a well-rounded person.”

Cultbox has had the pleasure of seeing the first two episodes, with the second installment featuring a an unmissable scene-stealing performance from Andrew Scott as Charles Dickens. 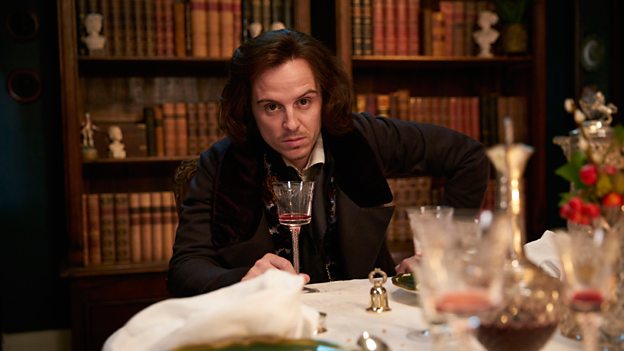 “[A] compliment you can pay the scripts is the people we’ve had coming in to play for a day or two,” said Baynton. “You don’t often get people as brilliant as Andrew Scott, Miles Jupp – the list goes on, I can’t sit here and name them all – Jamie Demetriou as well, absolutely amazing people. I think that’s because they read the scripts and they go, ‘Yes, I’d do that, that sounds fun’.

Wood added: “I think this gang of doctors are really likeable because at the end of the day they are trying to save lives, but they do behave pretty appallingly a lot of the time with women, with drugs, and with certain levels of ego and arrogance. But most of my favourite comic actors are pretty appalling people really.

“I suppose the famous ones like Basil Fawlty, Blackadder, David Brent, Alan Partridge. There’s a really rich tradition of British dickheads. I think our guys are that. We seem to do that more than most. The Americans do it well on cable channels. I find it hard to write a comic person who is a moral, good person.”