How fast things move in the world of television. Or, rather, ‘online content’.

It was less than a year ago that the BBC announced that Ripper Street was coming to an end after just its second season. Within months, Amazon Prime Instant Video snapped it up and here it is! Back by popular demand within a year of being canned. Take that, Arrested Development.

A horrific accident at the heart of Whitechapel sees the men work together again in order to help their community. Without spoiling it, the aftermath of this event is extraordinarily well realised, and be prepared for a number of gruesome sights on the streets of East London.

There’s also a mystery to be solved that leads us to, what looks like, the underlying arc for the season. It involves Long Susan (MyAnna Buring), who has gone straight, as it were, and running a legitimate business in the form of Obsidian Estates with her obsequious solicitor, the rather unpleasant, but powerful, Mr Capshaw.

The second episode doesn’t quite manage to live up to the energy of the first until the final scenes where an ongoing theme from previous years, the fate of Reid’s daughter, raises its head. 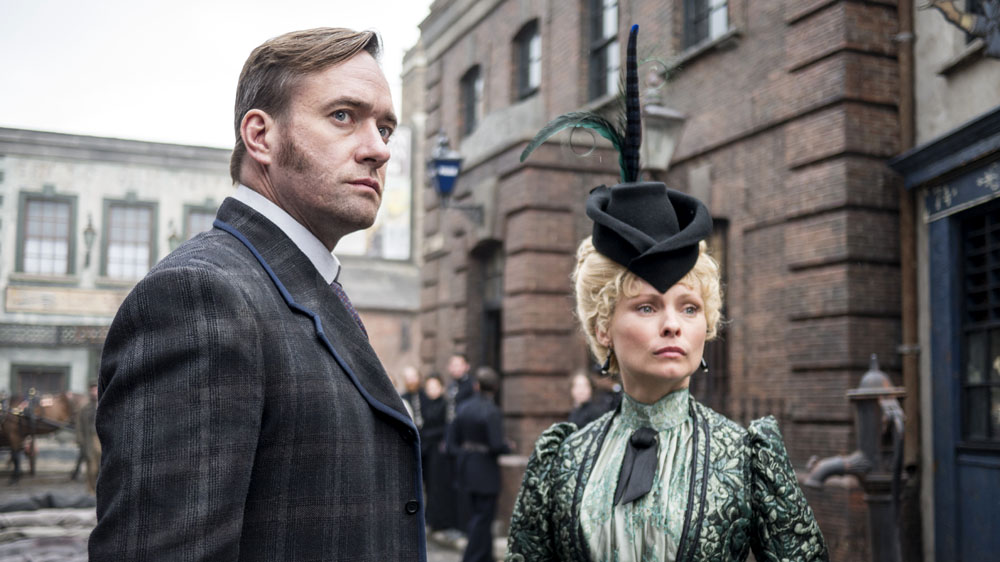 Ripper Street does suffer, however, from a number of irritating flaws. Though it may seem like a small point, there’s a young boy that features prominently in the first episode, ‘Whitechapel Terminus’, who looks like he’s getting ready to audition for an X Factor boyband, with his cleaner than clean face and perfectly coiffed hair. It’s incredibly distracting.

Sherlock fans may be excited to note that Molly, actress Louise Brealey, stars in this new season in a recurring role but, sadly, she’s underused in these opening instalments. Meanwhile, Matthew Macfadyen’s character Edmund Reid is lumbered with a rather expressionless performance.

Having said that, those previously mentioned final moments in the second episode, ‘The Beating of Her Wings’, are incredibly tense and exciting – and eventually give Macfadyen a chance to provide a terrifically charged and emotional performance in a scene that will truly have you gripped. It’s an incredibly powerful denouement and feels like a season finale, rather than just the beginning.

Judging on these two episodes, it looks like the decision to revive Ripper Street was certainly worthwhile.

Season 3 launches exclusively on Amazon Prime Instant Video on Friday 14 November and will air on BBC One and BBC America in 2015.