Like something precious that someone is keen to keep from breaking, the lady-led comedy Psychobitches is nestled away in the straw on Sky Arts. It really should be in a brighter spotlight, but there’s something nice about its niche presence.

As the title suggests, there’s no comedy on TV right now more brazen and outlandish than Psychobitches. It might be conservatively labelled ‘Psychob****es’ in your TV guide (‘won’t somebody think of the children?!’), but say it loud and say it proud. Shout the name at a friend’s face, just to get them to watch it. It’s a comedy that deserves plenty of attention.

Or does it deserve your attention? As the Rorschach test for your sense of humour, take a look at this clip from the pilot, featuring Mark Gatiss as Joan Crawford and Frances Barber as Bette Davis in a monstrously funny Whatever Happened to Baby Jane? parody.

Best described as ‘therapy for history and fiction’s most famous dead women’, it sees The Thick of It‘s Rebecca Front as ‘The Therapist’, providing counselling to the likes of Queen Elizabeth the First, Audrey Hepburn, Eva Braun, and – in perhaps Season 1’s best and shortest joke – Princess Diana.

It’s an ego skewer of the notable deceased, and an exaggerated affirmation of our notions about celebrities. They’re plasticine caricatures; the further you stretch their idiosyncrasies the funnier they become, until you reach a situation where Florence Nightingale’s coarse-talking owl puppet is asking how your bowel-movements are, and in the face of such organically born oddity it feels entirely natural to laugh like a drain.

Too often British comedy can still feel like a jokey blokey testosterone chuckle-club, but Psychobitches is the spot that proves that outside the MDF constraints of panel shows and studio-audience sets, British comedy is alive, diverse, and merrily insane. Although that’s not a therapist’s opinion.

If you’re plumbed into Sky, here are 5 characters you should look out for in Season 2. Conveniently they’re also the very reasons why you should be watching the show…

5 & 4. Kathy Burke and Reese Shearsmith as The Queen Mum and Princess Margaret 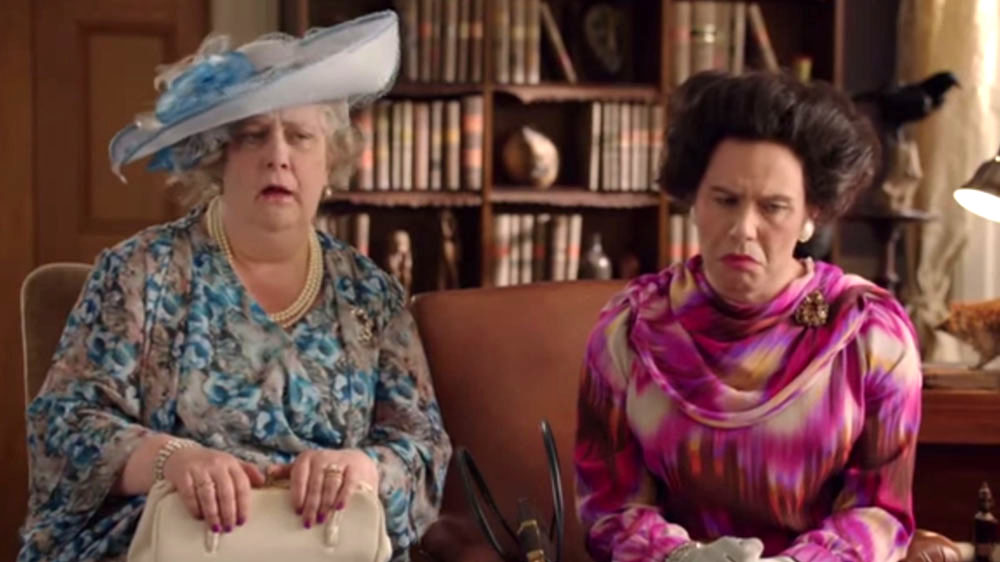 The ensemble isn’t an all-female affair, in script or screen: quite a few male comics drag-up (look out for Johnny Vegas’ Dance of the Seven Veils later in the season). What’s nice is that the ancient comedic aspect of ‘bloke in drag’ is overshadowed by the performer and the material. Sex is irrelevant.

For the best example, see Reese Shearsmith, blusher-ed up to the eyeballs and pulling his gums above his teeth as the neglected Princess Margaret. Poor Margaret’s in relationship therapy with her hard-drinking and delightfully filthy ‘faark orf’ Queen Mum, played by a delightfully filthy Kathy Burke. The result is so comedically acidic, it’s like the Royal family through a League of Gentlemen lens. So the Royal family then. 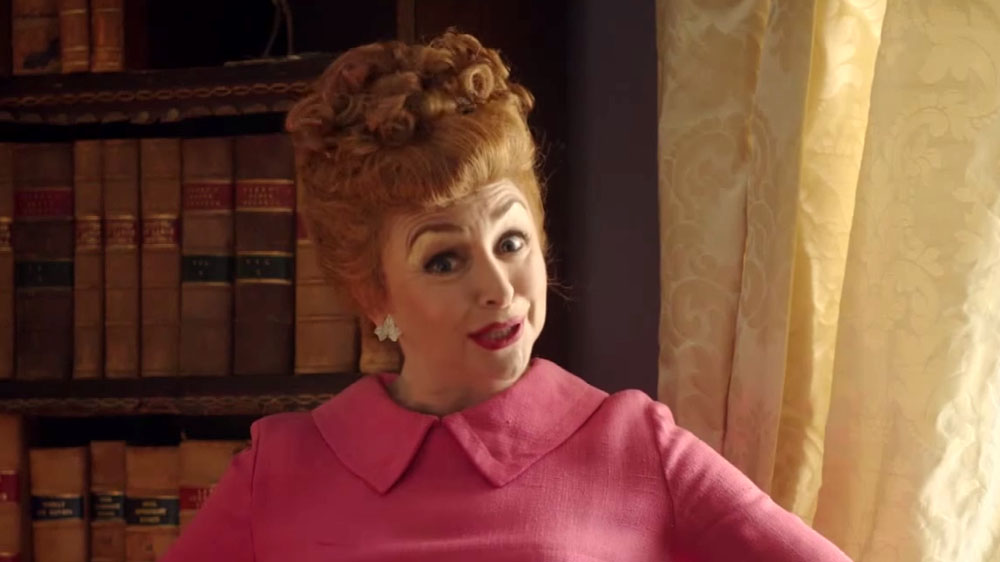 Samantha Spiro blew the doors off the first season with – among many others – an ace impersonation of Audrey Hepburn, playing her as an insufferably whimsical Chanel dress with the attention span of a toddler.

Her turn as American comedienne Lucille Ball is no less attention-grabbing, believing as she does that everything is just another set on ‘I Love Lucy’. Prepare for things to get a bit fourth-wall breaking. 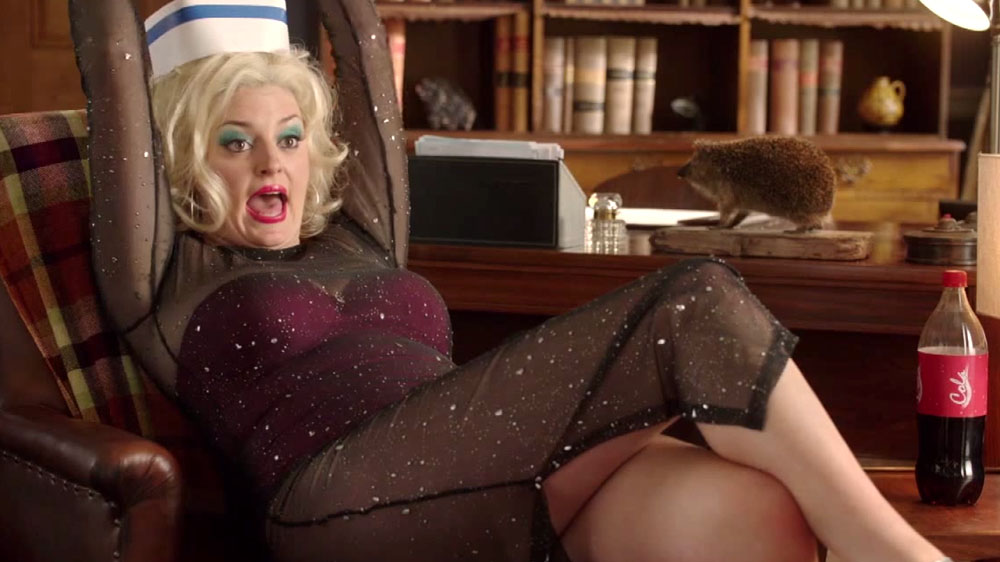 Ace impressionist Morgana delivers the writhing Anna-Nicole Smith of the public media consciousness; a sloppy Dixie nympho with a pensioner fetish. It’s both a spot on-impersonation and an outrageous caricature, to the point you’re not sure where the lines blur, or if they blur at all. Either way, it’s bloody funny. 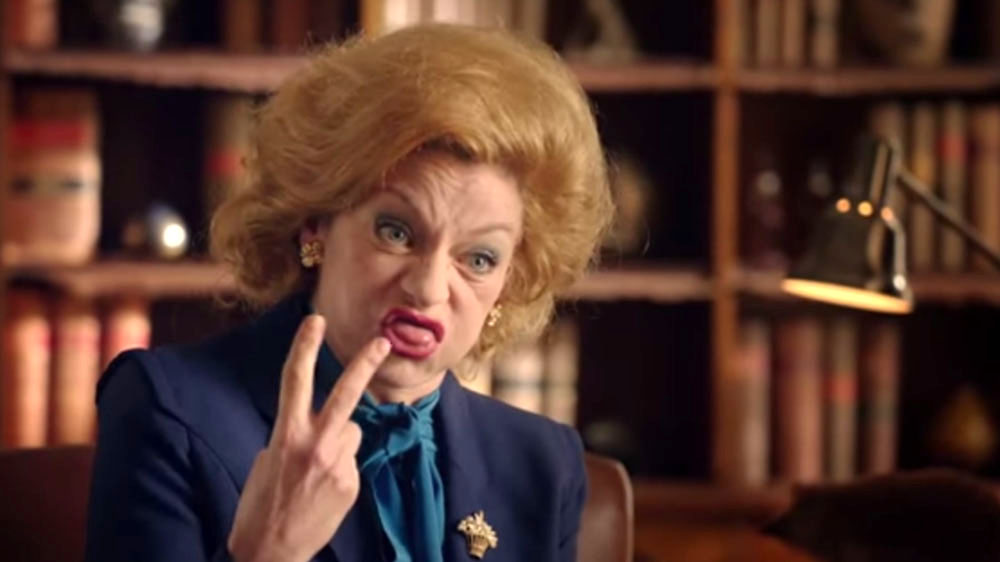 Gomez steals the first episode of Season 2, portraying a psychopathic Maggie Thatcher (just how psychopathic will depend on your political leanings), with a scarily-accurate vocal and physical impersonation.

‘I. Wh-ill. Kill. A-gain.’ she stresses, in between the Hannibal Lecter mask and the vomiting at liberal policies. In doing so she shunts Doctor Who‘s Missy into second place on the ‘Scariest Women Michelle Gomez has played in 2014’ list. Watch out for her ventriloquy Wallace Simpson later on.