Fans of CBBC’s Wizards vs Aliens have much to look forward to with the launch of the fantasy drama’s third season this week, and ‘The Secret Of Room 12’ is a dynamite way to kick off the new adventures.

If Tom (Scott Haran) and his friends – wizards and unenchanted alike – thought the Earth was now free of alien threats, they were sorely mistaken. Tom’s Nekross nemesis Varg is back, with a new and dangerous missus by his side – though now that the Nekross political landscape has shifted, and we’ll see what this means for both Varg’s intentions and the wizard community.

But it isn’t just the Nekross that our heroes have to worry about – there’s a new alien on the scene, threatening not just the safety of the planet’s wizards, but of the planet itself. Any sense of a continuing normal life is short lived as Tom and Benny (Percelle Ascott) return to school, as things start to go amiss before they’ve even had a chance to go to lunch. 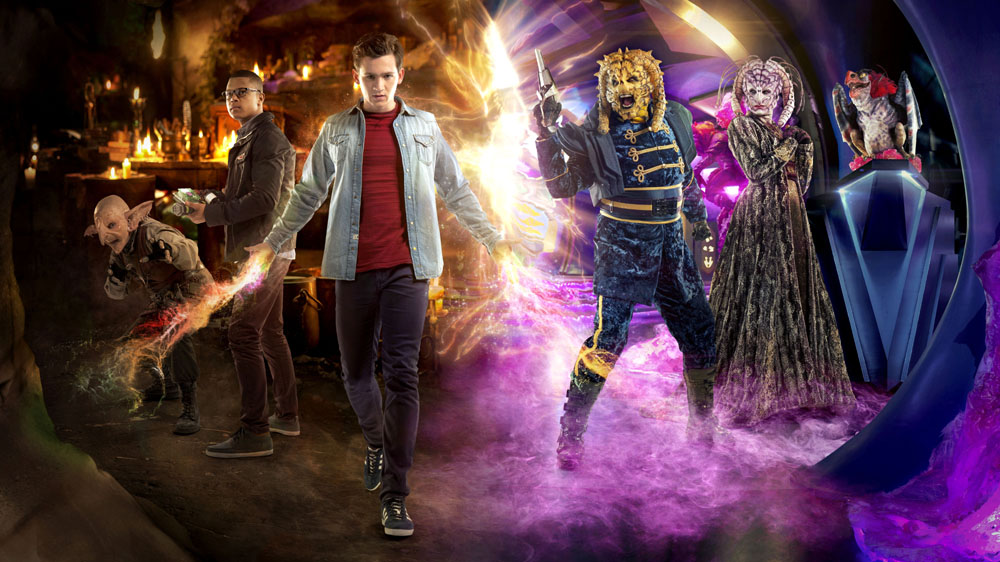 Teachers and students have started acting strangely, and something seems to be beckoning them to the mysterious Room 12: whatever lurks within is changing the people who dare to look beyond the door, and it’s up to Tom and Benny to put a stop to it before they too find themselves under its thrall. Meanwhile, Tom is faced with new challenges and questions about his relationship to magic.

There’s some genuinely scary moments in this episode, and the visuals are, as we’ve come to expect from Wizards vs Aliens, gorgeous. It’s a delight to see Haran and Ascott back together as the magic-and-science team at the heart of the show, and Annette Badland brings such a genuine warmth to the character of Ursula, who truly shines in this story.

Striking the balance between the frightening and the funny, ‘The Secret Of Room 12’ is an absolute delight, and it’s any indication of what is to come for the rest of Season 3, fans are very much in for an absolute treat.