Casino Royale was considered a gamble in 2006 because it was the first (quasi) reboot – and with a blond Bond, no less.

So they followed it up with… another gamble. 2008’s Quantum of Solace is the first direct sequel in the Bond canon, picking up literally minutes after the end of Casino Royale and was lumbered with a title that nobody understood.

This time audiences were left divided and it was received coolly by critics, but watch it again and you’ll see it not only holds up but is arguably one of the best portrayals of Fleming’s Bond. It’s especially good when treated as Casino Royale: Part 2 and watched in direct succession.

When last we left our hero he was wearing an impeccable three-piece suit with a bleeding Mr. White at his feet…and we pick up again with Bond in the middle of a brutal car chase.

Mr. White is tied up in the boot and everywhere Bond turns he comes up against the mysterious organisation known as Quantum, a megalomaniac with a penchant for oil and a physically (and emotionally) scarred young woman named Camille.

Audiences took to Daniel Craig as James Bond like fish to water. Now he’s back and we have, for the first time, a broken, grieving Bond – something we were denied after the death of Tracy in On Her Majesty’s Secret Service.

He’s angry, bitter and in desperate need of a bit of closure (a quantum of solace, see!). What we get is a Bond with no limits who, by the end, is even (almost) ready to commit suicide rather than die in a fire; a colder Bond who’s even more willing than usual to use those around him regardless of the consequences.

There’s a brief moment at the beginning when the film’s much-maligned frenzied editing makes it look like M has been shot but fortunately this is not the case. Judi Dench continues to get her teeth stuck into the expanded screen time she (so rightfully) keeps being given. She knows that Bond is a liability and treats him stuff, even issuing a kill order when he continues to go rogue. And yet we all know that really, she’s on his side. 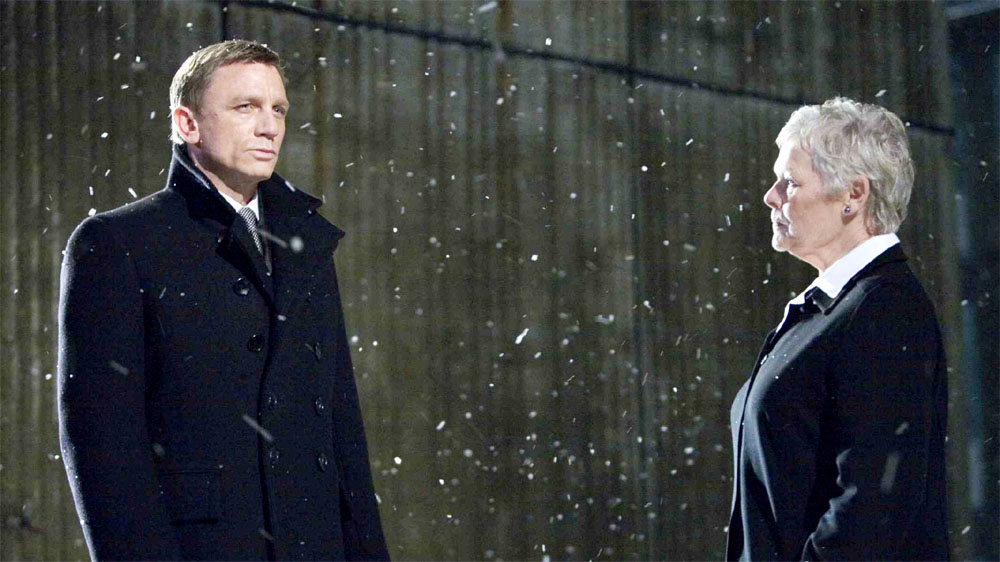 The first time that any actor playing Felix Leiter has played the character in consecutive Bond films and this time around Jeffrey Wright has a smaller but no less critical role. Disillusioned by his CIA boss’s complete lack of morals (they sell out Bond in the blink of an eye) when last we see him he’s drinking in a dive bar and giving Bond a crucial, if minuscule, heads up.

We left Rene Mathis (Giancarlo Giannini) in Casino Royale, tasered and presumably tortured for information. With the revelations of Vesper’s indiscretions it appears that Mathis was really a good guy all along. He’s back as Bond’s fixer in South America, but sadly this trip does not end well for him.

Dominic Greene (Mathieu Amalric) doesn’t have the bloody tears of Le Chiffre, or the metal teeth of Jaws, or in fact anything resembling the traditional Bond Villain deormity. But he does have a planet-sized ego, a knack for cruelty and, when you think about it, one of the more dastardly plans in Bond history.

Nobody can understand why he’s so interested in buying up tracts of inhospitable desert until it becomes clear he’s holding Bolivia’s water supply to ransom so as to cause political and economic unrest. A decidedly more terrestrial plan than we’re used to from Bond villains, but no less diabolical. 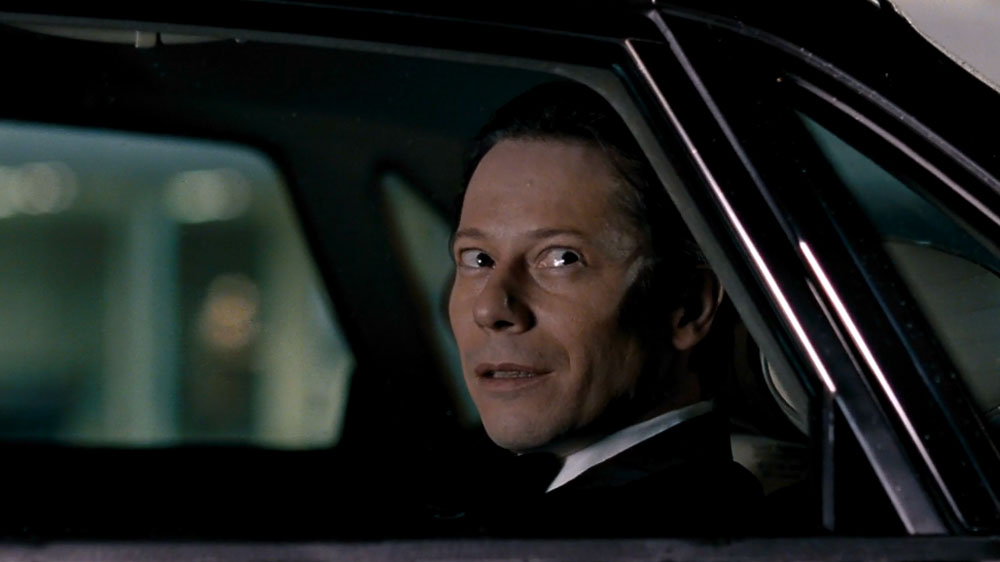 Other than that General Medrano (Joaquín Cosio) has history with Camille and thinks little of brutalising any woman who has the misfortune to be nearby when he’s angry, we don’t learn much about Medrano. But he meets a fiery fate and undoubtedly deserves it.

Back from Casino Royale, Mr. White (Jesper Christensen) is the only member of Quantum that we really get to know, and the only one with the sense to not reveal his whereabouts at the opera – ‘Tosca isn’t for everyone’.

Camille (Olga Kurylenko) is that rarity in a Bond Girl – one who is utterly uninterested in James Bond. Camille has her own mission, is also secret service and quite capable of handling herself in almost any situation. She’s been sleeping with Greene in an attempt to get close enough to Medrano to kill him. Medrano killed her family when she was much younger, leaving her with permanent scarring, a phobia of fire and a thirst for revenge. 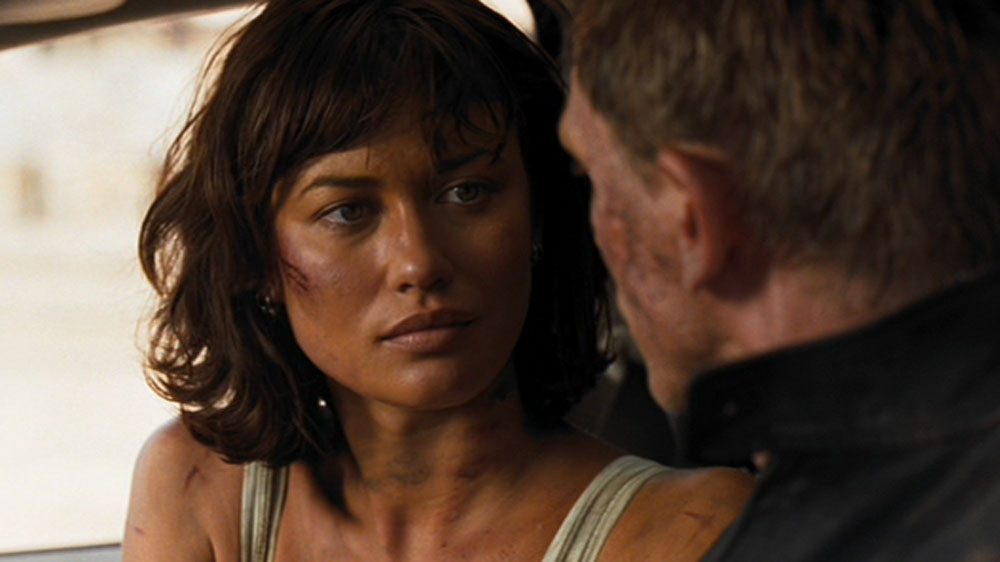 Fields. Just, Fields. The end credits reveal Gemma Arterton’s character’s first name to be Strawberry, but she wisely keeps that under wraps. She’s only supposed to keep an eye on Bond until he can be picked up and returned to England but instead she rolls her eyes at Bond’s inelegant overtures – ‘I can’t find the, um, stationary’ – and decides to go along for the ride anyway, just because she can.

Every bit the uncompromising 21st Century woman she rescues Bond at a party by tripping a henchman down the stairs but is then killed in a particularly gruesome nod to Goldfinger – covered in, and force-fed, gallons of Black Gold – Oil.

The world conjured in this film is nothing short of beautiful. The sets and locations are insane – from the foot chase through Siena to the Instituto Nacional de Cultura in Panama City (posing as the Andean Grand Hotel in Bolivia), where everything is just that little bit too angular to be comfortable, but oh so beautiful.

We end up in the Atacama (one of the driest places on Earth – Chile, also pretending to be Bolivia) and at the Residencia, accommodation for the Paranal Observatory (also Chile). Even Camille’s clothing and jewellery have a deconstructed and decidedly ‘fashion’ look about them. Everything drips in either luxury or poverty, perfectly mirroring the effects of Greene’s plans.

This film is nothing short of frenetic, with four action set-pieces in the first half-hour. The editing is often incomprehensible… or is it? Being thrown into the action with the initial car chase is disorientating (and the drive from Lake Garda to Tuscany to Siena somewhat improbable) but watch it back and you’ll see it all makes sense. 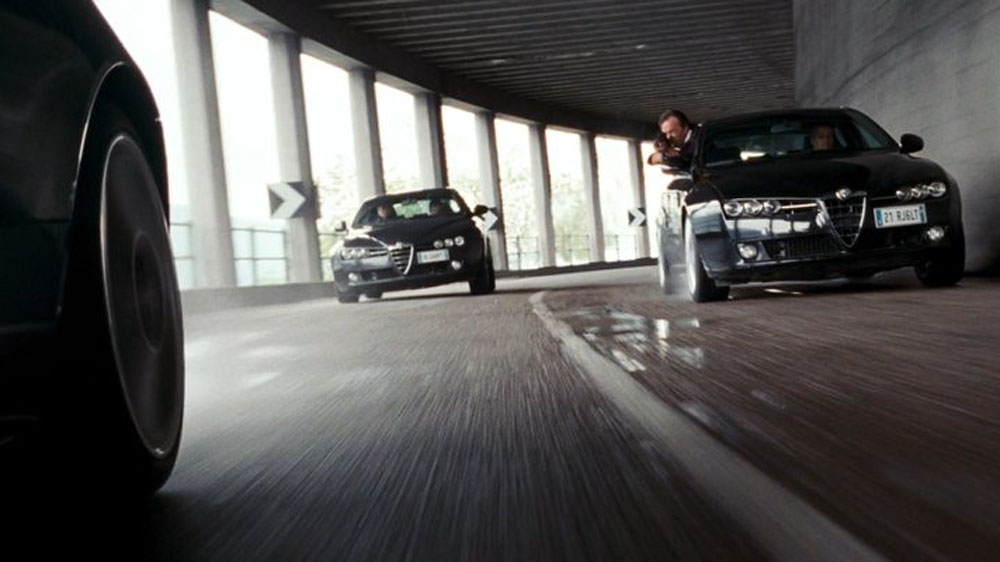 Attention is paid to the smallest details – in particular the sound design, which is impeccable. Sound goes in and out depending on the visuals and location, and the fight at the opera is played out with nothing but a dramatic aria for a soundtrack.

Always follow the money. And if possible, nick a goody bag and a suit to listen in on private conversations. It’s been a long while since Bond has had to behave like a real detective but in this film he has to find stuff out and follow long dead trails. He knows what he wants and that occasionally he can’t just punch his way to the conclusion.

Quantum of Solace is the title of one of Ian Fleming’s original short stories, selected only a few days before this film was announced. There are now only four others remaining: The Property of a Lady, The Hildebrand Rarity, Risico and 007 in New York.

James Bond neither introduces himself as ‘Bond, James Bond’ nor orders a ‘vodka martini, shaken not stirred.

Craig was injured several times making this film – including slicing the tip off one of his fingers.

The Atacama desert is the driest non-polar desert in the world, where some weather stations have never, ever recorded rainfall.

The four action scenes were based on the four elements (earth, water, air and fire) and the film is the only Bond to feature chases on foot, by car, by boat and by plane.

The first time that the gun barrel sequence is played at the end of the film rather than the beginning. This was repeated in Skyfall.

Unfairly maligned, Quantum of Solace is actually one of the best Bonds out there. No, really.

It’s also not half as humourless as its reputation. Just take this from M, for instance: ‘When someone says “We’ve got people everywhere”, you expect it to be hyperbole! Lots of people say that. Florists use that expression. It doesn’t mean that they’ve got somebody working for them inside the bloody room!’ 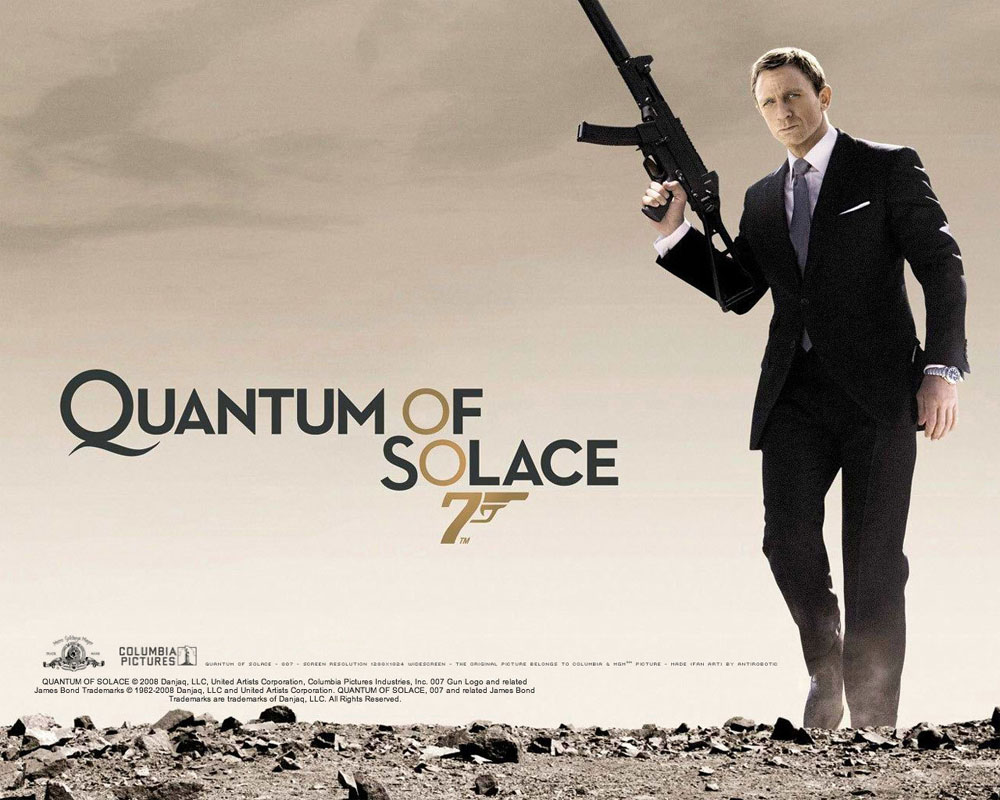 People hated On Her Majesty’s Secret Service at the time and now it’s considered one of the franchise’s high points.

Okay, the theme song is an acquired taste and the editing doesn’t make the first watch easy to follow at time, but look past that and you’ll find James Bond honed to a fine edge. As a four-hour event movie with Casino Royale you get the most satisfying experience, but even taken on it’s own it deserves a re-evaluation.

James Bond will return in Skyfall.

What do you think of Quantum of Solace? Let us know below…