‘The world’s gone mad! I didn’t invite any of these gangsters to my garden party!’

Roobarb and Custard are the principal characters in Roobarb, a series of short animations for children originally shown on BBC One in 1974.

Roobarb was a dog based on creator George Calveley’s own pet pooch of the same name (so-called because the first thing he did when Calveley took possession was to piss on his rhubarb) whose enthusiastic nature frequently led him into misadventure – to the delight of his scheming neighbour Custard, a cat. 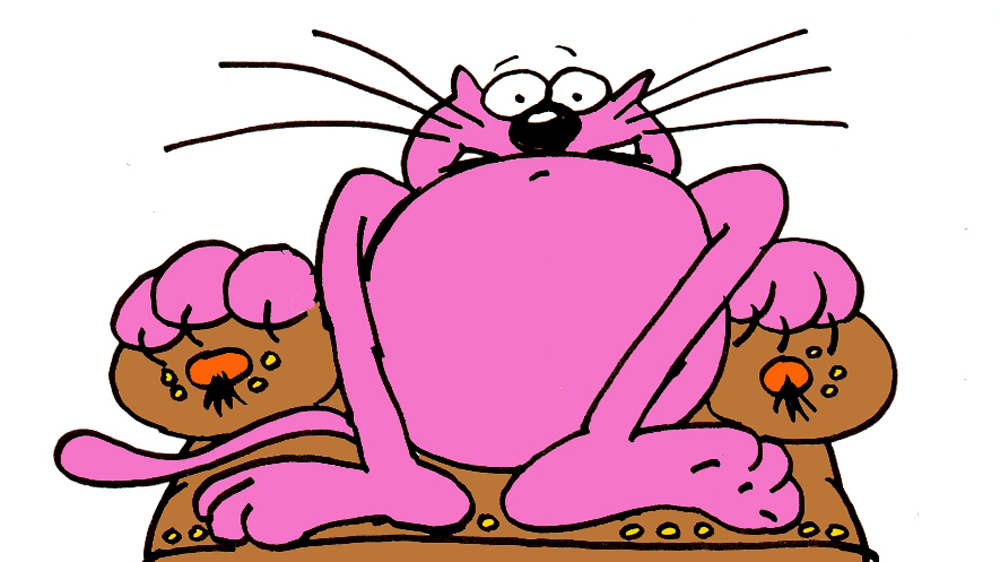 Drawn with marker pens and animated in a rough style with deliberate wobbly effect (a technique known as ‘boiling’) by Bob Godfrey and Peter Green, it was the first fully-animated television series to be made wholly in the United Kingdom.

Roobarb was narrated by Richard Briers, who was still a few months away from his breakthrough role as Tom in The Good Life.

Giving Roobarb a high-pitched, energetic yelp (reduced to a sad, ears-turned-down groan when things went awry) and Custard the languorous, slightly-sneering tones of a well-fed Tory landowner, Briers created the perfect characterisation for the green dog and his pink feline acquaintance while his measured narrating voice was a soothing counterpoint to the anarchic visuals. 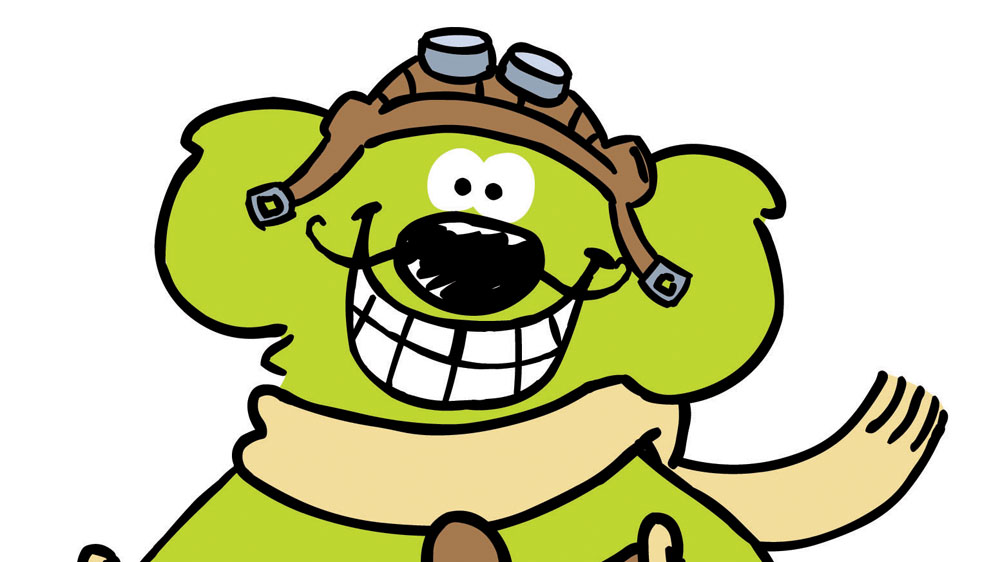 Although the triptych of Caveley’s stories, Godfrey and Green’s animation and Briers’s voiceover was more than enough to give Roobarb a longevity far outstripping its modest roots, what really cemented the programme into television history was Johnny Hawksworth’s instantly recognisable theme music.

A loping, distorted clatter interspersed with jaunty harmonica, it was turned into a top ten hit by dance outfit Shaft and became a vanguard of the briefly popular ‘Toytown Techno’ rave sub-genre of the early 1990s (see also ‘Sesame’s Treet’ by Smart E’s and ‘A Trip to Trumpton’ by Urban Hype).

Having garnered great acclaim from successive generations of viewers across the world, the original series is now firmly entrenched as a cult classic and remains popular with audiences of all ages today. 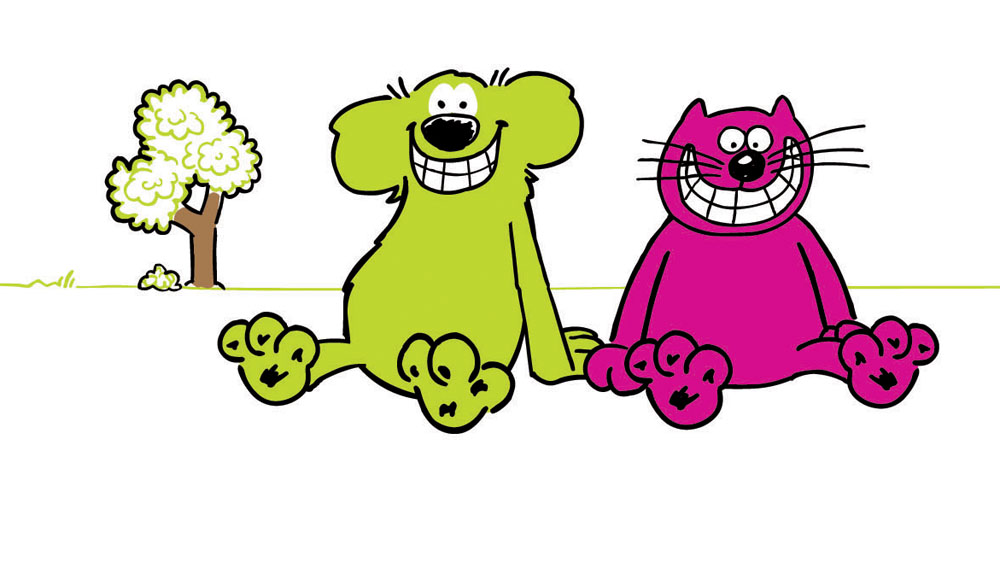 In 2005, more than thirty years after the first episode was shown, a second series was commissioned by Channel Five. Titled Roobarb & Custard Too (a name that gave equal billing to both characters and also acknowledged decades of the original show being commonly misnamed), George Calveley was once again the writer and Richard Briers reprised his role as narrator and voice of the characters.

Bob Godfrey was not involved but the computer-generated animation retained some of his intentionally messy stylings. The original theme music, quite rightly, opened each new episode.

The complete Roobarb and Roobarb & Custard Too will be released as a three-disc Complete Collection DVD box set by Simply Media on Monday 16 May. 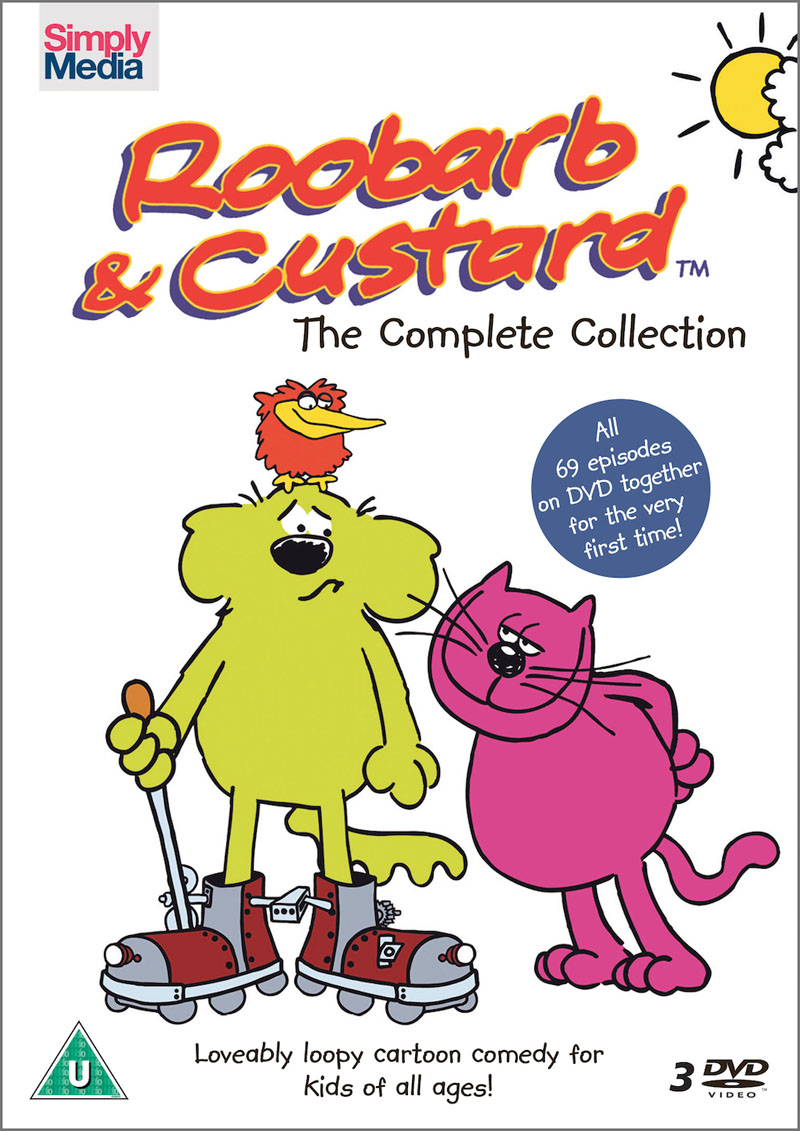 What are your memories of Roobarb and Custard? Let us know below…