From Big Night Out and sketch shows in the 1990s, to Randall and Hopkirk (Deceased) in the 2000s and House of Fools in more recent years – as well as their anarchic quiz show Shooting Stars – Vic Reeves and Bob Mortimer are one of the UK’s most successful comedy double acts.

But Catterick has been largely forgotten.

As the pair announce more dates for their Poignant Moments tour, celebrating 25 years since they started performing together, we revisit their underrated 2004 comedy-drama…

Carl Palmer leaves the army and returns to his hometown of Catterick, North Yorkshire, in search of his estranged son. He reunites with his eccentric brother Chris, who lives in their late mum’s house with a pet turkey.

After stealing a car, the two brothers check in at The Mermade Hotel, where they quickly befriend the disgruntled receptionist and porter. However, the pair’s happy reunion is disrupted by the arrival of a vengeful criminal, from whom they’ve unknowingly taken a briefcase full of stolen cash.

Bob Mortimer takes on the rather ‘straight’ role of Carl Palmer in Catterick, while Vic Reeves plays his much more bonkers brother Chris. Vic can also be recognised under some enormous glasses and a ludicrous American accent as deranged police officer Keith Fowler. 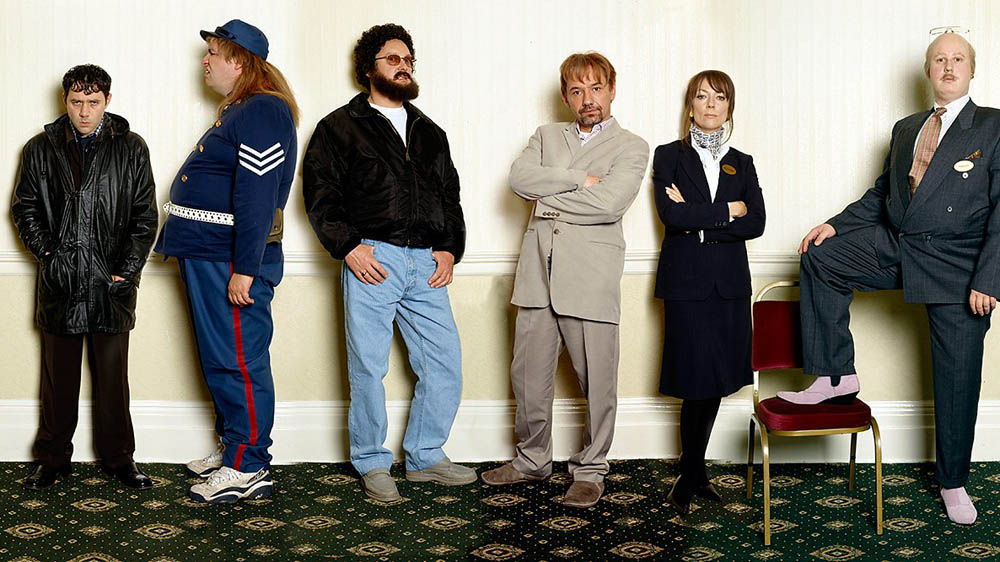 Reece Shearsmith (Inside No. 9) gives a typically dark performance as Tony, the psychopathic mummy’s boy who makes it his mission to hunt down the Palmer brothers and punish them for taking his money… as long as he can get home in time for his tea. Meanwhile, Mark Benton (Waterloo Road) and Morwenna Banks (Saxondale) play The Mermade Hotel’s long-suffering employees.

The main cast is completed by Matt Lucas (Little Britain) as tyrannical hotel manager Roy Oates, and there are also appearances from Charlie Higson (The Fast Show) and Tim Healy (Benidorm).

Plot-wise, Catterick is less nonsensical than a lot of Vic and Bob’s other work – particularly when you consider that their escapades in House of Fools included flying to the moon on a giant moth and stealing a bobble hat from Phil Collins’ house. But it’s still far from a straightforward comedy-drama, and has plenty of surreal moments that are very distinctly the duo’s style. 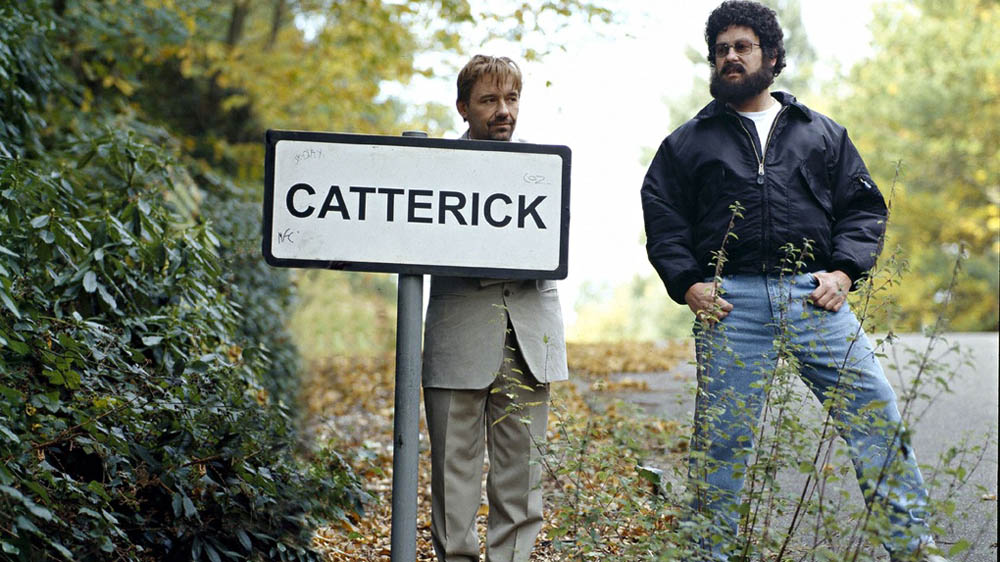 In the category of ‘really shouldn’t work but somehow does’, each episode of Catterick features a lip-synced song. For instance, Tony mimes Morrissey’s Satan Rejected My Soul as he draws closer to finding the Palmer brothers.

And among an excellent comedy cast, Matt Lucas’ absurd performance as Roy Oates is a real highlight, as he struts around and adopts one of the most inexplicably bizarre accents you’ll ever hear.

After one season on BBC Three and a re-run on BBC Two, Catterick disappeared from our screens and has since been largely forgotten. You’ll struggle to find clips of it on YouTube and you won’t see many references to it online, but a recent article from The Guardian called it “the most bonkers, brilliant and gripping thing Vic Reeves and Bob Mortimer have ever done.” 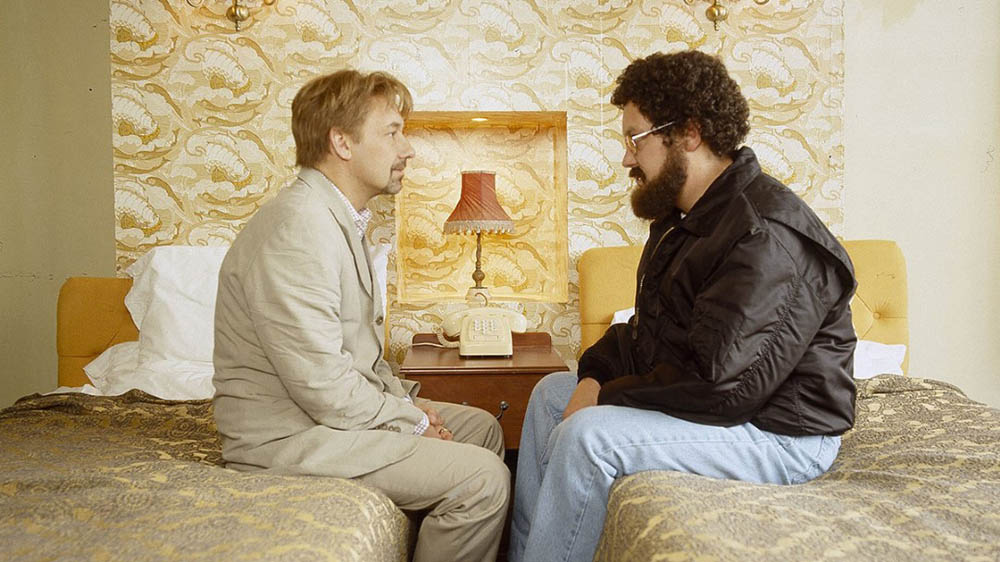 Catterick is certainly a must-watch for Vic and Bob fans, and might even be accessible to people who can’t cope with the more frenetic pace of their other work. After watching it, you won’t be able to look at a garden centre or George Clooney in the same way again.

> Buy Catterick on DVD on Amazon.

Do you remember Catterick? Let us know below…