The first three months of 2018 saw the return of shows including This Country, Mum and Damned, as well as the launch of several brand new sitcoms.

Of the new sitcoms that aired in the UK between January and March, we’ve chosen the ones that are most worth catching up with… 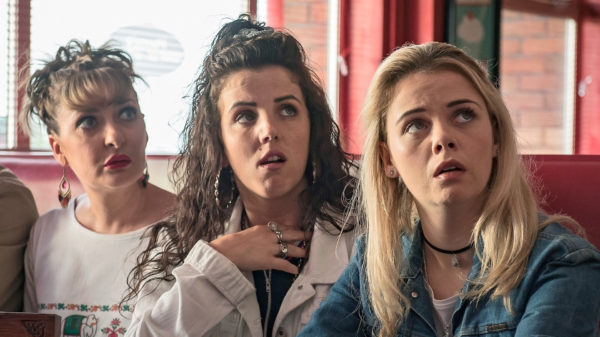 This Channel 4 sitcom, written by real life ‘Derry girl’ Lisa McGee, follows the exploits of a group of Northern Irish teenagers against a backdrop of the Troubles in the 1990s. With a tightly written script in which almost every line is a joke, the show manages to draw humour from situations very specific to the setting, such as bomb scares and encounters with armed soldiers being a part of everyday life, as well as from more universal scenarios like the nightmare of sorting out a family takeaway order. It also boasts a fantastic ensemble cast, from the young unknowns to the actors who play their older family members and teachers. Derry Girls was met with such a positive response that Channel 4 commissioned a second series after just one episode had aired, so you’ll want to catch up with the first series on All4 as soon as you can. 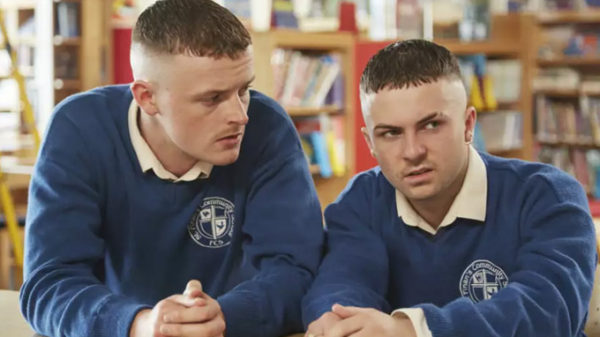 BBC Three comedy The Young Offenders was created as a spin-off for a hit 2016 film of the same name – which you by no means need to see in order to understand or enjoy the TV show. It follows dim-witted Irish teenagers Conor and Jock as they cause trouble around Cork, flirting with the daughters of their uptight headmaster, committing petty crimes and getting into bicycle chases with the local police. Possibly the funniest episode of the series sees the lads steal an enormous, valuable fish and try to transport it across the city on foot without being spotted. With its council estate setting, eccentric characters and coming-of-age themes, The Young Offenders strikes a similar tone to E4’s Chewing Gum, and will hopefully find just as much success since a second series has already been ordered. 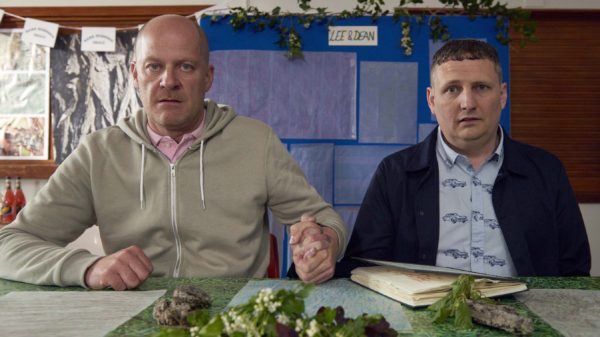 Miles Chapman and Mark O’Sullivan co-write and star in this Channel 4 comedy about two best friends who run a building firm together. We don’t see the pair doing much building though, as the series focuses more on their friendship (which might be more than just friendship in the mind of Dean) and how it changes when womanising Lee gets a serious girlfriend. You shouldn’t be put off by its rather brash opening episode, because Lee And Dean turns out to have a lot more heart than initially meets the eye and may even make you shed a tear towards the end. Being friends in real life, the two leads have good chemistry, but the real stars of the show emerge as Camille Ucan who plays Lee’s foul-mouthed but good-hearted girlfriend and Anna Morris as his posh, bitter ex. The five-part series is very easy to binge watch and it’s available in its entirety on All4. 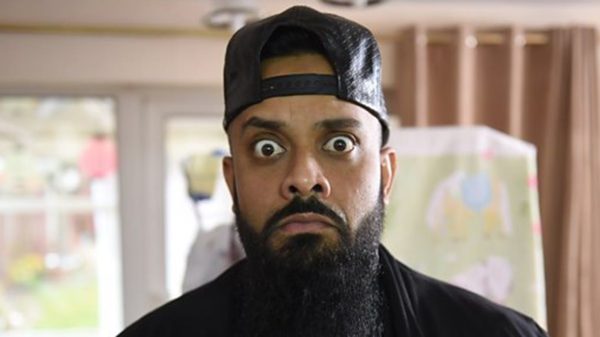 Man Like Mobeen appeared on BBC Three towards the end of 2017 and then aired on BBC One in early 2018. It lets us into the life of the titular Mobeen (played by creator/co-writer of the show Guz Khan) who lives in Small Heath, Birmingham, where he spends his time hanging out with his friends and trying his best to cope with being the sole guardian of his teenage sister. Over the course of the four-part series we see Mobeen take on a local drug dealer, get into entanglements with the police and consider an arranged marriage, but the most standout episode is probably its final one, in which Mobeen finds himself stuck in a police van with the islamophobic leader of a far-right hate group. A relative newcomer, having left a career in teaching for comedy in 2015, Guz Khan has a likeable presence on screen, so here’s hoping we’ll see a lot more of him in the future.