Jed Mercurio’s police corruption drama Line Of Duty returns to BBC Two for a second series later this month and CultBox was lucky enough to attend a recent screening of the opening episode in London, followed by a Q&A session with executive producer Simon Heath, writer and creator Jed Mercurio, and the show’s stars – Keeley Hawes, Jessica Raine, Martin Compston and Vicky McClure. 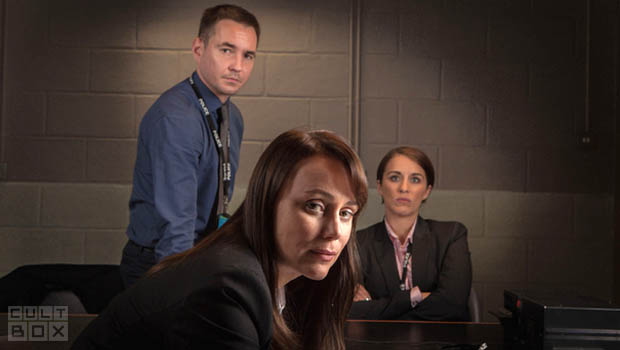 Here are some of the highlights…

» Keeley Hawes: “[Playing Lindsay] was pretty harrowing. It’s the most full-on thing I’ve ever done – but, saying that, I loved every minute of it.”

» Jed Mercurio: “Second series are easier. There’s so much that’s been figured out.”

» Martin Compston:  “Jed is the heart and soul of the show. There was a bit of fear losing Lennie [James] in the last series, but with Keeley coming in and the script, that fear melted away.”

» Jed Mercurio: “Police aren’t just one kind of person. There are some who are open-minded about their profession.”

» Martin Compston: “It’s not like shows like Luther and Sherlock with a maverick cop running about. Our excitement is in the detail. It’s not spoon fed to you, you have to watch it, and we don’t apologise for that.”

» Jessica Raine: “I couldn’t say no to this part. It was really refreshing. I’m really excited to be in it. I got to drop a lot of t’s!”

» Keeley Hawes: “I felt no pressure following Lennie James. I had it a bit easier in that the cast already had relationships and they get on like a house on fire. I was an outsider but I wasn’t part of that unit which has already been built. In a way with Lindsay, because she is an outsider in her life and her work, it kind of helped.”