Season 2 of American Vandal is available on Netflix this weekend. If you haven’t already seen its award-winning first season, here’s why it’s worth catching up…

With the surge in popularity of true crime around 2015, from the podcast Serial to Netflix’s Making A Murderer and HBO’s The Jinx, it was only a matter of time before the genre became the subject of parody. But when true crime mockumentary series American Vandal was released on Netflix in September 2017, viewers soon found that there was a lot more to it than initially met the eye. To the uninitiated, it was a bit of a surprise to see it among the winners of the 2018 Peabody Awards, which honour “the most powerful, enlightening and invigorating stories in television, radio and digital media”, but to those who actually watched it this accolade came as no surprise at all.

The crime at the centre of American Vandal, as you can probably surmise from the name, is vandalism. Namely, someone spray-painted obscene images onto 27 cars in the teachers’ parking lot of Hanover High School. We know that it happened on a particular day between 2 and 2.30pm, because the parking lot CCTV footage for this half-hour period was deleted by the offender. Excluding staff, the only people with this sort of access to school CCTV footage are members of the AV club, and of those nine students, there is one obvious suspect…

Senior student Dylan Maxwell (Jimmy Tatro) is a known slacker and troublemaker, with his own YouTube channel dedicated to pranks, and his alibi for the time of the vandalism is flimsy at best. But Dylan insists that he didn’t do it. Although the evidence against him was initially more circumstantial than conclusive, his fate was sealed when a student came forward and claimed that he actually saw Dylan spray-painting the cars. The school board considered the case and decided to expel Dylan, meaning he will miss out on graduating from high school and must work to pay off the damage he has been accused of causing. There’s even a possibility that the school will press charges against him. 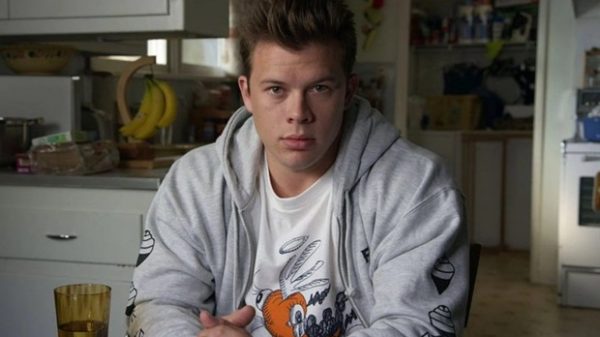 Dissatisfied with the school board’s investigation, sophomore student and wannabe filmmaker Peter Maldonado (Tyler Alvarez) resolves to make a documentary about Dylan’s case and find out whether he is truly innocent or guilty. And if he is innocent, then who’s letting him take the fall for their crime? With the help of his friend Sam Ecklund (Griffin Gluck), Peter digs into everything from Dylan’s alibi and background, to the other potential suspects and the reliability of the ‘key witness’. The resultant documentary is American Vandal.

The real-life creators of American Vandal have spoken about the measures they took to ensure that the series felt more like a documentary than a mockumentary. This included recruiting crew members with backgrounds in the documentary format rather than comedy or drama (e.g. the cinematographer worked on Netflix’s Amanda Knox) and finding a cast who were not particularly well-known. They wanted the show to generate laughs, but also seem real and earnest with no winking at the audience.

Their efforts paid off, because it’s very easy to get drawn into the central mystery of the series and become just as determined as Peter to learn the truth. Like Serial’s Adnan Syed or The Staircase’s Michael Peterson, it’s impossible to tell whether Dylan is being honest or simply stringing us along. This is something that Peter has to grapple with as well, at one point wondering “Am I his biggest prank?” as he becomes increasingly involved in Dylan’s case. He also runs into problems after starting to release episodes of his documentary online, with everyone seemingly having a different theory about the vandalism, and both students and teachers having to deal with the consequences of what they have said, or what has been said about them, on camera. 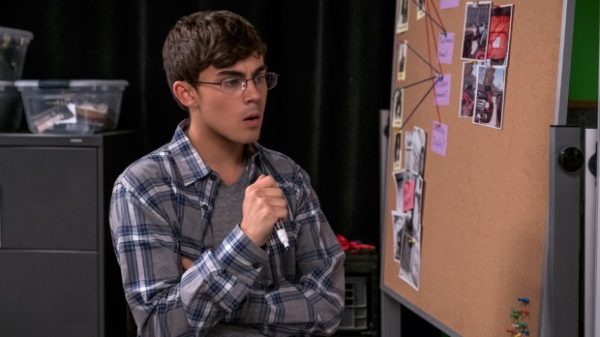 American Vandal should also be commended, given that it’s about modern-day high school students, for featuring social media in a prominent and realistic way. Instagram, Snapchat and other platforms play an integral role as sources of evidence, and at one juncture there is debate around whether there is a meaningful difference between a text message saying ‘hey’ or ‘heyy’. In the particularly memorable episode Nana’s Party, Peter treats photos and videos from a party almost like pieces of a jigsaw puzzle, using them to build up a timeline of the night and scouring their contents for information.

Season 2 of American Vandal sees Peter and Sam, following their initial series becoming a viral hit, infiltrate a Catholic high school to investigate a prankster known as ‘the Turd Burglar’.

American Vandal is available to watch on Netflix.