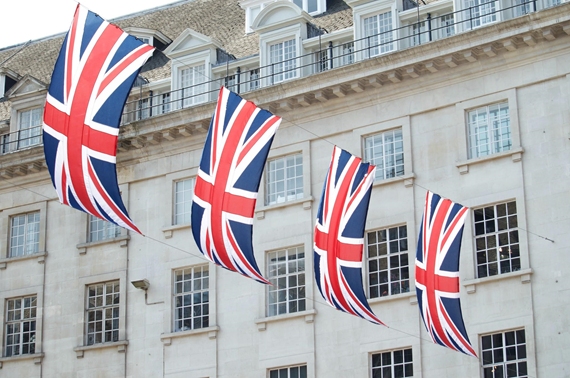 Photo by A Perry on Unsplash

Britain might be famous for being a cold, rainy island in the North Atlantic, where the sun often disappears for weeks, but there’s one thing the country does do well — create good comedy.

Although the British sense of humour can be eccentric, and maybe conceited sometimes (other nations can be just as funny, despite what some Brits think), it has also been the driving force behind some of the most famous comedy series in the world, including the likes of Monty Python and The Office.

Let’s take a few minutes to look back on some of the finest comedy moments the rainy isle has given us over the last few decades.

‘DAN’S a fantastic man!’ Or, at least he is to Alan Partridge. Both men love cheap business suits, talking about the latest mobile phone upgrades and corny jokes.

So it’s no surprise that, when Alan spots Dan across a car park, he wants to get his attention. But maybe he wants it a little too much. As his bewildered assistant and girlfriend look on, a desperate Alan screams Dan’s name 14 times, before pausing, turning away, then shouting it just once more for good measure.

Apparently, Dan doesn’t hear and continues walking. Maybe he’s not so keen to be friends with Alan, after all.

The rivalry between Del Boy and the shady car dealer Boycie always made for entertaining scenes in this classic series, and it came to a head in a winner-takes-all poker showdown at Del’s flat.

These were the days before computerised versions of the game, whether it be online or video poker, so the betting stakes didn’t have to stop at whatever you had in your bank account. In a dramatic final hand, Boycey appears to have the edge and bets more than Del can afford: way more.

Amazingly, Del agrees to it, staking his jewellery, his car, and even his flat to match the amount. Boycie shows his hand: he has four kings and Del looks like he’s lost everything after he sadly states that he has two pairs in response.

They aren’t just any two pairs though – they’re four aces. Del wins the lot, before revealing that he cheated, the same way Boycie did to get the four kings!

Seeing himself as ‘a chilled-out entertainer’ more than a boss, David Brent is always up to foolish things in this hit comedy series. But he takes it to the next level at this charity event held in the Slough branch.

After his rival Neil puts on a smooth dancing routine with colleague Rachel, David looks on enviously as the crowd of workers cheer and clap. As the performance finishes, he can be heard to boast about his own dancing skills, a kind of “Flashdance/MC Hammer fusion”.

Egged on by the crowd, he goes on to show off his own bizarre routine, which gets more and more cringeworthy as it goes on, to the tune of David’s own manic humming.

The Monty Python team will go down in history for their unique brand of humour that pushed comedy boundaries at the time.

The Dead Parrot sketch is one of the best examples of this. Taking a dead parrot back to the pet shop where he bought it from half an hour previously, John Cleese proceeds to scream in the poor creature’s face to prove its lack of life.

Unfortunately for him store worker Michael Palin isn’t convinced, which causes the customer to go through a famous list of phrases including ‘this parrot is no more’, ‘it is bereft of life’, and ‘this is an ex parrot’.

The sketch ends in bizarre fashion, with the shop owner revealing his wish to be a lumberjack, but the scene is looked back upon as one of the finest moments in British TV history.

The Vicar of Dibley – The Puddle

The unforgettable moments of being in love…gazing into each other’s eyes, candlelit dinners, jumping in puddles.

OK, maybe not the last one. But it happened to the Vicar of Dibley as she went on a romantic walk with her new boyfriend. Nobody saw it coming as they strolled down a damp country lane, not even when they decided to have a bit of fun and splash around in the puddles of water as they walked. Up steps the Vicar with one big leap and…disaster — she’s plunged into a deep pool of rainwater.

Dawn French, famous for her vibrant displays as the fun-loving Vicar, pulls off a masterclass comedy reaction as she struggles and writhes around in the pit while her boyfriend desperately tries to get her out. A 90s classic.

One of the joys of Peep Show is the personality between its two main characters. Mark’s nervous nature and Jez’s nihilistic spirit often clash to bring up some excellent comedy moments.

A great example of this is in a Christmas scene. Already tense with nerves ahead of hosting a festive meal, Mark asks Jez where the turkey is – the key part of the meal and also Jez’s responsibility.

When Jez says he’s forgotten to get the bird, Mark explodes into a sweary rant, shouting at Jez in a blind rage. Of course, Jez is simply joking, which makes Mark look extremely foolish indeed. Many of us who have been with family at Christmas might have experienced a similar situation!