Fans of the Yorkshire vet can look forward to Series 3 and 4, plus two more Christmas Specials.

Hot on the heels of its 2021 Christmas special, ViacomCBS have announced two further six-episode runs for All Creatures Great and Small. The 1930’s set Yorkshire veterinary drama will also be back for two further festive visits too.

Adapted from the books by James Herriot, the story was memorably first brought to the small screen by the BBC in the late 1970s after a couple of movie adaptations – the first of which being where the series takes its name (drawn from the hymn “All Things Bright and Beautiful”). 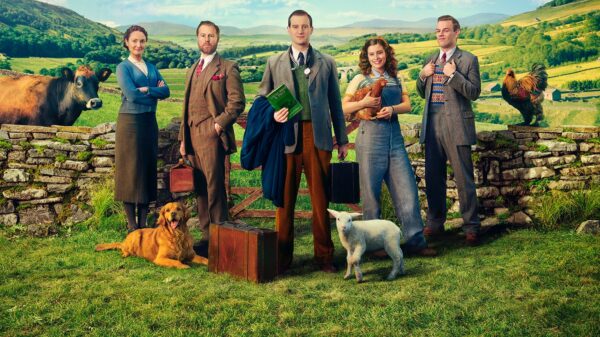 The current version, which debuted in 2020, stars Samuel West, Rachel Shenton, Nicholas Ralph, Anna Madeley and Callum Woodhouse. The cast are expected to being filming in the spring.

With much of the show’s appeal based on its stunning Yorkshire views, we also hope to see more of the pampered pekinese Tricky-Woo and his owner, Mrs Pumphrey (Patricia Hodge). The actress took on the role from the late Dame Diana Rigg, who passed away after filming the first series.

Here’s the synopsis for the next run:

As series three returns, we will rejoin our beloved Skeldale House family in the Spring of 1939 as the prospect of another World War looms large over the Dales. Change is afoot for all our Darrowby residents, especially James and Helen, who are embarking on the next chapter of their lives as the wider world around them heads toward a period of great uncertainty.”

War was looming as series 2 ended, with Neville Chamberlain’s “Peace In Our Time” speech featuring in one episode. An ominous military plane flew in final moments of the recent special too. It will be interesting to see how the show handles WWII itself; The BBC version stopped short of the conflict, seeing some characters enlisting in the RAF at the end of season 3. When it returned, after a break of some years, the timeframe jumped on to the 40s. 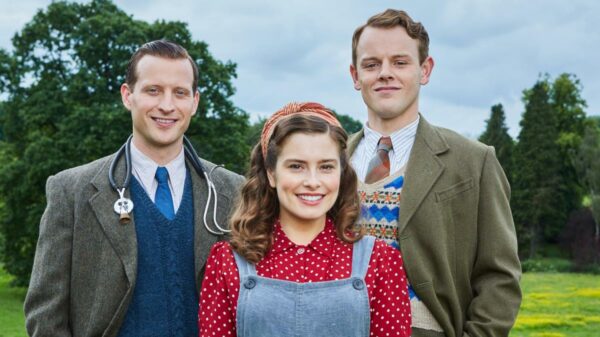 On a lighter note, Darrowby has James and Helen’s upcoming marriage to look forward to – an event we had rather expected to take place at Christmas.

All Creatures Great and Small Season 3 is promised to be on British screens “sometime this year”. If it follows form, that’s likely to mean late-autumn for Channel 5. In the US, MASTERPIECE on PBS premiered the second series on January 9th 2022.