Ever think that your job will make a great TV show? Well, you are probably right because we all have lots of funny stories to tell from our jobs. Whether it is a funny co-worker that is always goofing around, a grumpy boss that sits on your nerves, or an office accident that made everybody laugh like crazy, each of us could share at least a few hilarious stories that happened at our workplace.

Some offices are more fun than others, depending on the industry and services they offer. Yet, make no mistake, all employees are humans after all. And, humour, laughing, and doing crazy stuff that makes others laugh out loud are all parts of being a human.

If you’ve ever worked in an office, you surely know how many funny things can happen. But, if you haven’t, watching these workplace TV shows will show you all the fun behind working in an office: 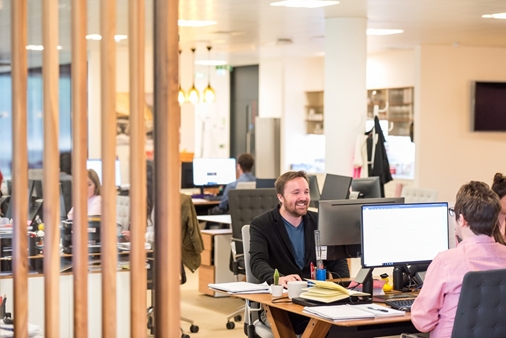 The BAFTA-winning comedy TV show is one of the most popular shows that reveal how crazy things can go when working in an office. The storyline of the TV show involves the story of a large paper company that decides that its time to downsize its branches.

The Office often shows powerful real-life concepts such as social clumsiness and the trivialities of human behaviour through funny attempts of the company’s general manager, David Brent, who makes great efforts to impress and attract his employees on his side. However, each of his attempts result in embarrassing and disastrous results such as verbal gaffes, inadvertent racism and sexism, and awkward moments.

The TV show reveals, in a funny manner, the everyday challenges that leaders or bosses face when they aren’t exactly really popular among their employees. David Brent’s attempts to make his employees like him only get him in more trouble and create a series of funny events in the office.

The American political satire sitcom Parks and Recreation is another famous mockumentary workplace comedy. Created by Greg Daniels and Michael Schur, who both also worked on the American version of the TV show “The Office”, the show features a hardworking government employee who goes beyond and above to convince her co-workers that they must do something to improve their hometown, Pawnee, Indiana. How? By creating parks and recreational areas one by one.

There are actually many valuable office lessons that we can all learn from Parks and Recreation TV show, including how disastrous workplace relationships could turn to be and how challenging it can be to assimilate new employees into an already existing department. Pushing the limits of acceptable behaviour in an office for laughs, the show reveals concepts like conflicts, relationships, and challenges in the workplace.

If you want to learn more about work friendship and the way we bond with our co-workers, you have so much to see in the American period drama television Mad Men. The storyline of the TV show focuses on the day-to-day workplace life of the employees of one of the most reputable ad agencies in New York, as well as their personal lives.

Although the story of the TV show takes place at the beginning of the 1960s, some of the themes are still relevant to today’s modern workplace such as inequality in work distribution and the discrimination of female co-workers. Moreover, the TV show also presents, in a comic manner, the dangers that all office employees are exposed to.

Offices are though to be a pretty safe workplace. However, there are many hazards that can take place. And, Mad Men, succeeds to show those dangers in one iconic episode of the TV show called “Guy Walks into an Advertising Agency, the story of the employees gets complicated when they have to prepare for an upcoming visit from one of the “big bosses” of the company. As things start to get crazy in the office and one crazy thing leads to another, one of the employees loses a foot after a mower is run over his foot. And, this accident ruins his career. Although the show presents the event in a funny manner, in real life, such an event would require the help of a personal injury solicitor.

Are you one of the employees who do anything else but work? Well, if so, you must know that you aren’t exactly that popular among your co-workers who must complete your tasks too.

Workaholics is a Comedy Central show that follows the lives of a group of friends and co-workers who aren’t exactly keen to work that hard. The American TV show features the lives of three college dropouts who are friends and also become co-workers after being hired at a telemarketing company.

The three friends not only work together at a 9 to 5 job but also live together from 5 to 9 which leads to a series of funny events from drinking to partying and pulling pranks on each other.

The show has an extremely funny manner of showing why working together with your best friends is a huge plus and why it can also be extremely difficult sometimes.

The British sitcom, The IT Crowd, focusses around the stories of three staff members of the IT department of a fictional reputable company. From a coding genius to a shy co-worker and that co-worker who actually has no idea how to get things done, the three make a comic team. They go through many funny moments which aren’t different than most of the things that happen in modern real-life offices too, except for the fictional events when things go absolutely out of control and things literally get on fire.

Working in an office can be stressful as you have to learn how to get along with all your co-workers. However, just like it is in movies or TV shows, it can also be a lot of fun.