Classic episodes of Doctor Who begin airing on the Horror Channel today, launching with the very first story, ‘An Unearthly Child’, followed by one story from each of the first seven Doctors over the Easter weekend.

Double-bills of classic Doctor Who will then air in daytime and evening slots each day in chronological order starting from Monday 21 April, including ‘Genesis of the Daleks’, ‘The Mind Robber’, ‘The Talons of Weng Chiang’, ‘The Daemons’, ‘The Caves of Androzani’, ‘Attack of the Cybermen’ and ‘The Curse of Fenric’.

CultBox caught up with the Fourth Doctor himself, Doctor Who legend Tom Baker, earlier this week in London for a chat about his time on the show…

How did you feel when you knew that Doctor Who was coming to Horror Channel, being a horror fan yourself, and reaching more of a horror-loving audience?

“Well, the bigger the audience the more I like it. Horror has its place. We only wanted to dwell on ‘funny horror’.”

Horror Channel used to show your horror film, The Mutations. Do you remember that?

A number of your Doctor Who adventures had a real horror edge to them. Was that something that you encouraged? Did you like working with your producer?

“I liked working with my producer when he agreed with me! When he didn’t, I didn’t like working with him at all!

For you personally, what are some of your favourite horror moments in the stories you did?

“You mean in the script? I liked ‘The Genesis Of The Daleks’ very much, that long speech – ‘Have I the right?’

“I mean, if someone gave me two wires now, and said to me if you touch them together, you could blow up the whole of the BBC… well, I think I might be tempted, yeah! But I’d only be tempted for a second. And then I’d do it! Daily Mirror’s taking notes!” 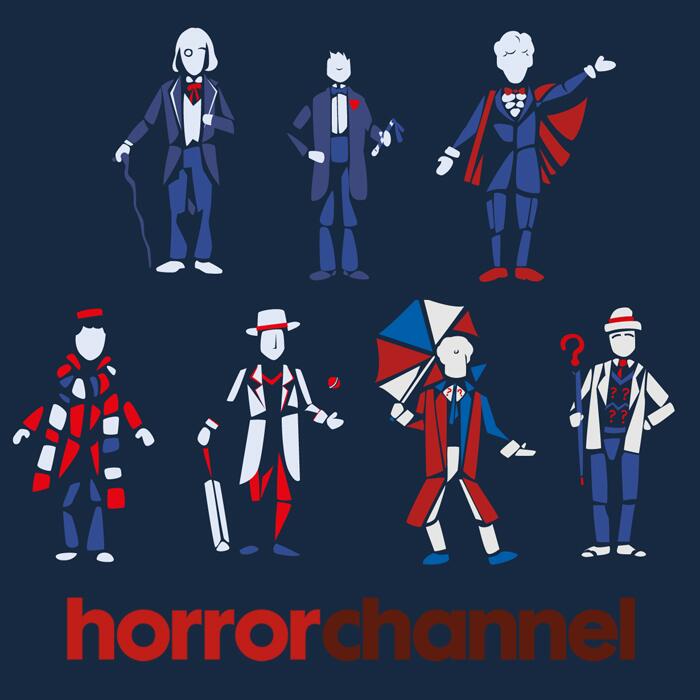 What was – what is – the best thing about being The Doctor?

“It was just being a children’s hero. It was as simple and as wonderful as that. It still goes on to some extent. The children are now middle-aged. But they still want to sit on my knee. Nostalgia is a powerful thing.”

They still sit on your knee?

You’re recognised all over the world. Are your fans different in certain countries?

“I get a lot of mail from new markets now – from Russia, and the Ukraine, and Norway, and .. I had some from… Cornwall!

“[It’s] almost always the same: full of admiration and that they find me funny, and they like the excitement. Older people, when they see me in the street now, who are now in their early forties, they’re sometimes catapulted straight back! To when they were small. And happy. And full of hope!

“That’s why nostalgia is so poignant, isn’t it? It reminds us of a time before we were disappointed. Before we were unhappy.”

You were a trained actor anyway, but did you learn anything new about the craft of acting during your seven year stint on Doctor Who?

“Did they say that? I think that might be true. The thing is, you know… No! I can’t tell you.”

You told me earlier that you had a pretty bad accident whilst filming?

“I got hurt because I wasn’t very quick on my feet. I broke my collarbone. But it made no difference at all, they just got a double for the running shots, and came in on me for the close shots. So after that, I never ran anywhere!”

What were your favourite characters or monsters or robots to work with?

“It was so wonderful doing that job that sometimes I used to look at the clock, and it would get around to quarter past four.

“Sometimes I wasn’t always happy in real life, but I was perfectly happy in the  rehearsal room of Doctor Who. And when I saw it getting ‘round to quarter past four, my heart used to sink, I used to think ‘they’re all going off now’ – and I didn’t want it to stop. I preferred to be on the set, messing around with monsters and arguing about the script than real life. Because real life is not my forte, really.”