Roald Dahl’s Most Marvellous Book will climax with the nation voting on their favourite book via Twitter, choosing from classics such as Charlie & the Chocolate Factory, The BFG, The Witches, Matilda,The Twits and many more.

You’re presenting Roald Dahl’s Most Marvellous Book on Channel 4. Can you explain a bit about the programme?

“We’ve gathered together the great and the good, some serious people, to put their case for their favourite Roald Dahl book. We’ve got Steven Spielberg talking about the BFG, for example, or Julie Walters talking about James and the Giant Peach. It’s an incredible bunch of people, and they all make an impassioned plea for their favourite book. And what’s very interesting when you look at all of the books together is that there’s no consistent THEME running through them. They’re all completely different.

“Danny the Champion of the World, for example, has no magic in it at all, it’s all perfectly real, whereas The Witches is all about magic. Unlike a lot of authors past and present, he only ever did one sequel. So all the books feel special.

“Charlie and the Chocolate Factory might be the most famous one, but I think you can make a reasonable case for all of them. I’m really delighted about the calibre of people we’ve got on the show, they’re so talented, they’re all hugely talented people in their own right, it’s not a bunch of REALITY STARS who have been on telly for five minutes.”

Did you have a favourite Roald Dahl book growing up?

“Charlie was really special to me, because it was the first one I read. I read that when I was nine or ten. I was born in 1971, and Dahl kept on writing right into the mid-1980s, so I missed some of them at the time. I probably didn’t read Matilda until I was an adult. 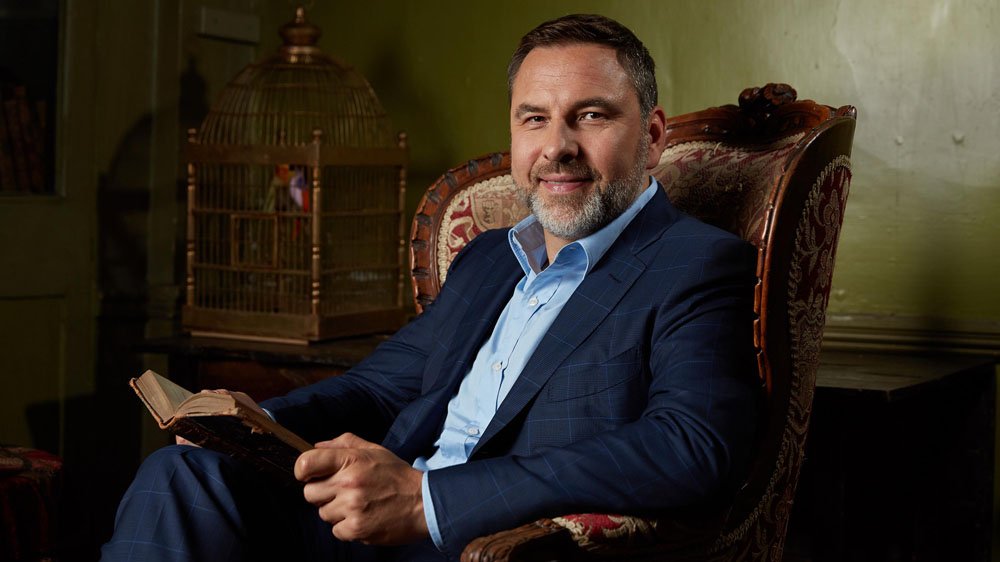 “I think the one that’s special to me is The Twits, because it’s so unusual to have a children’s book without any children in it. Also, to write a children’s book about an old married couple who hate each other, that’s a real feat of imagination. I think it’s also his funniest book, because the emphasis is completely on that.”

Now that you’re an author yourself, do you dip back into Roald Dahl’s books for inspiration?

“Not direct inspiration, because there’s no point trying to copy him or anyone, but when you’re trying to write a book, it’s helpful to read some brilliant writing, because it really reminds you what brilliant writing is. Although people celebrate his stories and characters, he’s just an amazing writer in terms of words on the page, the way he constructs sentences. He’s definitely inspiring, because he’s the gold standard.”

Do you think being a writer has given you a greater appreciation of his craft?

“Oh, definitely. But I think that’s also about reading it as an adult. When you’re an adult, you appreciate the craft more, you think about how his sentences work or how he’s telling the story. So I think I do appreciate his work in a slightly different way now.”

He’s not afraid to take his stories to a pretty dark place, which is quite a brave thing in a children’s book. Do you think kids respond to that?

“Yeah. I think they want dark stories. It’s only grown-ups that worry about those things. In The Witches, he talks about the fact that the witches kill children. It’s one of the first things in the book. It’s an incredible, startling sentence. ‘These witches, they kill children.’ I think the best children’s books are the ones that you might read under the covers with a torch. They’re the most exciting children’s books.”

One thing you deal with in the programme is the fact that Roald Dahl suffered various tragedies in his life. Do you think that contributed to making him the writer that he was?

“I think definitely. His daughter Olivia who died, he had a picture of her in his writing chair, at head height, so he obviously thought about her all the time. He had a lot of difficult things happen in his life. 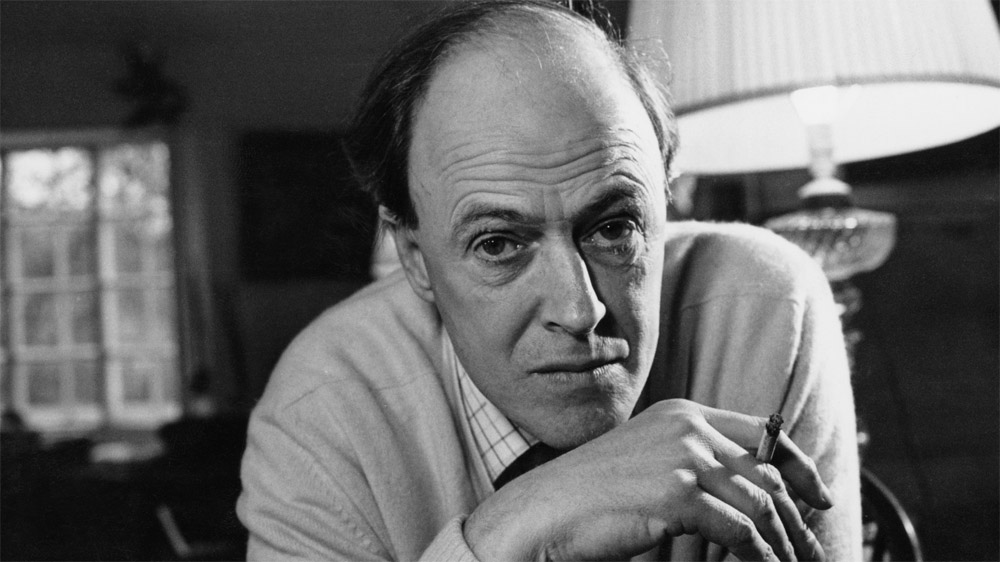 “He went through World War II, crashing his plane, being in pain for much of his life, having a child that was in an accident, another child that died, a failed marriage. He went through a lot that was painful and difficult, and I’m sure that had an influence on his work.”

You’ve been described as a modern day Roald Dahl. How does that feel?

“Well, I try not to dwell on it, because it’s easy to worry too much about what other people say about you be it good or bad. I don’t think there are many similarities, I think it’s just that lots of authors now are doing series of books, there’s not so many authors who do a different story each time. So I think there’s that similarity. And we share an illustrator in Sir Quentin Blake.”

Were you inspired to ask him to illustrate your books because of his work with Roald Dahl?

“Yes. And because he’s the most talented illustrator out there. And I think having him on board gave my books a credibility they might not otherwise have had. I was coming from writing for television, and people can be a bit snobbish about that. And lots of celebrities have given books a bad name by putting their names to things they didn’t actually write.

“So having him illustrate the books gave them a bit of credibility. He responded to the writing. He didn’t have to do it. He’s got nothing to prove, there wasn’t much in it for him, it just came down to whether he wanted to illustrate it. So it was a real honour, having him work on my books. And also, it meant I got to go and drink tea with him and talk about Roald Dahl. To talk to someone who actually knew him was incredible, because he’s such a giant, and he’s becoming an even bigger figure. 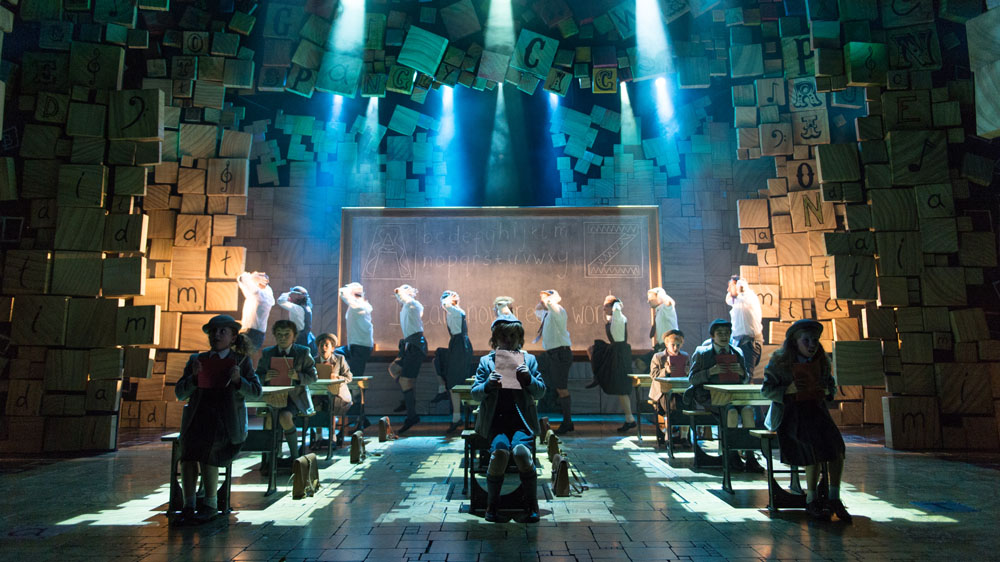 “There’s the BFG, recently there was the second movie of Charlie and the Chocolate Factory, there are two musicals of his books running in the West End. That’s incredible! And he didn’t actually write that many books. I recently met Michael Morpurgo, who’s written, like, 150 books. Roald Dahl didn’t write more than about 20 children’s books.”

Do you need to have a childish aspect to your personality to write children’s books?

“I don’t know if you need to be childish – I don’t think Dahl was at all childish. He doesn’t seem it. He could be quite severe and imperious. I think it’s more that you can see the world through a child’s eyes – that you can look back on what it meant to be a child. He does that brilliantly in Boy, his autobiography which he writes very much from the point of view of being a child.

“It’s a very special memoir because of that. So I don’t think it’s about being childish, but being able to remember what it was like to be a child. And he had a very large family – there are lots of images of him sat around the dinner table with all of his family, and I think he was always joking around with them, and was inspired by them. “

In the programme, it’s a popular vote to find the most marvellous book. How’s the voting going to work?

“It’s all going to be done on Twitter. The public can vote using a different hashtag for each of the featured books. It’s a bummer for people not on Twitter, but it’s a really interesting way of doing it. I’ll be fascinated to find out what are people’s favourites.

“When I go into schools to encourage kids to read, when I mention Charlie and the Chocolate Factory, there’s huge recognition. I’d say they’ve almost all heard of it, and most of them have read it. So that’s probably the front runner.”

If you were a bookmaker, would you make that one the favourite?

“I think Charlie and The Chocolate Factory probably. It’s the most celebrated – it’s part of our culture – the golden ticket, the Wonka bars, the grandparents all in the same bed – it’s got so many moments that stick with you. So I’d say that has a really good chance. 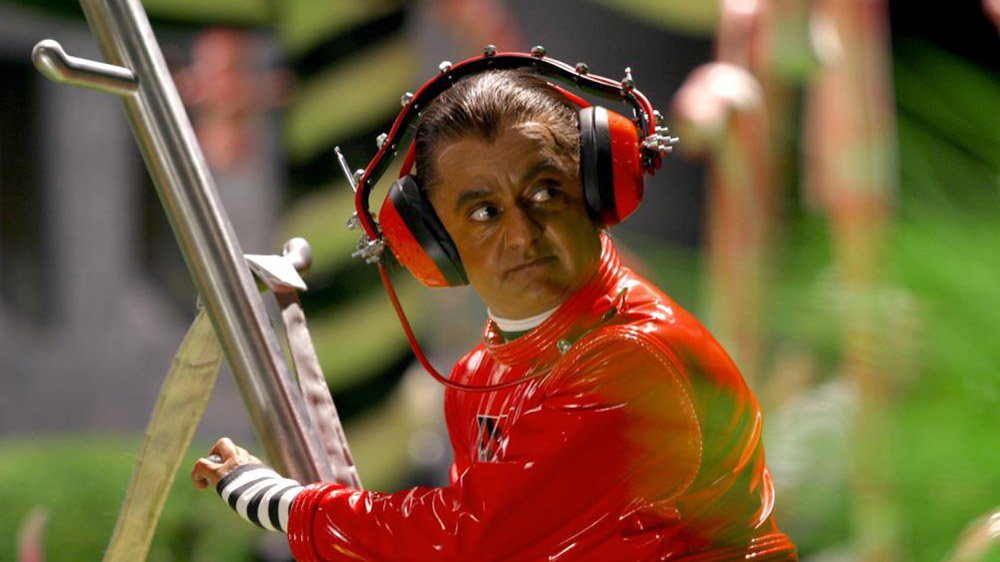 “I suppose it depends on a lot of the passionate arguments by our celebrities. Who’s going to argue with Steven Spielberg?”

Obviously you don’t ask everyone you meet what they think of Roald Dahl, but he seems to be universally loved. Have you ever met anyone who thinks his books are rubbish?

“For me, because of the breadth of his work, he is the greatest children’s writer of them all. Obviously there are other geniuses, from Lewis Carroll to Tolkien to JK Rowling but I think that Roald Dahl’s ability to start from scratch, to create entirely new and unique characters and worlds in each of his books, makes him stand out even from such a collection of geniuses.”

If you could choose one aspect of Dahl’s writing that made him so unique and special, what would it be?

“For me, it’s the tension between the darkness and the humour which is so extraordinary. There are scary children’s books and there are funny children’s books, but not many people manage to combine the two. All of his books have this darkness in them, but they are so funny, and also so full of invention. He’s so relentlessly inventive, so incredibly imaginative – he’s got all of the things you’d want from a children’s writer. 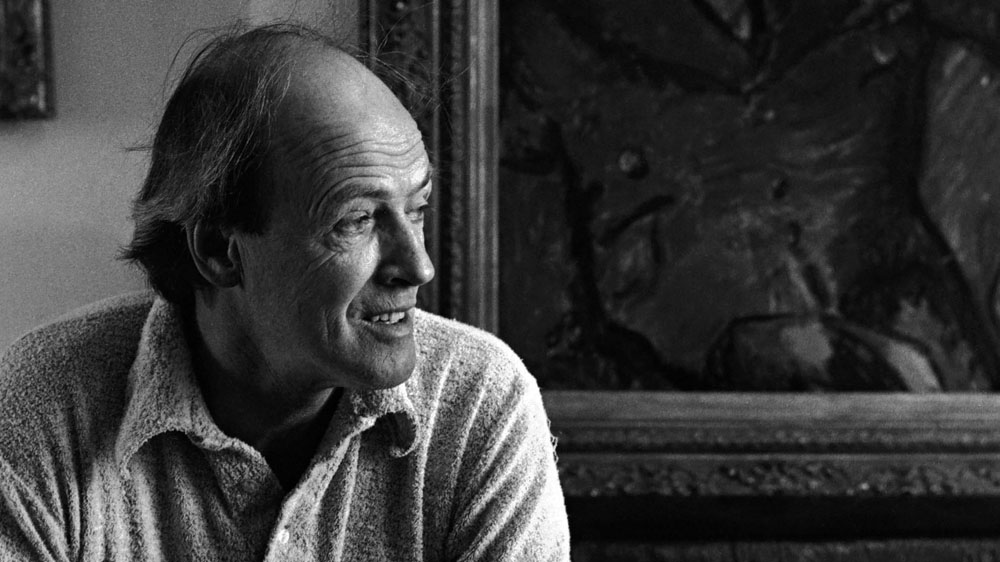 “He never lets you down. And because he wasn’t that prolific, I feel like he only wrote something when he really felt like he had something to say. You never feel like he was writing something as a contractual obligation. And then there are some incredible messages in his books.

“There’s that bit in The Witches, where the boy realises he’s going to stay a mouse, he’s not going to become a boy again, and so he’s not going to live for very long. And his grandma says – and I’m paraphrasing here – ‘It doesn’t matter how long you have, all that matters is that you’re loved, and you love.’ What an incredible thing to have in a children’s book.

“Roald Dahl’s books don’t seem to age. They’re all still so popular. When I go into schools, kids can’t believe that Charlie and The Chocolate Factory was written over 50 years ago, or that Roald Dahl died over 25 years ago. His books are alive again. I can see no end to it, because the books are timeless.”

What’s your favourite Roald Dahl book? Let us know below…