The X-Men meet their most formidable adversary yet in X-Men: Apocalypse, and to fight a mutant who is essentially a living god, they’re going to have to work together like never before.

10 years have passed since the events of Days of Future Past and our heroes are in very different places. While Professor Charles Xavier (James McAvoy) and Hank McCoy (Nicholas Hoult) finally have their school for gifted youngsters open, welcoming and educating mutants who are just growing into their powers, Raven (Jennifer Lawrence) is clandestinely helping less fortunate mutants to fight back against human oppression, convinced that there will never truly be peace. And Erik Lensherr, the man also known as Magneto (Michael Fassbender) has opted for a quiet family existence in Poland.

But all their lives change when the supremely powerful Apocalypse (Oscar Isaac) awakens in 1983. Angered by what he views as a human society gone very wrong, he decides to put things right – even if it means destroying everything and starting again.

Nicholas Hoult returns to the role of Hank (also known, when in his hairier form, as Beast), the scientific genius behind the fledgling X-Men team’s technology. He’s confounded by Apocalypse’s awesome power, but still remains committed to helping Charles and his new students fight back.

Hoult, who has played Hank since 2011’s X-Men: First Class, was part of the cast for last year’s Mad Max: Fury Road and also worked with director Bryan Singer on Jack The Giant Slayer. His other films include Warm Bodies, A Single Man and About a Boy, and he stars opposite Kristen Stewart in the upcoming sci-fi romance Equals.

What are the big ideas this time around?

“The main concept behind this one is that mutants existed long before we ever believed they did in any of the other movies. And that gods from bygone eras, including Apocalypse, who is from Egyptian times, were actually mutants. He’s been trapped and asleep for thousands of years and suddenly, through a series of events, is woken up and is fairly shocked by the situation we’re in and isn’t too happy about it.”

“Yes! The clothes are all big. I felt fairly lost in most of my costumes.”

James (McAvoy) has said Xavier is going for a Miami Vice look this time. What is Hank’s style?

“Hank is always fairly conservative. His look, this time, is “1980s geography teacher” and nothing is quite put together in the right sense. It’s always a little bit cobbled together and uncool, but that’s his thing. He’s a teacher at the school now… he’s literally old school.” 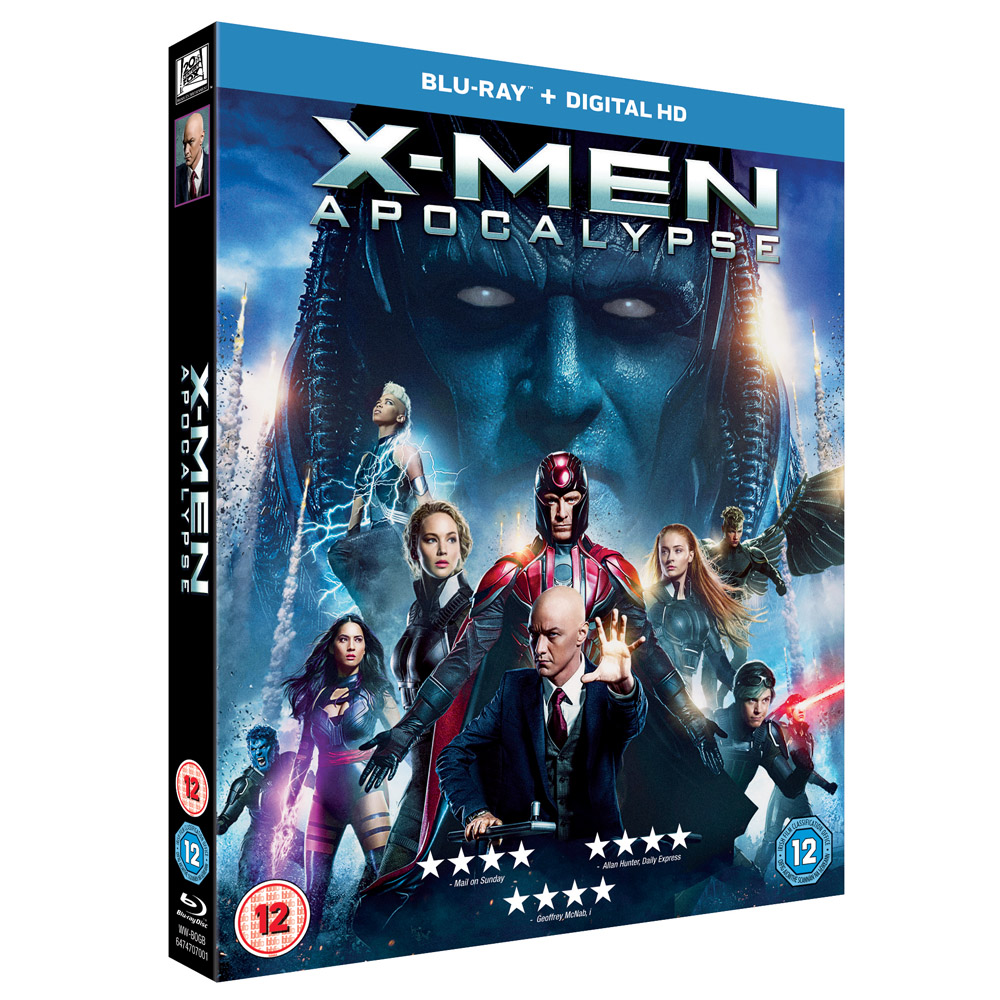 Where do we find him? The school is up and running now…

“In First Class, I was one of Xavier’s younger students. By the time we got to Days of Future Past I was kind of his caregiver/enabler, and now we live in that big old house, running the school together. The one thing that I never quite figured out was who was doing the lunches. I thought that was perhaps the one thing missing: Charles and Hank in the kitchen making hundreds of sandwiches and wondering who can’t have peanut butter!

“But when we meet them they’re in pretty good shape compared to the last one, everything is going okay. I suppose the main thing in terms of that relationship is there’s a slight difference in thinking from Charles’s beliefs, who feels that there is a way to peace for humans and mutants and for them to live alongside each other. As much as Hank hopes for that, he also expects the worst and has been working away in the basement, preparing for that.”

So he’s been designing the X-Men vehicles and other gear without Charles’ really knowing?

“Yeah, he’s been kind of going behind his back. It’s very impressive, the things that Hank makes down there in the basement. We need a good 10 years between each film just for him to rebuild all the things that have been blown up in the previous one.”

That does seem to happen to your characters a lot: they get settled and then some huge threat shows up…

“I’m waiting for the script to come along when there is no threat and it’s literally just us all hanging out at the house and using the powers to barbecue and have the mutant Olympics.”

So it’s going to hit the 1990s, and you’ll become the X-Men version of Friends, all in a coffee shop.

“Yes! Central Perk! That would be great.” 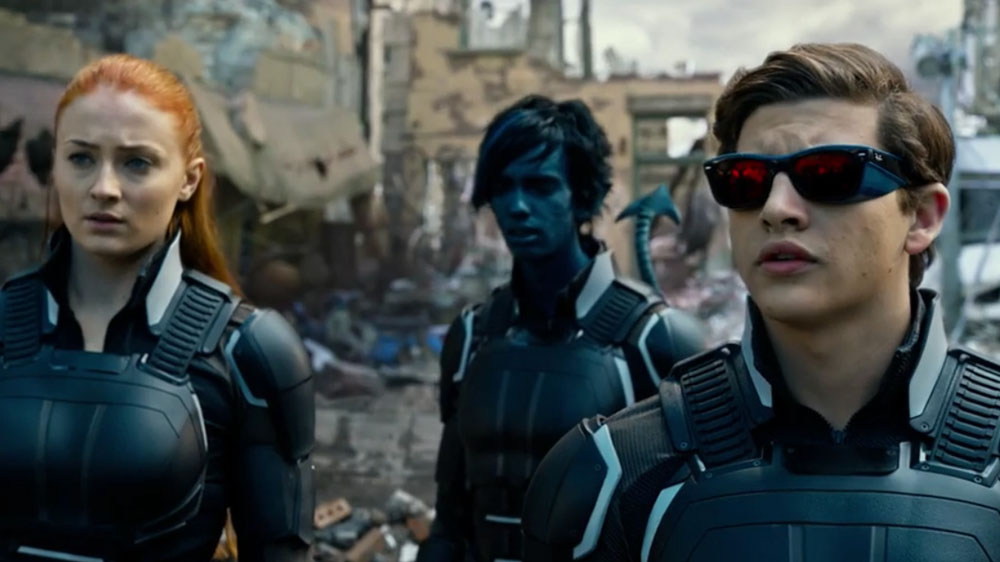 Hank is very much of a scientific mind; he’s very logical, and now he’s confronted with this idea of Apocalypse, who, while a mutant, is, for all intents and purposes, a god. What does that do to his head?

“The whole thing is pretty bamboozling to Hank because I don’t think anyone’s ever witnessed abilities like this before. So they’re kind of on the back foot from an early moment in the film and wondering how this is even possible. Then they’re playing catch up to try and figure out who this guy is, what his powers are and what he’s capable of, and how the hell they’re going to stop him.

“So from a scientific point of view, Hank is fairly ahead of the curve with all of his contraptions, but then this guy comes along who is just on a different level from anything they’ve dealt with before.”

Is Hank tested again in this film? Does he have a rough time of it?

“He does, because Charles is in the middle of his own peril in this film, and that means an unlikely group has to band together to try and save him. And while Hank has started to grow some confidence and faith in his powers in the last couple of films, he is still not necessarily a leader.

“He’s the guy who’s in the basement working away and then teaching. He’s fairly calm and sedate, but then he has to step up and guide the younger characters a little bit, who are all experiencing their versions of growing pains and having to grasp their powers. There’s a fair bit going on.”

Did it mean you got to do a little more in terms of action?

“Yeah, I did. I think Beast has gotten stronger in this one. He’s been working out between movies! We were doing some very cool things. The stunt teams on these movies are always wonderful and my stunt double does some pretty wild and gymnastic parkour stuff that I could never quite dream of, but when possible I get involved and get to pretend to be a lot stronger than ever humanly possible.

“There’s a cool fight routine between Beast and Psylocke where we go head to head for a little while. Though I did get a sword in the head from Olivia (Munn) at one point! No fault of hers at all, it was completely me not moving out of the way. And that would’ve been a nasty end had it been a real fight.” 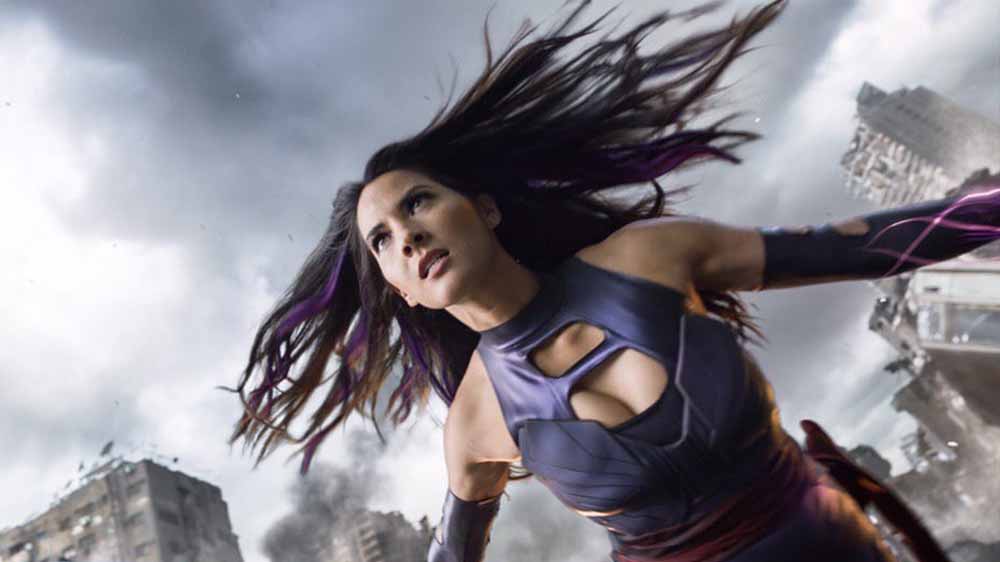 Have they tweaked the makeup again, made it easier for you to cope with it?

“The make-up is the same from the last film, but the make-up guys are on it. They’re wonderful, and I think they managed to get it down to two hours to put the full face on. And they built me a new muscle suit this time, which was slightly lighter weight and more breathable, so I wasn’t as hot.

“Those sets get very hot and then combined with being in clothes and a muscle suit and full mask and wig, I find that after 15 minutes I’m melting and I can’t keep my body temperature down. But it was certainly an improvement this time around.”

And you’re in a brotherhood with Jennifer Lawrence and new arrival Oscar Isaac, who had his own costume and prosthetics to deal with…

“The first time I got to Montreal, I think they had been shooting for a couple of weeks and I saw Oscar in his make-up, which is fantastic and wonderfully done and great, but I looked in his eyes when I first met him and thought, ‘I know your pain…’

“But he was wonderful, such a good sport with it and also brought such a great gravitas to that character that was fun to see, even though we didn’t do too much together.”

And he’s a great, thoughtful actor to work with, which must connect with you?

“Yes, that’s the thing with these X-Men movies, there’s a grounding and a basis for each of these characters. And then when you get great actors like Oscar or McAvoy or Fassbender that are bringing them to life, you really care for them and you have an understanding of them, which means that the films can have a real depth.

“They can be frivolous and fun and exciting and action-packed, but then there are moments that are really heartbreaking and true.” 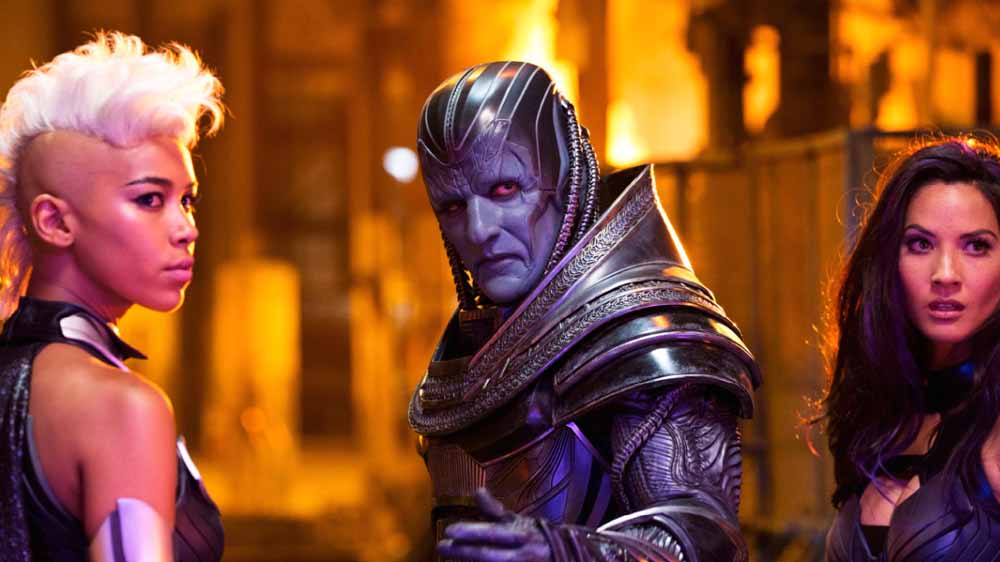 Days was the biggest film so far, but even from the early looks, it appears Apocalypse will be the biggest in terms of scale…

“Yeah, from what I witnessed of the final third action sequence, it was ginormous! And there are a lot of people with a lot of powers floating around doing all sorts of things. When you’re there on the day, you’re doing your smaller sections of it and then there’s a lot of work to be done with visual effects afterwards as well.

“But that’s the exciting thing about these movies – you go in for your days and witness your parts, but then there are whole sections of the movie that you didn’t see come to life or have been designed in computers afterwards, so suddenly to see that on screen is all very exciting.”

Bryan’s directing again. Is it just so easy now to work with him, given that he made Days of Future Past?

“There’s very much an easy understanding. It’s a fun environment to go back to. Plus we had some new cast members come in this time – the young Scott and Jean Grey and the rest – and it was fun to see the characters I knew from the first three films, but with these new takes on them and their origin stories, not to mention these really talented new actors bringing them to life.” 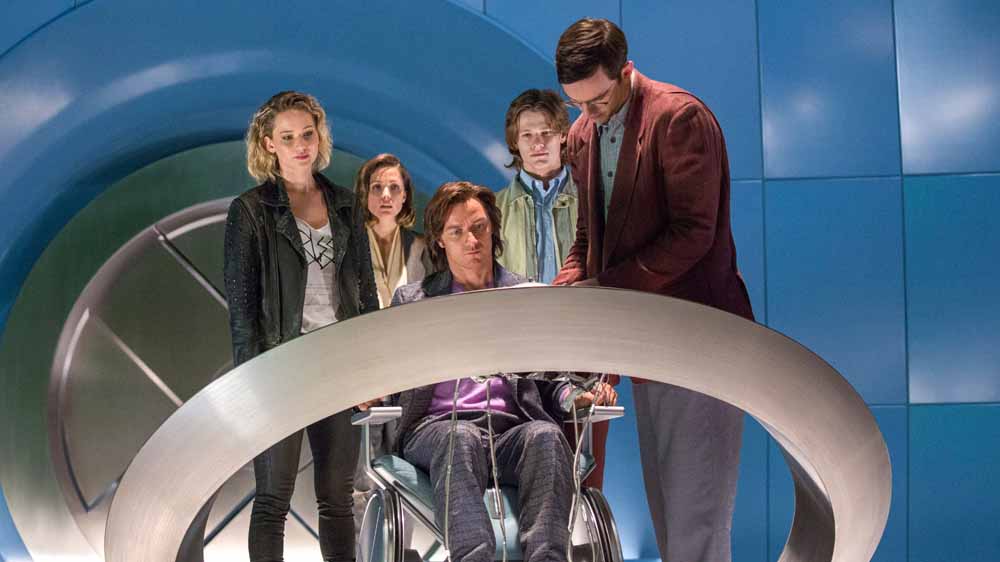 And you’re back with James and Jen and Michael from the core cast. You seem to have far too much fun behind the scenes…

“There is always a lot of fun going on behind the scenes, which is one of the best parts of it. If you’re having fun between scenes, then it shows through on screen. People do their best work in that environment. And it’s creative – you’re hanging out and having fun and then you come up with other ideas to try on screen. And you’ve got to get along, haven’t you?

“It’s like work bonding outings, except we do it at work, regardless of anyone’s personal health or safety.”