The epic Cliff Beasts saga will reach its peak on Netflix!

Styled CLIFF BEA6TS – Battle for Everest: Memories of a Requiem, Karen Gillan’s latest movie looks to have everything. Action, adventure, a stellar cast and, naturally, dinosaurs.

“Humankind is threatened once again by a dinosaur species: Cliff Beasts. The team must reunite, after five long years, to battle the Cliff Beasts — but this time on Mount Everest.”

If you’ve not been following this movie series (and frankly who can keep up with all the star vehicles on the streamers these days) there’s a whopper of a hint here; you can see this movie on the 1st of April.

However, rather than just a well-executed gag, it appears to be the first tease for an upcoming Judd Apatow film. With “Cliff Beasts 6” as it’s movie-within-a-movie, The Bubble follows a group of actors stuck inside a pandemic bubble. 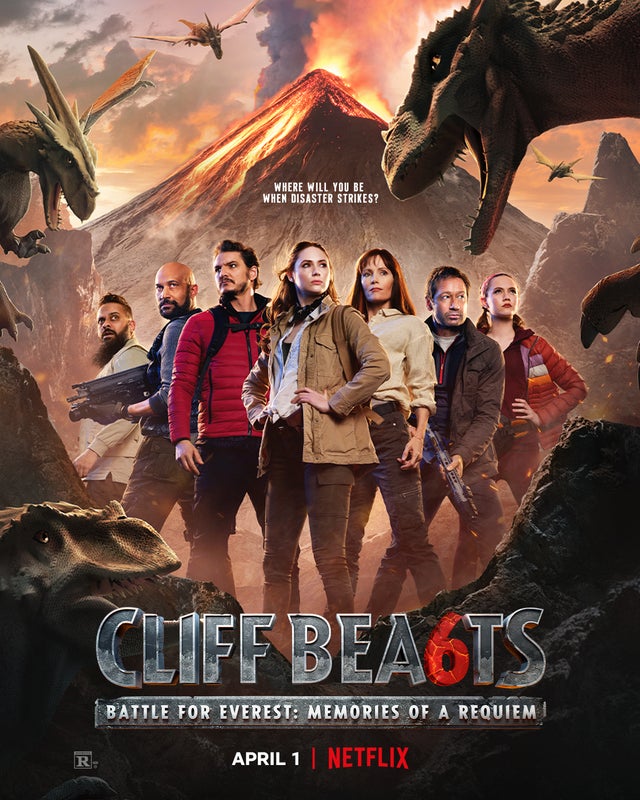 Quite who they are playing in the movie (heightened versions of themselves perhaps?) is uncertain. Regardless, it looks like a whole lot of fun!

The Bubble is written by Apatow and Pam Brady, directed by Apatow. Doubtless we’ll be hearing more soon.