The first promotional image has been released for The Street writer Jimmy McGovern’s new primetime drama for BBC One.

Broken began filming last year and is described as a “State of the Nation piece.”

Sean Bean leads the cast of the six-part series as Father Michael Kerrigan, a Catholic priest presiding over a Northern urban parish. 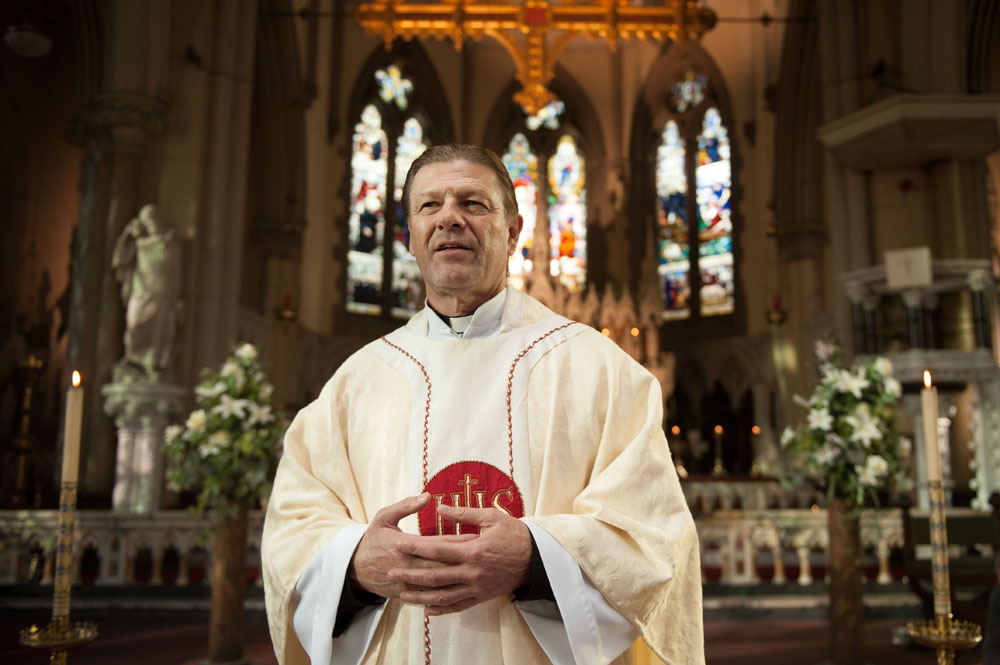 The official synopsis for Broken reads: “Modern, maverick, and reassuringly flawed, Father Michael must be confidante, counsellor and confessor to a congregation struggling to reconcile its beliefs with the challenges of daily life in contemporary Britain.”

Sean Bean commented last year: “I was very excited at the prospect of working with Jimmy McGovern again. His scripts are raw and real and he creates fantastic and interesting characters that resonate with society today.”