Doctor Foster writer Mike Bartlett has adapted his own Olivier Award-winning script for the 90-minute drama, reuniting with Olivier Award-winner Rupert Goold, who directed the original Almeida Theatre production of the play.

Written in blank verse, King Charles III is an imagining of Prince Charles’ accession to the throne following the Queen’s death. When he refuses to sign a controversial bill into law, political chaos ensues: a constitutional crisis, rioting on the streets and a tank in front of Buckingham Palace. As Charles wrestles with his own identity, the playful and poignant drama explores the implications for him, his family, and his subjects. 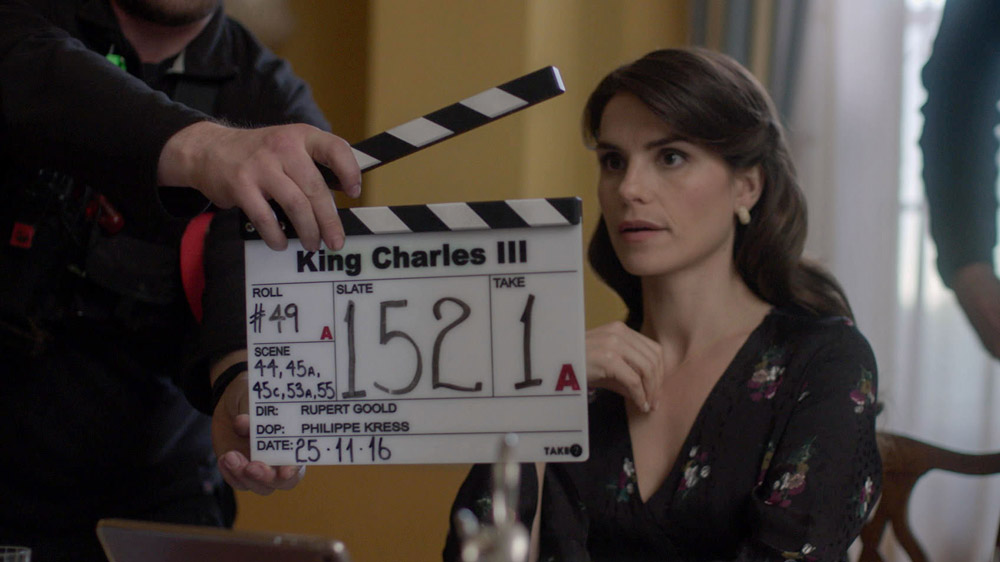 Charlotte Riley commented last year: “I’m really excited to come on board King Charles III – Mike Bartlett and Rupert Goold are two brilliant creatives. It’s such a unique project, to be both modern and rich in verse and to play someone who is real but yet totally re-imagined for this story, is an exciting prospect for an actor. Kate Middleton is a really interesting woman, particularly within the context of this play, and it is a challenge I am really looking forward to.”

Mike Bartlett teased: “We have an exceptional team, both in front of and behind the camera, and I’m looking forward to bringing this very contemporary royal tragedy to a national television audience.”

Tim Pigott-Smith added: “Performing King Charles in Mike Bartlett’s astonishing play in London and New York has been one of the high points of my career. I am thrilled that we are to film it – it is a drama about us, now, who we are, and the relevance of our monarchy. Television gives it an important democratic voice.”

Are you looking forward to King Charles III? Let us know below…