The crew of DC’s new Legends of Tomorrow series have built a makeshift Dalek to make Arthur Darvill feel at home on set in Vancouver.

Set in the same universe as Arrow and The Flash, Darvill’s new superhero action drama launched in the US last this month and begins in the UK on Thursday 3 March on Sky1.

The British actor, who played Doctor Who companion Rory Williams from 2010-2012, posted a photo on Instagram and commented: “The crew of LEGENDS OF TOMORROW are trying a little too hard to make me feel like I’m at home. Slow clap. Thanks guys.” 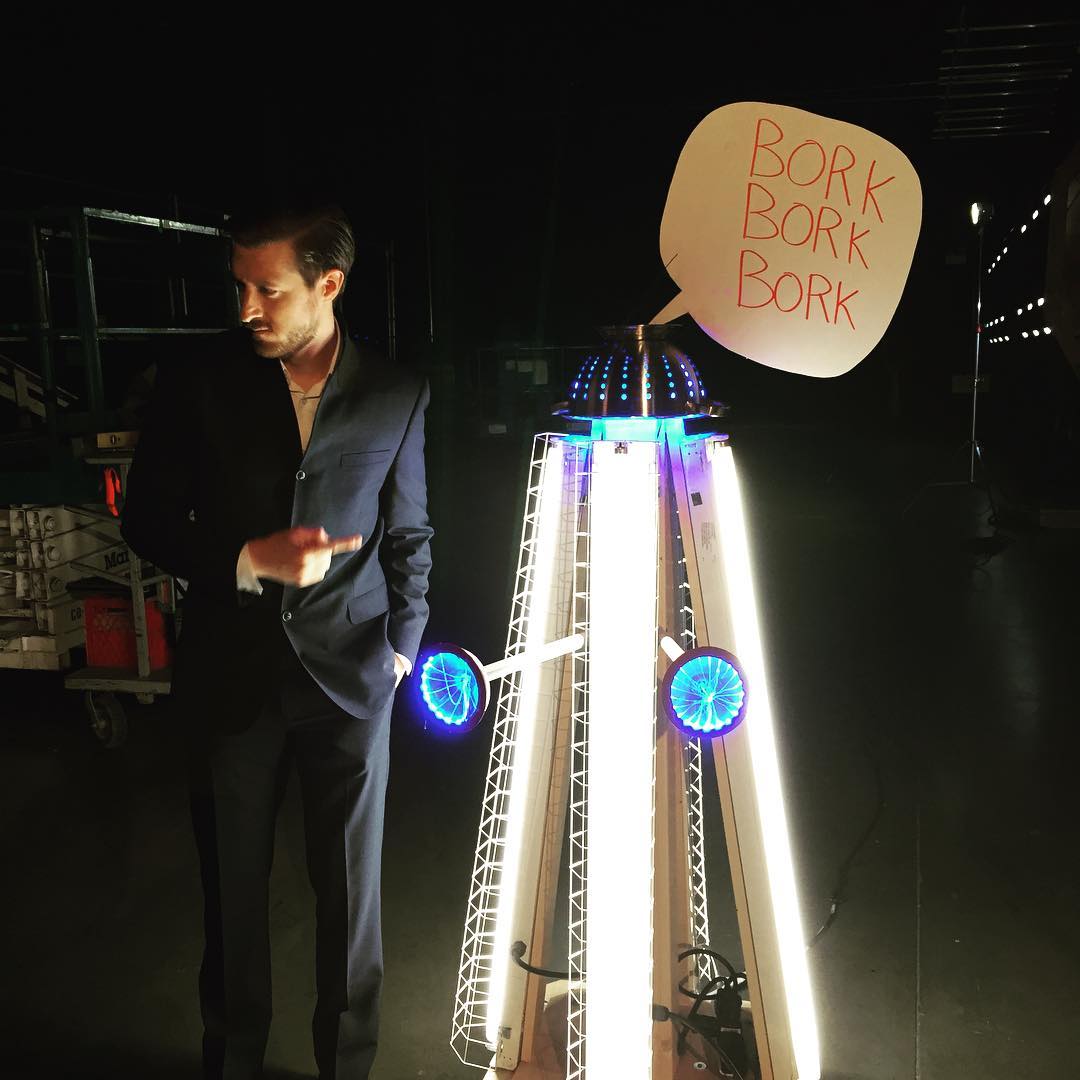 The show follows time-traveling rogue Rip Hunter (Arthur Darvill), having seen the future, putting together a group of both heroes and villains to take on the formidable, unstoppable threat of Vandal Savage – a threat that not only puts the planet but all of time itself at stake.

Are you looking forward to Legends of Tomorrow? Let us know below…