Gotham won’t be back on our screens for a few more months, but filming is already underway. To keep us entertained in this extended interim between episodes, Fox has unleashed an official image of A Walk To Remember‘s Shane West as Bane.

Bane, an iconic Batman villain from the comics, is best known for breaking Bruce Wayne’s back and temporarily putting him out of the superhero business. This famous storyline was previously adapted in Christopher Nolan’s The Dark Knight Rises, with the brilliant Tom Hardy donning the face mask as Bane.

Now, thanks to an official image that Fox released through Entertainment Weekly, we know that Shane West’s Gotham version of Bane will have a completely unique costume style… 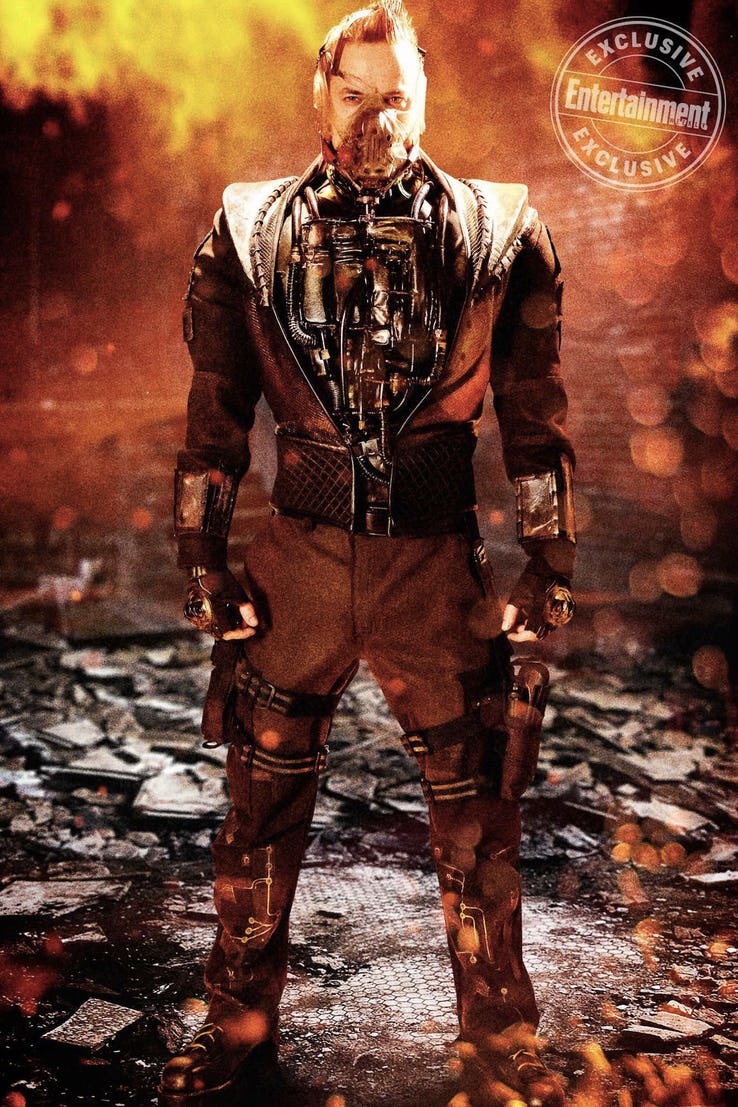 Comparisons have already been made to various icons of pop culture, including Darth Vader and Mad Max: Fury Road‘s Immortan Joe. It’s certainly a departure from the Tom Hardy look, with the shoulder pads playing in nicely to the ambiguous period setting of Gotham.

It’s also worth remembering that Gotham is a prequel, so this may not be a Bane who is fully formed just yet. Let’s not forget that we’ve seen three different actresses play Poison Ivy in the show as the character has evolved.

If Bane is going to evolve, though, he’ll need to be quick about it. Gotham season 5 is the final season of the show, and reports have suggested that it could be just ten episodes long.