BBC One has commissioned a further two seasons of Not Going Out ahead of the show’s return in 2017.

Not Going Out launched on BBC One in October 2006 and is now the channel’s longest-running comedy on air.

Shane Allen, Controller, Comedy Commissioning commented: “Lee has evolved this rich comic world from bachelorhood through marriage and now parenthood very seamlessly in this new incarnation. Not Going Out has become a modern classic, joining a very elite club of long running, much loved BBC studio sitcoms, following on from the legacy of Dad’s Army, Only Fools & Horses and ‘Allo, ‘Allo.” 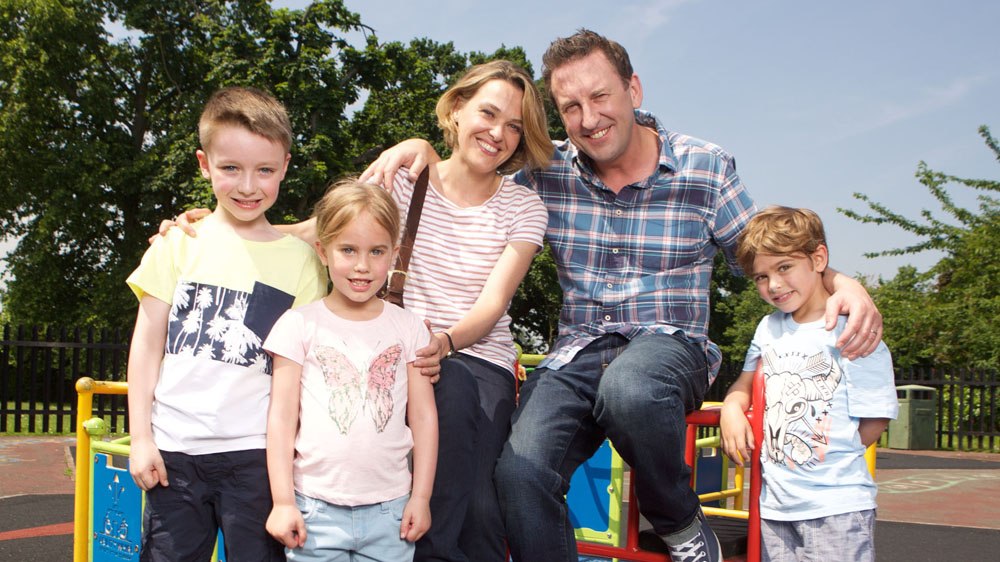 Lee Mack said: “When we started I thought it might run for just one or two series. I started the show in my 30s and currently I’ll still be doing it in my 50s, even if we don’t do any more after that. But I’ll do it as long as I’m asked because I actually like doing it. I know you’re supposed to do it the traditional way, of doing six episodes, then maybe another six, and finish and call yourself a classic – but I like to really drag it out! I’ll do it to death.”

Jon Thoday, joint MD of Avalon Television, added: “I am delighted this brilliantly funny show by Lee Mack has such a long future and we all really appreciate the incredible support from the BBC.”

The official synopsis for next year’s Season 8 reads: “Fast-forward seven years and baby Charlie now has five year old twin siblings, Benji and Molly. How has layabout Lee survived these dramatic life-changes? How do the not-so-new parents find the joy/relentless onslaught of bringing up kids? If this wasn’t enough for them to contend with, combine it with negotiating some tricky family members in the form of lovably feckless father, Frank (Bobby Ball), always on hand with the terrifying offer of childcare, and close friends including the world-weary, or more specifically wife-weary, Toby (Hugh Dennis) and uptight ice-queen Anna (Abigail Cruttenden). At least Lucy’s more dependable parents are on hand, but what exactly do Geoffrey (Geoffrey Whitehead) and Wendy (Deborah Grant) make of Lee and Lucy’s often mad house?”

Are you looking forward to the show’s return? Let us know below…