Bryce Dallas Howard, who has long been connected to Lucasfilm through her Willow-directing dad Ron Howard, has directed an episode of the upcoming Star Wars TV show The Mandalorian. She’s revealed a few nuggets of interesting info in a recent interview…

Chatting to Collider, Bryce Dallas Howard, who is currently doing the promotional rounds for the Elton John biopic Rocketman, said that her experience of directing The Mandalorian was “so, so awesome.”

“The God’s honest truth is that I had incredible support from [executive producer and director] Dave Filoni and [creator] Jon Favreau,” Howard enthused. “And the process — the prep process, and the shooting, and post, and all of that — it was so incredibly collaborative and fun and grounded, and so it was just so cool.” 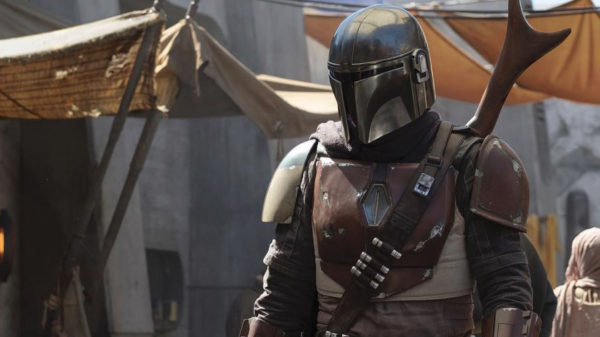 Howard was able to talk about the futuristic tech that’s being used behind the scenes, though.

“There was specifically something that we shot in called The Volume,” she explained, “and basically you step into it, and the naked eye, you can’t tell that you are surrounded by, basically, LED screens. And you feel like [you’re] wherever the story is taking place.

She added this, making a little Star Trek reference to explain what The Volume is like: “It’s almost like — this is the wrong term to use, especially for this project, but it’s almost like a Holodeck.”

The Mandalorian will premiere in the USA when the Disney Plus streaming service goes live on 12 November. As of yet, we don’t know how/when the show will be shown in the UK. We’ll keep you posted as we hear more…