The Mandalorian continues to serve up reasons for Star Wars fans to get excited: this week, the live-action TV series has added Nick Nolte to its cast and earned praise from  Joe and Anthony Russo (directors of Captain America: Winter Soldier, Captain America: Civil War and Avengers: Infinity War).

Joe Russo said this to Collider after their Star Wars set visit:

“It’s amazing. We went down there to say hi to Jon. Taika was directing an episode, so we went to hang out with them. Jon is always at the forefront of cutting edge tech, and he is shooting this in a way that no one has ever shot anything ever before. It’s pretty astounding.”

And on the topic of their own relationship with Star Wars, the Russos said this:

“We grew up on Star Wars like everyone else did. I went to the theater when I was 11 years old to see Empire Strikes Back and sat in the theater from 11:30 in the morning until 10:00 at night and watched it back to back to back. So it was a huge influence on us growing up. Of course we’d love to work, at some point, in the Star Wars universe, but right now our heads are in the middle of another movie.” 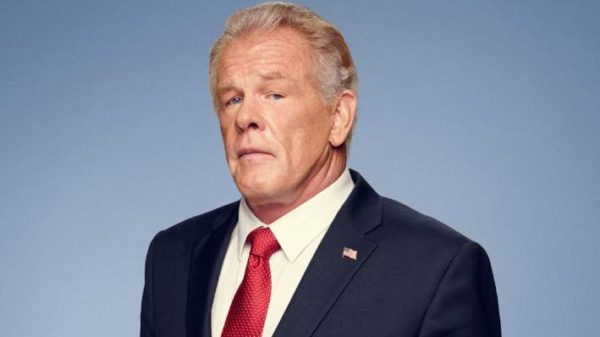 Also, renowned actor Nick Nolte has recently been added to the cast. You’ll recognise him from such films as Warrior, Affliction, 48 Hrs, and The Prince Of Tides. He’s recently been playing a POTUS in the TV series Graves.

His role in The Mandalorian (which stars Diego Luna as the central gunslinger and Gina Carano in an unknown role) is being kept under wraps, but The Hollywood Reporter did offer this intriguing note with the announcement:

“The project, which is already in production, is heavy on visual effects, costumes and makeup, which will allow actors to come and go as well as, in some cases, be cast later in the production process than usual.”

Does this mean that Nolte is playing an alien, a droid, or some other kind of effects-heavy character? We’ll just have to wait and see to find out.

The Mandalorian is being made for the upcoming Disney+ streaming service, and we’ll be sure to bring you all the latest updates as we hear them.