Television commissioning is often a story of luck, near misses and what could have beens. But the path to getting Only Fools & Horses to the screen was particularly reliant on a few moments of fate.

Firstly, the guiding hand of Ronnie Barker, who – separately – helped give breaks to both writer John Sullivan and star David Jason.

But also there was the small matter of a sitcom that Sullivan was supposed to be working on instead, that was yanked weeks after it got the greenlight, something that Jason chats about in his new book.

Following the end of his first big hit in the 1970s, Citizen Smith, Sullivan was scouting around for another project, and settled on a comedy about a failing football manager, known as Over The Moon. Brian Wilde was cast in the lead role, whilst director Ray Butt was also on board. The BBC was happy, and gave a six series first run the nod, after a successful pilot was made.

Barely weeks later, though, the BBC promptly changed its mind.

The catalyst for the decision was another project within the Beeb that had risen to prominence, a boxing comedy called Seconds Out. This one was headlined by Citizen Smith star Robert Lindsay. The BBC at the time considered that only one sporting comedy could go further, and Over The Moon was quickly canned. Seconds Out would run for two mainly forgotten series.

Sullivan was unhappy with the decision, but with his BBC contract coming to an end, he decided to try and get something else moving. That project, as it would turn out, would be Only Fools & Horses. Even then, Only Fools & Horses struggled on its first run. It took a rare BBC decision to repeat the first series in a better time slot to really set it on the path to success.

If all that’s got you in the mood for something horse-y, get free Cheltenham Festival bets here!

David Jason’s new book, where he discusses the sitcom that never was, is on sale now. 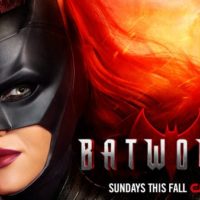 Batwoman is heading to E4 soon 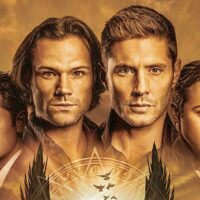 Supernatural season 15 to air on E4