The show, to be made for FX, won’t however feature the character of Ripley.

Vanity Fair‘s recent interview with Fargo showrunner Noah Hawley has revealed a couple of juicy insights into his next project; The Alien television series he is making for FX which will bring the Xenomorphs to planet Earth.

“It’s not a Ripley story. She’s one of the great characters of all time, and I think the story has been told pretty perfectly, and I don’t want to mess with it. It’s a story that’s set on Earth also. The alien stories are always trapped… Trapped in a prison, trapped in a space ship. I thought it would be interesting to open it up a little bit so that the stakes of “What happens if you can’t contain it?” are more immediate.”

Hawley also promises that we’ll get to see some of the Company people who have been pulling the strings, reminding us that Paul Reiser’s character in Aliens was “middle management at best”. In his story, we won’t just see the “grunts”, but “… the people who are sending them” and will offer some insights into the fractured society on Earth.

“So you will see what happens when the inequality we’re struggling with now isn’t resolved. If we as a society can’t figure out how to prop each other up and spread the wealth, then what’s going to happen to us? There’s that great Sigourney Weaver line to Paul Reiser where she says, “I don’t know which species is worse. At least they don’t f**k each other over for a percentage.”

It sounds to us like the show could be pretty provocative! 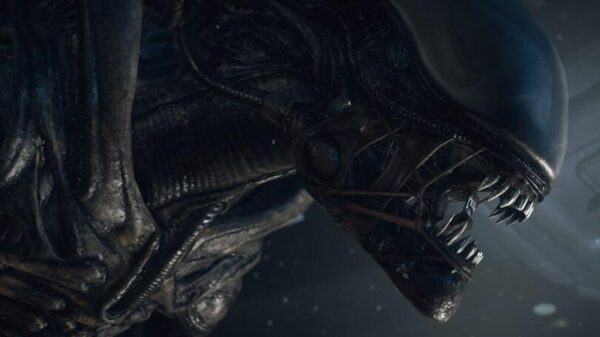 In terms of progress however, the Alien television series is unlikely to go before the cameras until 2022 for a couple of reasons; the visual effects and COVID-19.

“I’ve written a couple of scripts, the first two scripts, and we’re looking to make them next spring. When you get to something with this level of visual effects, there’s a lot of preparation that has to go into it.” Hawley also says, thanks to the pandemic, “Everyone is racing to make up for lost time. So, I figure let that bubble burst a little bit, and we’ll do it right.”

As ever, we’ll keep you posted.