The feature-length special, We Are Not Alone, takes place six weeks after the aliens arrive.

UKTV have commissioned a brand new scripted comedy from Laurence Rickard and Ben Willbond, two of the team who write and star in BBC One’s Ghosts. Produced by Big Talk (The Outlaws, Friday Night Dinner), the two-hour film will air on Dave.

“Set six weeks after aliens have invaded and completely conquered Earth, We Are Not Alone explores the culture clash between humankind and its new alien masters, who are trying to make sense of a planet so confusing and idiotic that its inhabitants can’t even agree which side of the road to drive on.”

Speaking about the commission, Rickard and Willibond said: “We are so excited to be bringing this project to you puny Earthlings. We’ve never attempted anything so ambitious or ridiculous, so we’re thrilled to be joined on the adventure by such an incredible cast and phenomenal crew.”

Production company Big Talk’s CEO Kenton Allen added: “Shining a light on how stupid Humans are, through the prism of some stupid Aliens, with the amazing crew we have assembled, will be stupidly good fun.”

We Are Not Alone is directed by Fergal Costello, produced by Philip Leach. Executive producers for Big Talk are Kenton Allen, Matthew Justice and Victoria Grew. 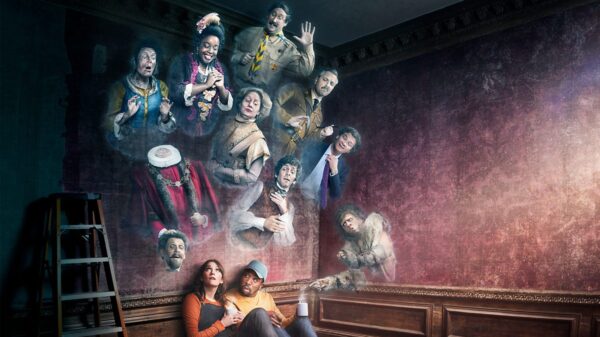 In the meantime, we can next see the pair in the Ghosts Christmas Special, with guest star Jennifer Saunders. Laurence Rickard plays Robin (and Humphrey’s head), while Ben Willbond is the Captain. The show is expected to start filming its fourth season in January, according to Radio Times.

We Are Not Alone will air on Dave and UKTV Play in 2022. We’ll bring you more details when they emerge, but it sounds like it might be right up our street!