In the iconic role of Frank N Furter, West End star Stephen Webb realises that role originator Tim Curry casts a very long shadow from which it is pointless to attempt to run too far from – but he’s still able to curl his tongue and thrust his hips in entirely his own fashion, making the mad Doctor irresistibly sexy to all.

A doff of the glittery hat to Trigger Happy TV star Dom Joly as the narrator, acidly impatient and spitting bon-mots at the audience’s attempts at particip …. pation. It must be exhausting for a cast to work in a show where every single pause has a voice from the stalls screaming deliriously for a cheap laugh, but it quickly adds to the fun of the chaotic atmosphere. Joly never quite looks at ease on stage, but it’s early days in this 12-month tour.

Strictly Come Dancing champion Joanne Clifton and Ben Adams from ’90s boyband A1 do solid work in the largely thankless roles of Janet Weiss and Brad Majors (their parts essentially involve just trying – and succeeding – to keep a totally straight face while all the mayhem goes on around them), while Ross Chisari has fun as Eddie and Dr. Scott.

Callum Evans puts his acrobatic gymnastics experience to incredible use as Rocky, wowing the audience as he flips around the stage with effortless grace. 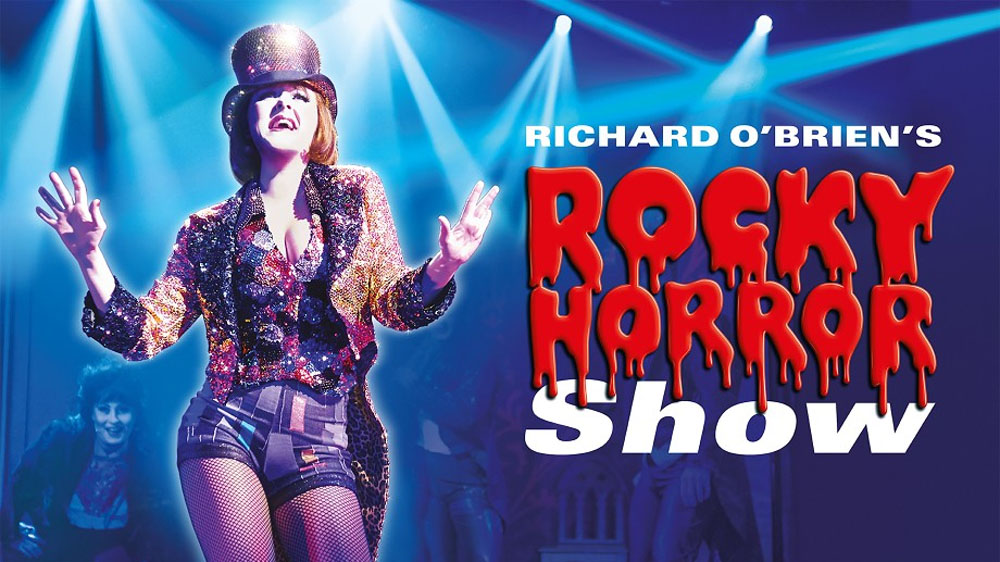 Richard O’Brien must have marvelled more than once at the monster he created. A good few of the audience shout-outs are clearly quite new – and very often very funny.

Any criticisms of Rocky are the same – and as pointless – as they would have been back in 1973. The plot is knocked off its orbit by the time Brad and Janet discover what’s in Frank N Furter’s lab, and the sudden betrayal of Magenta and Riff Raff is clearly tacked on to tie up the narrative threads.

However, the cast works hard enough, and indeed the show has earned enough love – not just over the past four decades, but on tonight’s performance alone – to make such criticism seem rather churlish.

There’s such joy and happiness permeating from every beat – from the deliciously overworked gag when each character introduces themselves to every other character, to the heart-on-its-sleeve message of ‘Don’t Dream It’ that makes Rocky Horror irresistible.