Updated 14th Feb – As a Valentine’s Date treat, BritBox have delivered us a trailer.

As we count down to the March 21st launch of Sanditon series 2 on BritBox, the streamer have provided us with an official trailer. As Charlotte (Rose Williams) returns to the town, we enjoy a glance at most of the show’s major players, with Lady Denham (Anne Reid) speaking her mind.

We also get a look at the town’s military newcomers and ‘The Sanditon Flyer’, a new hot air balloon.

The show lands arrives at BritBox on the 21st of March, after its PBS premiere in the UK. It will come to itv at a later, as yet unspecified point.

The streamer offers a look at some of the new men in town, including Alexander Vlahos.

With the second series of Sanditon, based on Jane Austen’s unfinished novel of the same name, due to air in March, BritBox are starting to talk about new casting.

As we reported in October, the show was revived following its 2019 cancellation; Sanditon is now a co-production between MASTERPIECE on PBS in the US and BritBox/itv in the UK. This arrangement has given the green light to a third series too.

However, the new run comes with some changes, primarily to the men folk. Theo James will not returning as Sidney Parker, neither will Mark Stanley (Lord Babington) or Leo Suter (James Stringer). Instead, some new and some familiar faces coming to town: 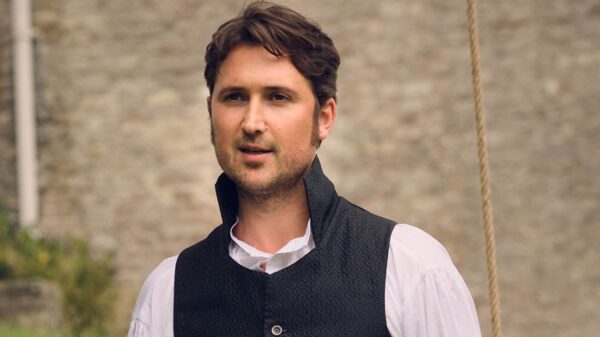 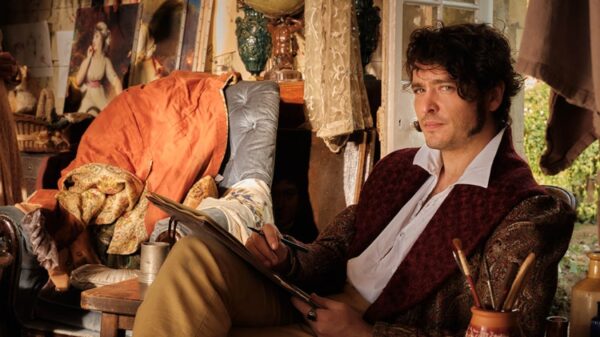 Then, Alexander Vlahos (Merlin, Versailles) will play the enigmatic and worldly Charles Lockhart. He is described as a Byronic artist, lover, critic, and explorer in equal measures! 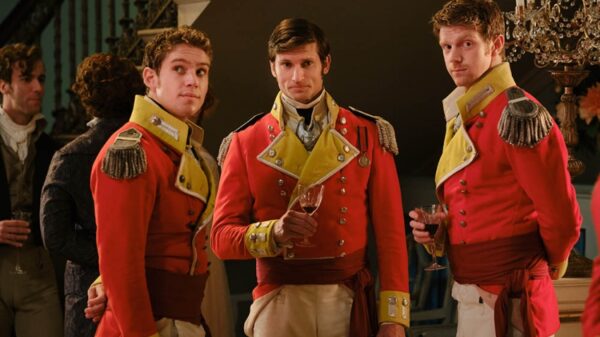 Here’s the synopsis for the new run of episodes:

The new series picks up with heroine Charlotte Heywood (Rose Williams) returning to the picturesque coastal resort, as the town is growing in popularity. Determined as ever to live a life less ordinary, Charlotte takes up the role of governess to Augusta Markham (Eloise Webb), Alexander Colbourne’s ward and niece, who reluctantly lives in a loveless home and soon gives Charlotte a run for her money. Charlotte’s spirited younger sister, Alison Heywood comes to Sanditon to pursue her own romantic dream, and joined by The Parkers, the second series promises new romances, friendships, and challenges for the residents as the Army make Sanditon their new base.

Tom Parker (Kris Marshall) strives to rebuild Sanditon but there are many unforeseen issues awaiting him, while the secrets and lies of the dysfunctional Denhams continue to rock the foundations of the sunny seaside town. And, in her last summer season before turning 21, Georgiana Lambe (Crystal Clarke), keen to forge her own identity, gets up to mischief in the name of love…but will she run the risk of being lonelier than ever before?

Sanditon Series 2 will air in the US on the 20th of March, and as a BritBox Original in the UK from Monday 21 March 2022.

It will come to itv at an unspecified point further down the line, when BritBox’s “premiere window” has concluded.