Though the Arrowverse has now lost its flagship show in Arrow, it’s time to fill the gap it leaves behind in the CW schedule (and in our hearts) with some tasty new DC series!

After Batwoman scored a full season order at the network, it was soon revealed that a Superman & Lois project, starring latest TV Superman Tyler Hoechlin and his crossover co-star Elizabeth Tulloch, was on the cards.

This week, it’s been announced that Dylan Walsh (Nip/Tuck) has also joined the Superman & Lois show as Lois and Lucy Lane’s father, General Lane. Deadline says his character is “a no-nonsense Army general who’s determined to keep America, and the world, safe from all threats – from this world or beyond. Lane’s a workaholic who demands nothing but excellence from all those in his life.” 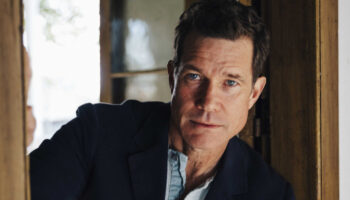 General Lane has previously been played by Glenn Morshower on Supergirl, Michael Ironside on Smallville and by Denis Arndt and Harve Presnell on Lois & Clark.

Todd Helbing, who used to be the showrunner on The CW’s The Flash, is writing and producing Superman & Lois, confirms THR, and the series will revolve “around the world’s most famous superhero and comics’ most famous journalist as they deal with all the stress, pressures and complexities that come with being working parents in today’s society.”

Former Teen Wolf heartthrob Hoechlin has been playing Superman since 2016 on The CW in various appearances across the Arrowverse, and it’s hoped that this new series will complement a female-driven Arrow spinoff, which is also in the works.

More on this as it arrives.