To celebrate the show’s launch, Eclectic Method have put together a brilliant trailer which sees Theresa May give a stark warning to the UK about the horrifying, terrible and terrific oncoming danger from the lord of darkness.

Hosted by TV presenter Brendan Moar, Dracula, Escape the Castle is based on the current trend for escape room adventures and features brave contestants trapped in an authentic Romanian castle, with only one night to escape ‘Dracula’. 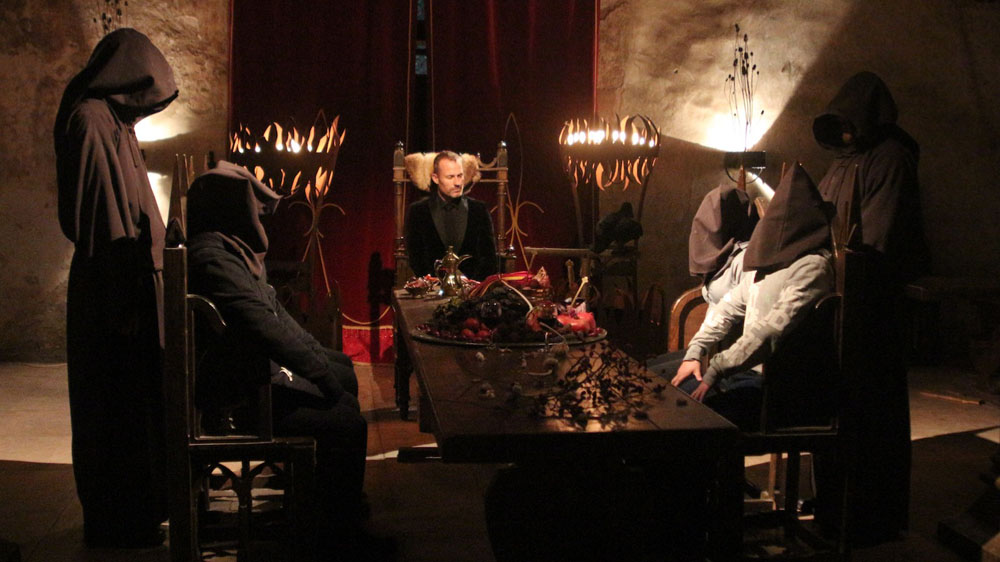 If they’re going to escape Dracula’s infamous castle in Transylvania, before the Lord of Darkness traps them forever, the two duos must race against time to complete complicated psychological tasks. The epic challenges conclude with a race to ignite a giant bat silhouette on the castle courtyard!

Dracula, Escape the Castle will be airing at 10pm on Sunday nights on Insight TV (Sky 564) from 2 October for the next ten weeks.

Disclaimer: Theresa May is not endorsing this programme. The footage is taken from public available speeches and mixed by Eclectic Method.