BBC One has released a trailer for Jimmy McGovern’s new one-off drama Reg.

Starring Tim Roth, Anna Maxwell Martin, Elliott Tittensor and Ralph Brown, the 90-minute film tells the story of one man who takes on the Prime Minister, to get justice for his son.

Based on a true story, Reg airs at 9pm on Monday 6 June on BBC One.

The official synopsis reads: “In June 2003, Reg Keys and his wife Sally return to their home in the Welsh countryside. As they switch on the TV to hear six military policemen have been murdered in Iraq, two men arrive bearing the terrible news that their son, Tom, was among them.

“Plunged into grief and despair, Sally struggles with the day-to-day reality of having lost her son, while Reg desperately tries to make sense of what has happened. 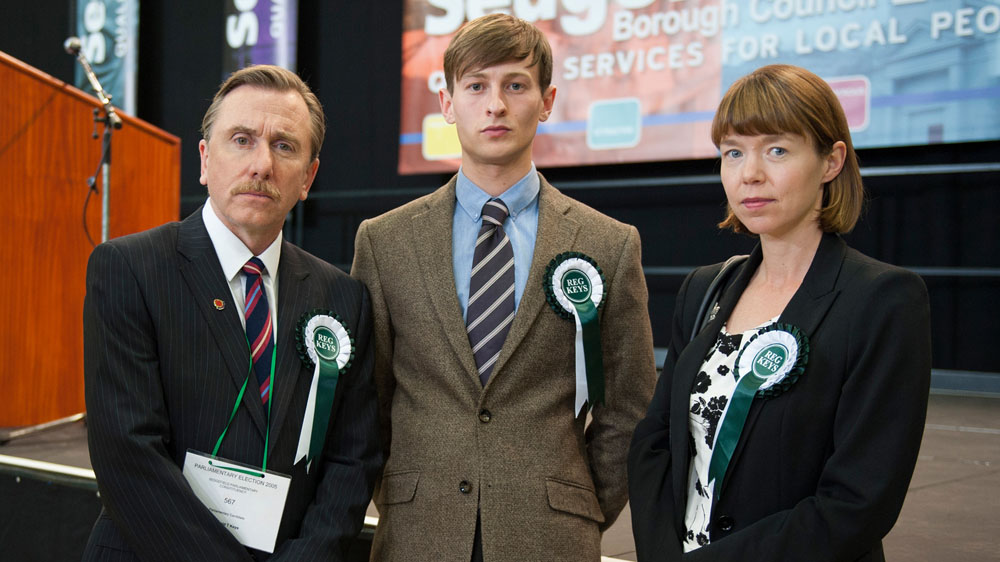 “Reg discovers that three weeks prior to his son’s death the army had ordered a scale-down in weapons and communications, leaving the six men with limited resources to defend themselves. Angered by his belief that it was an army blunder, Reg makes a radical decision: to stand against Tony Blair in his home constituency of Sedgefield, in the next General Election, as an independent candidate in opposition to the Iraq war.

“Reg begins into an intense on-the-ground daily routine of campaigning. Faced by an electorate in a safe Labour seat, the process is exhausting and takes Reg away from Sally, who continues to struggle with her grief. As election night draws in, and the world’s press gathers in Sedgefield, tensions run high as the final count begins to emerge.”

Are you looking forward to Reg? Let us know below…