Back in 2016 we reviewed the fifth season of Dorian Gray tales with heavy heart and a sense of closure. Fast forward three years and Big Finish has released Dorian Gray: The Lost Confessions. There are three new adventures for Dorian, all written by Scott Harrison from scripts by producer / director Scott Handcock. Alexander Vlahos reads these  download only stories with sound and music by Robert Harvey. Be warned – this set runs at fractionally over six hours. Allow time for listening- you won’t want to stop partway through any of these.

This story is set in World War I and it’s a very different setup from the World War story Angel of War, which appeared in the fifth season (see link above). Largely a two-person story set in no man’s land and Dorian is looking for something, accompanied by Jonathan Roberts. As the tale unfolds, we learn that Dorian (or Captain) Gray is not (for a change) in charge of his own destiny and is being used by an unspecified agency inside the British Government (or so it appears). The story becomes supernatural as they find a concealed German outpost, and while the larger context remains unexplored, there’s plenty to enjoy. In terms of the series as a whole it is clearly not canon, yet has its own charms.

There Are Such Things…

Of the three stories, this is the one most obviously taken from a script. In the present (1930s England) Father Merriman is locked in his own church in a storm by a young man, Dorian Gray (of course). Over the story Dorian tells a tale of parties, a lost love and an evil spirit. The focus moves from present to past as we learn more about Dorian, see how the priest tries to make sense of a situation he has never prepared for, and faces the prospect of death. It’s chilling yet gripping.

This gives an alternate ending to the Dorian Gray series. Following the events of the hotel Brigadoon (in The Spirits of Christmas) Dorian has his soul back, if no soulmate. He travels, possibly to make peace with his past, but something is haunting him. It’s all very creepy, nods back to earlier stories and ends back in Mayfair. There, in the ruins of his house, Dorian has one last wretched encounter before the action moves North for a grand finale.

The extras are clear: this is not a return of the Confessions of Dorian Gray range, and these scripts are (some of?) those Scott never used for various reasons. They don’t fit the journey he chose to take Dorian on, and may not suit every fan. In the final analysis, if you are a Dorian Gray fan, these are still great. Alexander Vlahos does an excellent job as the reader / performer and we can only trust this isn’t the end for Dorian.

Dorian Gray The Lost Confessions is available to buy from BigFinish.com on download only. 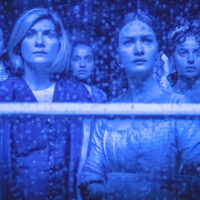 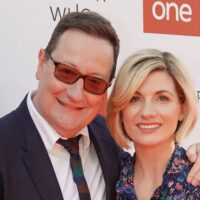