The second episode of ITV’s Conan Doyle based drama, Arthur and George, continues to impress after the strong precedent set by last week’s opener.

This week sees the Sherlock Holmes author delving deeper into the mystery posed by George Edalji, the vicar’s son who was (dubiously) imprisoned over the slaughter of farm animals and now seeks to clear his name. It has all the markers of a good crime drama: there’s a breadcrumb trail of clues, the peripheral feeling of being watched, a bloody murder, plenty of fog, and an enigma in the form of George himself as he hovers on the periphery of victim and villain.

Listed as such, they seem like clichés; but Arthur and George manages to find its own balance and its own flavour in what is admittedly an old favourite of a genre, and that shines through in a way which makes it utterly watchable. 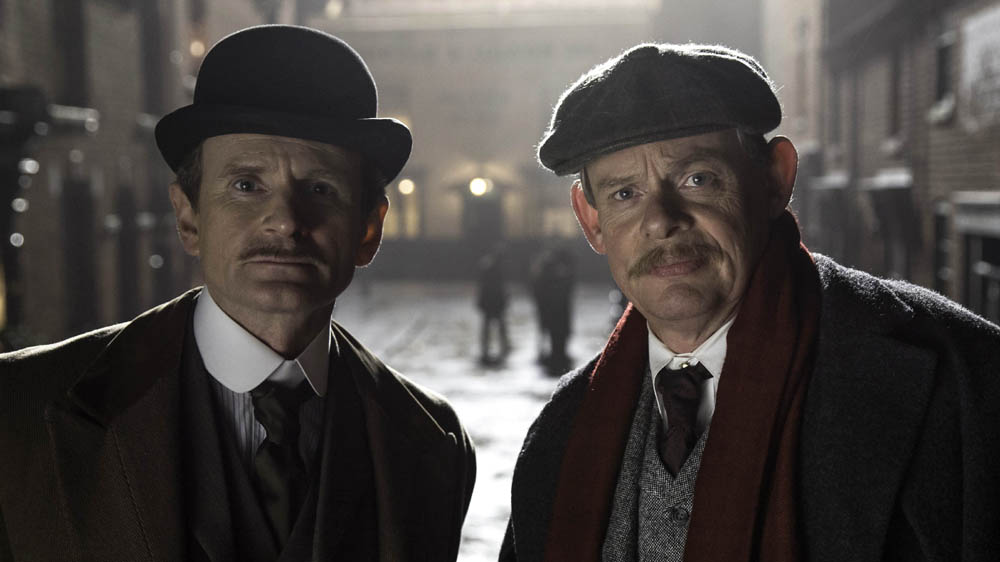 There is strong writing to thank for this, in part; Arthur and George does not make the mistake of unwanted pandering to the audience by pointing out the obvious. The characters and relationships were set up well enough in the first episode for them to be fully fledged and worthy of emotional investment by now, and the relationship between Martin Clunes’ Sir Arthur and Charles Edwards’ Woody works particularly well.

Yes, there are blatant echoes of Holmes and Watson in every glance and quip shared between them; but in the context, it works, and the banter which arises between the two adds a touch of humour to a subject matter which could otherwise be stiflingly dark. 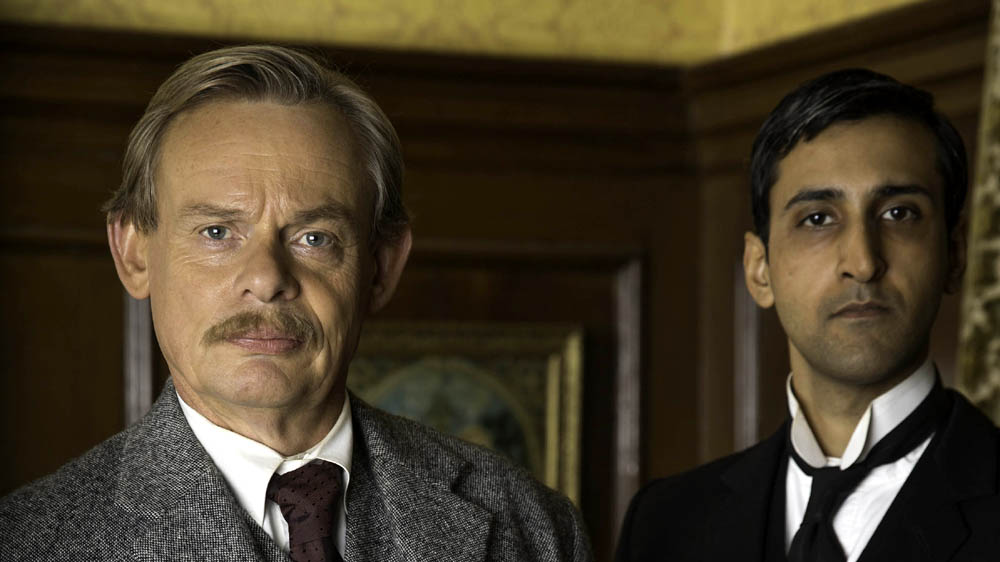 Special mention must be made of Arsher Ali (The Missing) as George. He’s an intelligent man who appears far too gentle and good-hearted to even consider committing the bloody acts he is accused of, and yet still the seed of doubt as to his intentions remains. Ali is a great fit in the role; he hits just the right balance between likeable and mysterious.

Near the end of the episode, a tantalising discovery with regards to George’s character is thrown into the mix – and then promptly ignored for the last ten or fifteen minutes in preference of returning to Conan Doyle’s personal life. It’s frustrating, to say the least.

It’s understandable though, because the sudden slam on the breaks can only be a tease for the acceleration to come in the third and final part of the drama. Bring it on.