The double-length season finale – which, due to the show’s cancellation, has become the final instalment of Atlantis – too was a lengthy affair of shifting allegiances, death and resurrection.

With Jason back in command of both his senses and his hormones, he planned a raid on the city to free his pal Diocles from the arena. Thanks to Icarus, still busy betraying his friends for the sake of his imprisoned father’s life, it became a turkey shoot as many of the escaping prisoners were cut down by arrows. 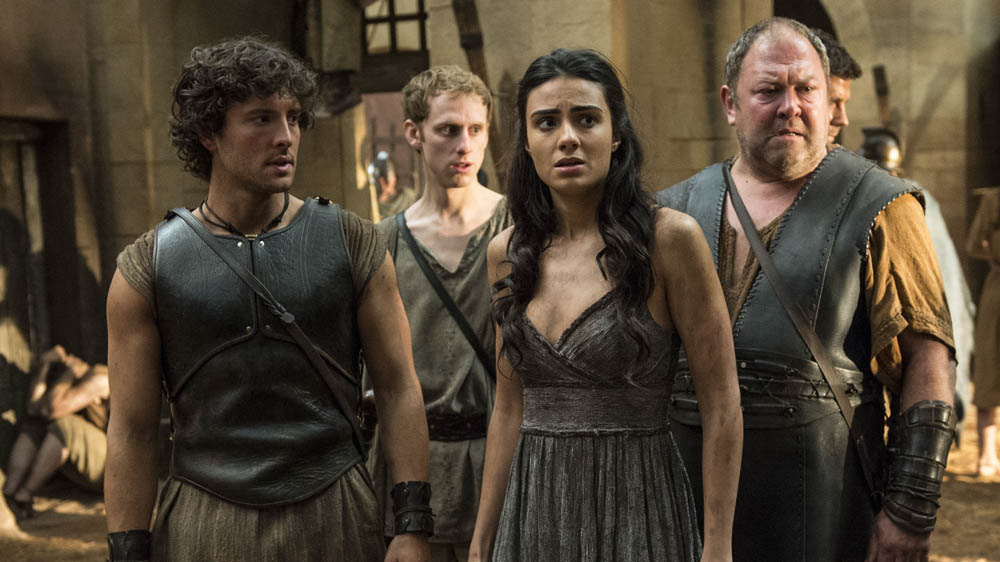 With Jason surrounded, Medea’s actions in saving him earned her a wicked confrontation with Auntie Pasiphae, the consequence of which triggered the girl to cross sides and give Jason the opportunity to destroy his Mother and claim his birth right.

Out in the forest, he had gained not only has the loyalty of his friends but the men of the arena who bent the knee to him and watched on as he married Ariadne. So like a Queen to have formal wear stashed in the forest for any occasion. 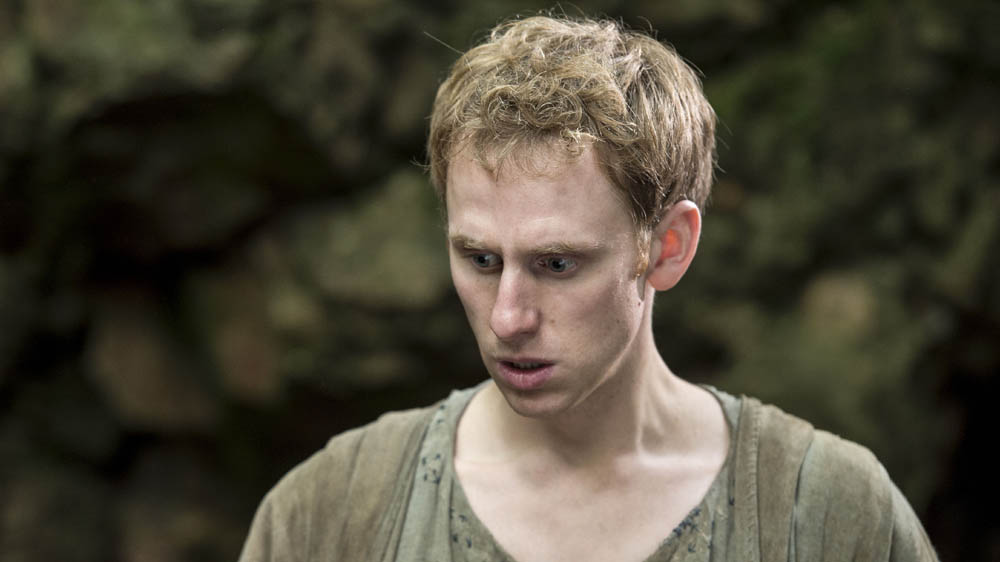 Pasiphae was caught and put to death, by a stoic Hercules, with a terrific performance from Sarah Parish as the condemned, scheming to the end. Of course, you cannot keep a good witch down and she returned to life with gusto, retaking the city and killing the High Priest in the temple – and forcing Jason and Ariadne back on the run once more.

Despite the action, of which there was plenty, there was no real sense of urgency throughout the story as it leant on Ariadne’s brooding suspicions about Jason and Medea, planted by Pasiphae and clearly designed to run.

The other great emotional rollercoaster was that of Pythagoras’ feelings for Icarus as we rode from unspoken affection, through the realisation of betrayal and beyond. Robert Emms performance was the heart and soul of the piece and we felt every moment of both his despair and joy, as Icarus fulfilled his destiny. 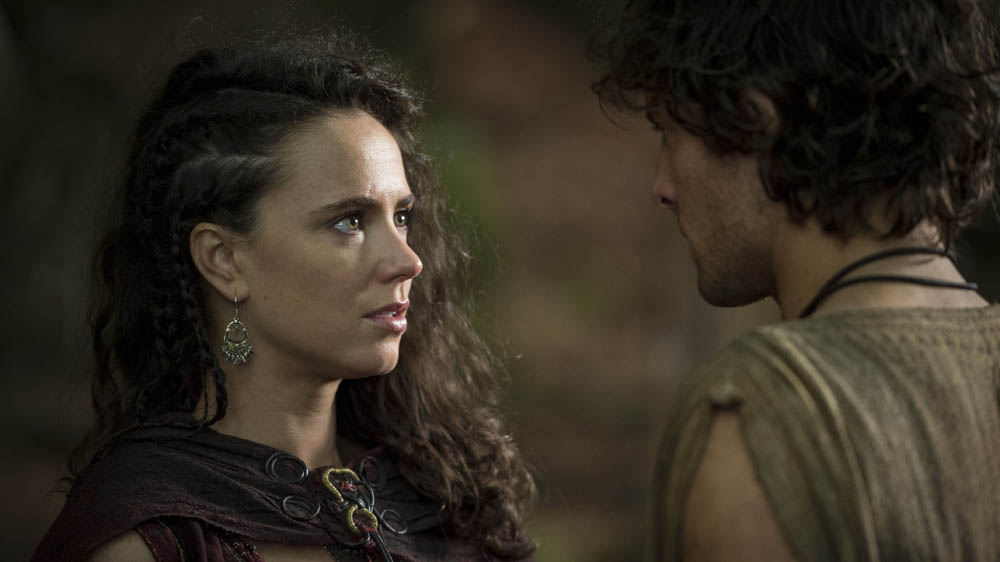 Of course, the stage was being set for the show’s third season which would have centred on the quest for the Golden Fleece aboard the Argo. Instead, we’re left high and dry with the teasing promise of what might have been.

So farewell Atlantis, it looks like we will never know whether Jason and friends managed to stop you flooding… but we are left with one overriding final thought. Who knew Hercules was qualified to celebrate weddings?