Say what you like about Babylon, but after tonight’s rug-pull ending, you certainly can’t say it’s predictable.

The suicide of Commissioner Richard Miller certainly ups the ante for future instalments, a game-changing cliffhanger that left us both reeling and pondering what next for the remaining lead characters, all of whom will no doubt feel the effects in next week’s aftermath.

It’s a shame that the rest of the episode is so underwhelming in terms of both laughs and drama. It’s certainly the episode with the lowest gag rate – no razor sharp retorts, banter or over-the-top swear bombs this week, which is a shame considering that the sheer mass amount of clever wit has been the highlight of the past two episodes.

Co-creator Sam Bain clearly revels in writing the dramatic material more-so then his fellow writers, and as a result, the careful balance between black comedy and dark drama tips almost completely into pure drama for once. But as a result of this decision, whether intentional or not, we’re still left with an episode devoid of one of the show’s major selling points. 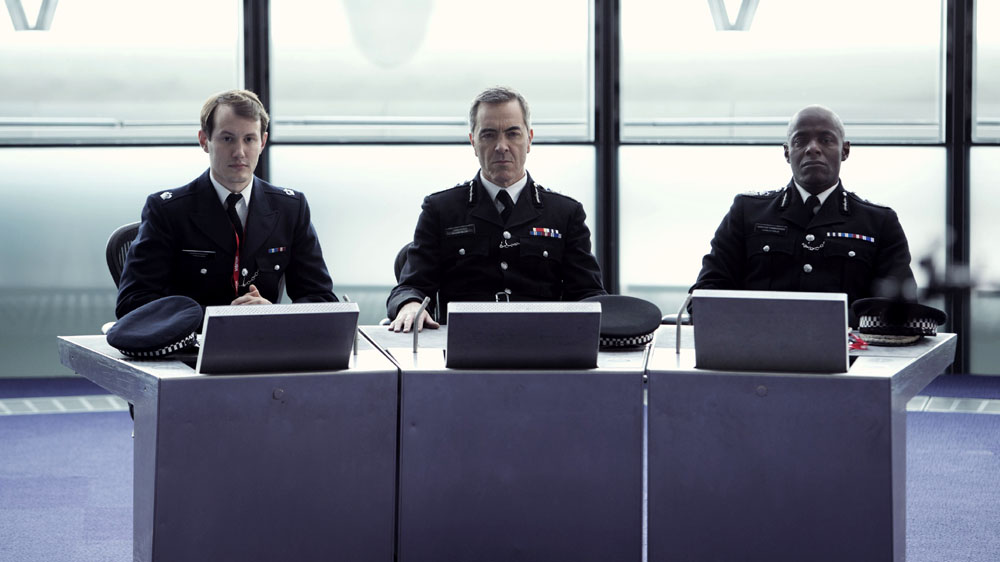 The lack of wit may have been intentional when you consider the controversial subject matter and the aforementioned ending. However, the ‘shock’ ending is not that shocking when the episode is already playing a downer. If anything, we were expected that something downright depressing was coming the moment Miller told Charlie that he was going to make sure all was ok regarding the shampoo incident from earlier on.

Richard Miller NOT giving someone a bollocking?! Something’s not right here! The absence of humour doesn’t lessen the impact of Miller’s sudden demise too much, but it does signpost that things are about to get bad quite early on – not ideal when constructing an ending that should be out-of-nowhere shocking.

That said, it’s a great performance from James Nesbitt regardless, who slowly and convincingly transforms from the driven and scary Police Commissioner into a man defeated, a shell of his former brash and confident self. His final moment, where he checks his phone in the hope of a text from Liz, is poignant and incredibly sad. The fact that most of the episode centres on their professional and personal relationship with each other certainly helps make Richard’s death all the more painful to watch. 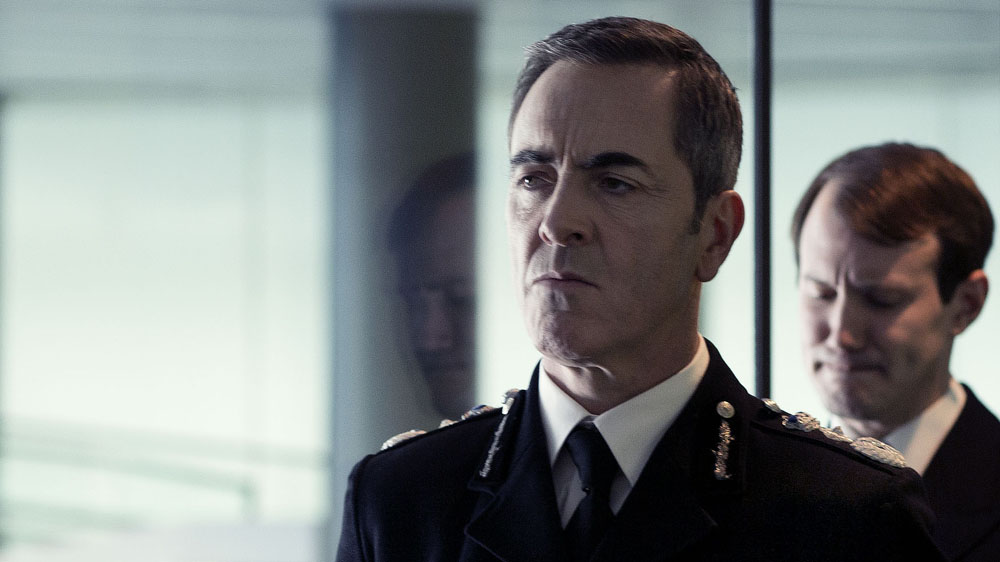 Elsewhere, sadly, it’s becoming clear that some character arcs are becoming painfully slower and slower, particularly in the case of Warwick, whose story has been great up till this week, but now seems to have ground to a complete halt, perhaps to save some bigger developments for later in the series (fingers crossed that is the actual case).

Likewise Davina and Clarkey’s ongoing fling is still infuriatingly uninvolving, whilst I’m sure we can all agree that Matt and Robbie’s continuing friendship is starting to drag on too long – let’s see Matt play his SD cards already and see how Robbie reacts when he sees how Matt has betrayed him for selfish personal gain. We know it’s going to happen eventually, but we’d rather not have to wait until the finale for every plot thread to heat up at once.

It’s an episode that should be one of the best of the run so far, particularly when it has such a brilliant, game changer of a dénouement. Yet up until then, all it manages to do for most of its runtime is play it safe, resulting in an episode mostly devoid of the black humour we have come to expect week on week.

Lacking the trademark quick fire rhetoric and wit of previous instalments and instead choosing to slow the pace of several key storylines to that akin of a snail, this latest episode is only redeemed in its closing moments.