The second episode of E4’s Cucumber spin-off Banana manages to impress as much as the first, with Scotty (Letitia Wright) starring in tale of beauty and the consequences of misplaced love.

When she catches a glimpse of a woman’s kindness in the supermarket, Scotty falls in love, but instead of just approaching the most beautiful woman she’s ever seen with an invitation to coffee or something, Scotty chooses to admire from afar. A lot.

The woman – whose name, it turns out, is Yvonne Burgess, as discovered by Scotty and her detective work – lives in a nice house with her husband, and after a number of attempts at ringing (and hanging up), Scotty takes to camping outside Yvonne’s home in her work van, hoping to catch a glimpse of her unrequited love. It would be creepy if Scotty weren’t so earnestly sweet.

And indeed, we learn a lot about Scotty in this story: she works a lot of jobs in between helping her mother, who seems to have some health problems, and keeps her savings in a little jar above the kitchen cupboards. When confronted by Yvonne and her husband Gary, her explanation is so simple and so honest, and Wright plays Scotty with such tremendous heart. 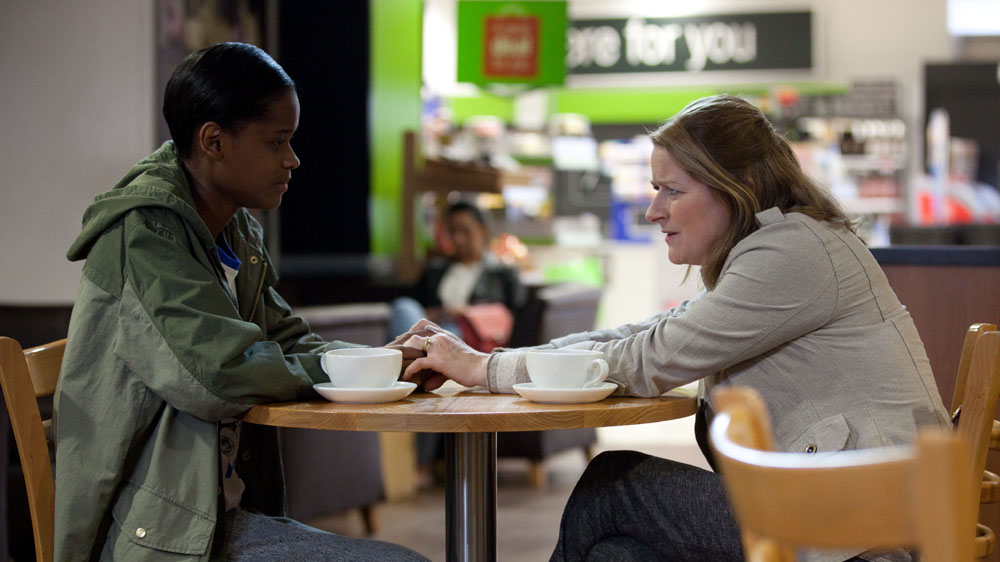 The final conversation between Scotty and Yvonne is so touching, so positive: in spite of her decidedly disconcerting approach, Scotty manages to inspire Yvonne to enact positive change in her life, and that in itself is a beautiful thing.

Her approach was problematic out of innocence rather than malice, and I couldn’t help but smile at the fact that she made a positive impression on Yvonne after all. The whole thing feels rather more like a short play than a slice of life, but somehow it feels like this allows them to reveal some interesting truths about innocence and beauty and love.