For the first time really, the full episode was packed with dramatic tension and intrigue. There were still issues involving some poorly written dialogue and some questionable character choices – Catherine’s volte face where her feelings for Major Ross were concerned felt unconvincing. If admitting that a woman was not a ‘whore’ was all it took to complete a seduction, the online dating industry would be a lot poorer, but things were no doubt different in the olden days.

The action kicked off straight away. We were thrown back into the conflict between Tommy and Buckley. There was a lot of shouting, grappling and agitated pacing in circles as Freeman and Elizabeth tried valiantly to convince their friend not to take his revenge that would inevitably lead to his death.

Elizabeth quite reasonably suggests that Tommy is putting ‘revenge above you own child’, but this has no effect. Tommy’s manhood has been called into question and he must act. ‘Buckley you bastard’ he shouts in a manner fit for a ribald Christmas pantomime. What follows is a pretty brutal assault that we are meant to applaud. Even Timmins allows him one more punch because ‘never has a man deserved a beating more’. 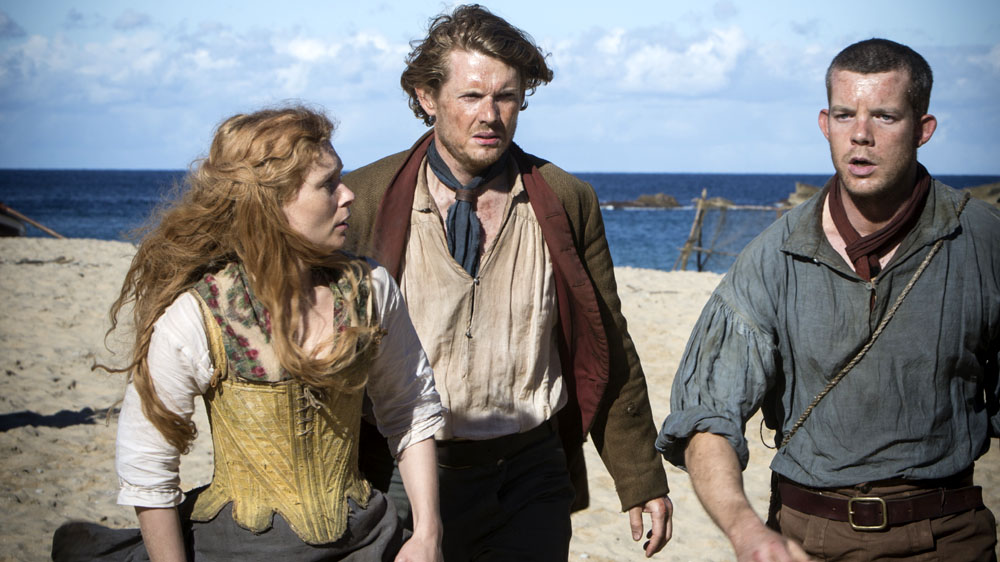 Having refused to throw himself on the mercy of Buckley it seems that Tommy will hang, a situation he seems to have been determined to engineer from the very first episode and yet the Reverend is keen to plead his case to Governor Phillip, arguing that ‘all men are equal’ in this new land. This doesn’t cut it with Major Ross though, who believes that acquitting the convict will be a fast track to mutiny. He may be odious but he has a point.

Phillip vacillates before the conversation abruptly but intriguingly turns to a discussion of whether it is permissible to halt the feeding of the sick in order to increase the rations of the healthy and able bodied. Surprisingly the Reverend agrees after some semantic gymnastics that, unlike capital punishment, this is acceptable within God’s kingdom, although he draws the line at eating the dead.

This is a fascinating detour and I wish there was more of this and less of fixation on love lives. Having got his way Ross celebrates by delighting in telling Tommy that the ‘noose is a work of genius’ as the ‘more you struggle the tighter it gets’.

We then see Ross discussing his plans to arrest Phillip if he declines to hang Tommy. Again it would be welcome to see this tension between the army and the quasi-political naval class explored in greater detail.

We then cut to a less interesting diversion back into Ross’ battle with Corporal MacDonald over the affections of Catherine. Calling him a ‘pimp’ seems a little hypocritically and impugning his courage by questioning the corporal’s stomach for hanging seems unnecessary, but that’s Ross all over.

Stubbins discovers that Letters has lied to him about the contents of his wife’s letter, which leads to a later confrontation where Stubbins suggests he might kill Letters for his deception. It seems like a thank you might be more in order.

The episode began to meander a little during the scenes involving Anne and Mrs Johnson. The relationship with her dead children is a storyline that has run out of steam if it had any in the first place. It would have been better to have focused on the powder keg brewing within the camp.

Eventually focus moves back to Tommy who Phillip reluctantly sentences to the gallows. He is a granted a last night with his friends and a goodly amount of the soldiers’ rum where all is surprisingly jolly given that Tommy is hours away from death by the hand of his best friend.

Freeman refuses to declare his role but presumably this tension will be explored in next week’s finale. The decision of the convicts to turn their backs on the hanging is frustratingly given precedence. Is this act really the act of mutiny it is billed as?

The simmering tension between Major Ross and Corporal MacDonald threatens to come to the boil at the close of the episode after the aforementioned volte face from Catherine. Unfortunately, MacDonald doesn’t really have anyone to blame but himself, having pretty much forced Catherine into Major Ross’ arms.

Despite his evident anger though he does appear to linger a little too long outside the tent, as Ross’ is revealed to be a long haired lothario or a prototype Darius depending on your point of view.

And so the next episode is set up nicely. Will MacDonald exact violent revenge and will Tommy actually hang at the hands of Freeman or will Governor Phillip’s steadfast decency prevail once again at the critical moment?

Let’s hope the show goes out on a high because whether it is deserving of a second season is still very much open to debate.