The final episode of Banished delivered an emotional punch as the show went out with a howling bang rather than a whimper.

Honour and virtue were the watchwords as Mrs Johnson realised she had been duped, Tommy met his end, Captain Collins engaged in some soul searching and the authorities struggle to keep control of the convict population.

We opened with Tommy, but there was perhaps a bit too much brooding before we reached the actual hanging. Did we need so many images of Freeman staring pensively into the blue abyss of the Pacific Ocean?

We get it, he doesn’t want to hang his fellow convict. It would have perhaps been more interesting if the episode explored whether this was because of the friendship the two had forged or because he feared for his own life.

Major Ross certainly wanted to get the hanging done. Upon hearing that the convicts planned to turn their backs on the gallows, he suggested to Governor Phillip that they hang Tommy from a tree. This course of action didn’t appeal to the Governor’s sense of virtue and probity but he was equally determined that the turning of backs must not happen.

The Catherine McVitie saga continued, but it thankfully took a back seat. Her remarkable volte face continued as she agreed to live with Major Ross but refused to be treated differently to any other convict. His noble, gallant side was re-enforced when he warned Catherine that he may be required to act ruthlessly at the hanging but that it would only be out of duty and not out of blood thirsty malevolence.

Despite appearing to be on the verge of committing murder in the previous episode, Corporal MacDonald now pleaded with Catherine to return to him. Everybody in this triangle is a little confused it seems. He told her that ‘he will have her on any terms’ and that he will ‘win her back or die in the attempt’. Given that he reminded her of her criminal/whore status – not a recommended seduction technique – the latter seems more likely.

Mrs Johnson decided to reward Anne for her witchery by requesting that she be released on the grounds of exceptional deeds and be allowed to return to England. Anne reassures Mrs Johnson that returning to England will not severe the communication channel with her children as ‘spirits are not bound by geography’.

Mrs Johnson’s efforts are dashed by the revelation that Anne has been banished for the exact same exploitative behaviour with another vicar’s wife. Really what are the chances?

Fortunately the rest of the episode was devoted to the central arc of the series, the fate of Tommy and Freeman. Freeman asks the Reverend to plead for clemency for Tommy, revealing that he had contemplated suicide but that this would leave a blacker mark on his soul than would be the case if he carried out the hanging.

The Reverend approaches Buckley and tries to convince him to forgive Tommy by appealing to his desire to be seen as honourable in the eyes of eligible women. Where God was in all of this wasn’t entirely clear. Tommy, not realising he was on the verge of dying at the hands of his friend demanded that James marry Elizabeth in order to prevent a soldier claiming her.

And so we arrived at the denouement. Would Tommy really hang? Would the convicts turn their backs? Phillip began to deliver a speech espousing the virtues of the soldiers: ‘without the soldiers we die’ he stated before uncharacteristically opining, in his brilliantly sanctimonious tones (Wenham was excellent throughout), that ‘the less he deserves to die the better’ in response to Buckley’s public and calculated exoneration of Tommy. He might want to wait until those scabs have healed before expecting women to swoon at his feet.

The convicts follow through on their threat to turn their backs. Phillip suggested this was tantamount to disrespecting the king and that ‘to withhold consent is certain death’. Major Ross shows his ruthlessness by demanding MacDonald takes his pistol, select a convict and shoot him if he refuses to turn. Spragg is shot and MacDonald proves his loyalty, but at what cost? Both Letters and Stubbins are spared before one by one they turn. 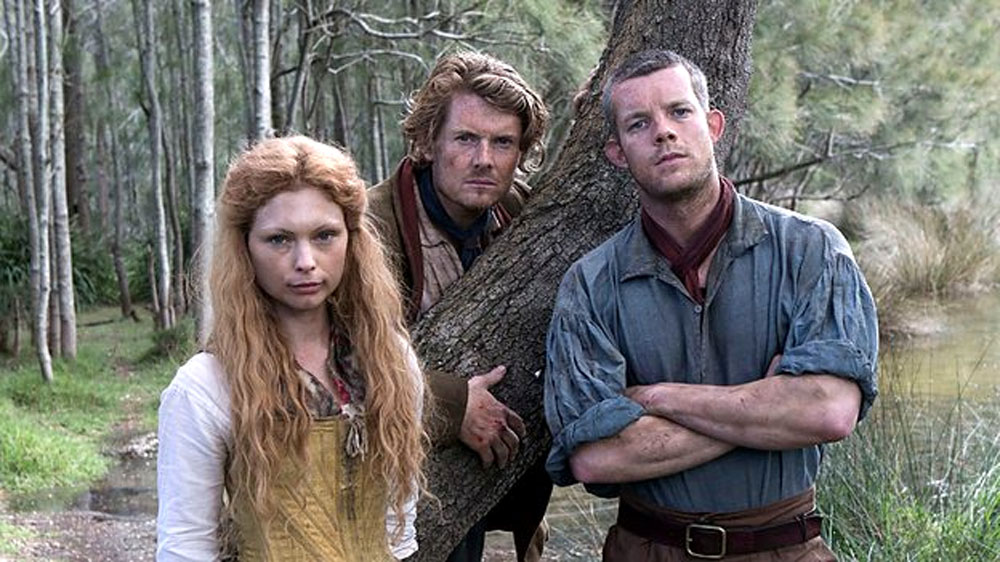 As we reached the finale, the suspense was skilfully ratcheted up. Freeman emerged from the crowd, trying to justify his actions: ‘I’m doing this on pain of death’ he part shouted, part pleaded. Would he be able to carry out the hanging? He tells the extraordinarily calm Tommy that ‘God gave you courage. That is the only difference between us.’

Tommy refuses a hood so that the last thing he sees is Elizabeth’s face. And then Freeman pulls the lever. This was all effectively done, although you still somehow expected Tommy to return to life with a cheeky wink at the camera, which spoilt things a little. And the drama would have been heightened if there had have been a more forensic focus on and exploration of their friendship, which at times seemed based more on convenience and circumstance than a deep bond.

So an ostensibly mediocre drama ended on a high. The ruling class were questioning the worthiness of the whole enterprise, the state of supplies was precarious, Freeman was commanding an inconsolable Elizabeth to allow him to atone for his sins and MacDonald was on the verge of shooting himself. Will we find out what happens? Ominously there was no ‘Banished will return next year’ announcement.

If the show does return for a second season, it might benefit it if it becomes a more rigorous historical drama about the birth of a nation rather than this run’s focus on personal affairs.