This week’s Broadchurch episode, the strongest so far, is all about people trying to escape the prisons they carry with them – and often finding that they can’t.

While Lenny Henry’s Ed Burnett spends the majority of the episode under police custody, brooding in an actual cell or a police interrogation room, and Joe Miller seeks to build a new life for himself in Liverpool to escape from his past, we also see quite how much Mark Latimer is unable to move on from the imprisonment that is his grief over his boy’s death… and how, eventually, he finds peace.

The episode’s closing moments, which see Andrew Buchan putting in some of his best work as Mark, are terrifically written, shot and acted, bringing the story of the Latimers that stretches right back to the first season’s first episode to an awful climax right back on the same cliff where it all began – even down to the same camerawork.

Different viewers will have different interpretations of quite how Mark killed himself, of course, though personally I suspect he threw himself off the cliff and the use of his boat and the appearance of Danny comprised something of a dying hallucination: quite apart from the boat seeming to vanish from view, these scenes have an air of dream logic about them, as though they were his final thoughts, devoted to being at peace. We will no doubt see confirmation next week, as Ellie and Hardy will presumably discover his body on the beach or washed out to sea… which should, at least, give the Rev Paul Coates something to do, in contrast to his No-Show this week. 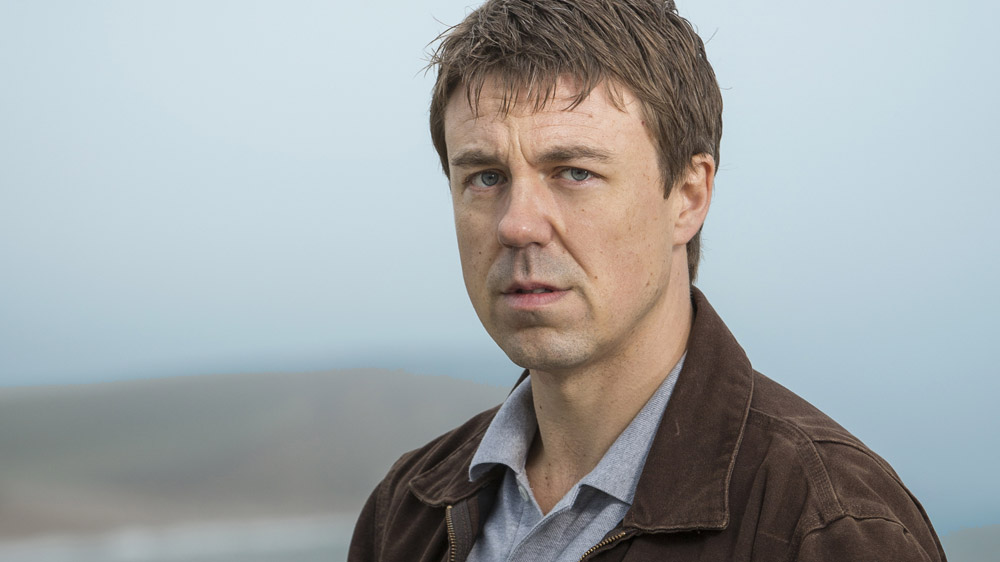 The same theme is at work in the storyline of Cath and Jim, who for all their dislike of one another choose to head off and leave Broadchurch, preferring a chance at starting new somewhere else than suffer ignominy and wagging tongues in the town where they’ve always lived. But if Broadchurch has taught us one thing, it’s that we can’t escape these things. Jim will keep on womanizing and Cath will keep on being trapped in a loveless marriage and things will never change. D’Angelo Barksdale, in one of The Wire’s best episodes, put it like this: “It don’t matter if some fool say he different”. Ultimately, it’s harder to change than we think.

Finally, too, Ed’s relationship with Katie gets a bit more screen time, although I wish it had been given a little more focus earlier in the series as well – having gone unmentioned for several episodes, with no scenes of Katie agonising over whether to tell Miller and Hardy or not, means it slightly pops up out of the blue.

Where will Chibnall take things from here? It doesn’t take Sherlock Holmes to foresee plenty of heartbreak and angst before the finale credits roll. But we will probably get some happy endings too – as one of the few decent men hanging around in town, Hardy’s “good dad” shtick will probably be vindicated, and he and Daisy will likely stay on in Broadchurch hoping to build a new life. But until that point, there’s Mark Latimer to mourn and a case to solve.