Oh, to be the British Buffy the Vampire Slayer!

Many shows have tried and failed to earn said-title in recent times, but to date nothing has come close to scaling the heights of Joss Whedon’s finest creation. Yet based on the opening instalment of E4’s new six-part horror-comedy Crazyhead, it’s possible we may have something in the way of a contender.

Former Merlin showrunners Johnny Capps and Julian Murphy have previous with trying to launch the British Buffy with shows like Hex and Demons, both of which were met with a so-so response at best and absolute scorn at worst. But partnering up with Misfits creator Howard Overman to create a modern-supernatural comedy drama may well lead to success at last, if Episode 1 is anything to go by.

Centring on 20-something Amy (Downton Abbey’s Cara Theobold) as she starts to see demon-possessed folk wherever she goes, Crazyhead weaves an anarchic and fresh take on the tried and tested Monster of the Week format, brimming with both angst and humour from start to end.

Episode 1 opens with Amy and demon-hunting social outcast Raquel (Susie Wokoma) attempting an exorcism on Amy’s possessed bestie, and from the off the tone is spot-on, thanks to a hilarious urination gag early on.

From thereon, there’s plenty of filth and foul-mouthed wit to be found, from sexual bungee jumping to Seesaws and semen thermometers! Safe to say, Wokoma as Raquel gets all the best gags and delivers them with the kind of fast-paced zeal that screams comedic genius (a line about being a “Kick-Ass Hell Bitch” is a definitive highlight)!

It’s juvenile in terms of its humour, but like Misfits, Crazyhead finds plenty of opportunity to send-up the genre it’s been inspired by without falling into the realms of pure parody. Instead it weaves a fun but engrossing narrative that wouldn’t be out of place in more straight-laced US genre shows, throwing in some interesting hooks to give the whole shebang some originality (the mental-health angle especially gives things an extra bit of pep). 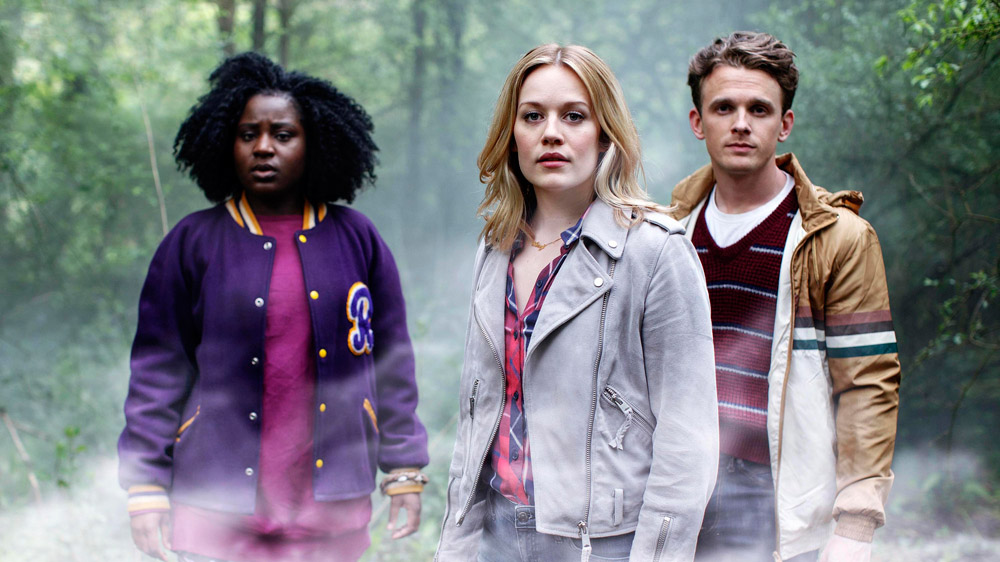 The horror element of the show is sadly the only element lacking thus far. With a few jump scares and little else, it’s a shame the show hasn’t quite embraced the opportunity to really put the chills up our spines. There’s not much in the way of subversion of the typical horror tropes here either, but we have our fingers crossed for more in the way of such ideas developing in later episodes.

With the episode closing on a bit of a shocking downer, Overman sets up plenty of big questions to keep us hooked – who is the mysterious Sawyer and what is his connection to Raquel? What is psychiatrist Weaver’s big evil plan, now he has his gang of demons at his beck and call? And just how will Amy and Raquel deal with the dead body of Suzanne?

Suffice to say, based on first impressions alone, Crazyhead may well be the UK’s answer to Buffy, albeit one with a tad more profanity and filth thrown in for good measure. It’s stylish, it’s fun, it’s action packed, and best of all, every character feels rooted in realism, despite the demons and exorcisms going on elsewhere.

Call us crazy, but we’re hooked!