First off – if you haven’t yet seen this week’s Banana, stop reading this review and go and watch it now.

Cleverly resolved and with characters you root for, it has a touching charm that marks it out as something rather special, even by Russell T Davies’s high standards.

In fact, whisper it gently, but we’re probably more enjoying the gentle intimacy of Cucumber’s sister series than the blousy brashness of the parent show. Of the three productions that make up Davies’s multi-platform sexperiment, although the pre-publicity would tell you that Banana is the intended destination for the yoof, it’s actually Cucumber that demonstrates the kind of schizoid brashness that stereotypically accompanies the teenage years.

As this week’s episode begins, Davies gives us a scenario that’s exactly the reverse of Queer as Folk: as opposed to a young gay guy believing that gay nirvana lies with an older man in his luxury warehouse apartment, it’s now a middle-aged gay man seeking to escape his suburban life by fleeing to a younger friend’s warehouse apartment. 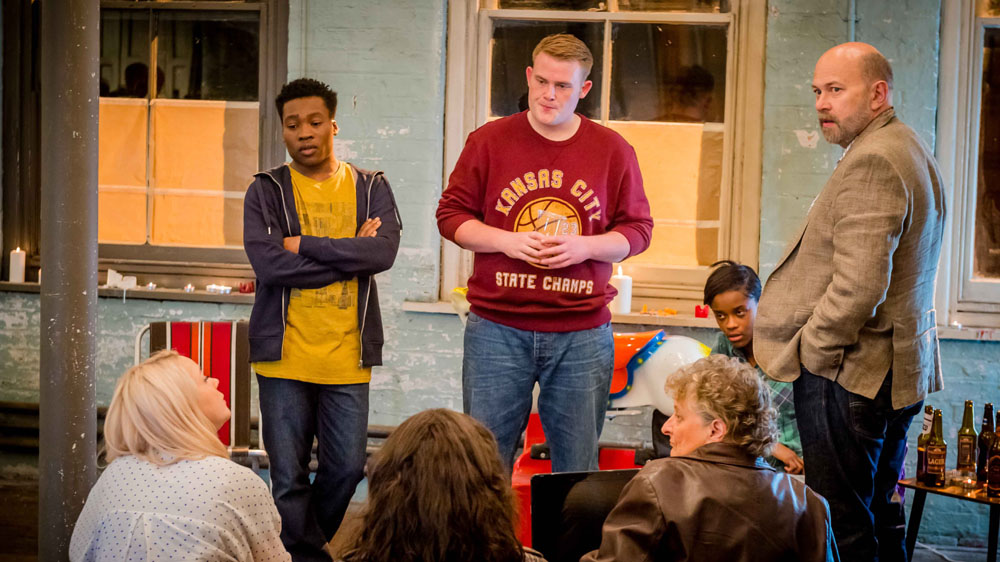 Whether you like this will depend on two things: how far you take to the character of Henry (Vincent Franklin) and how far you like self-dramatising rhetorical speeches. Henry is, it’s clear, a man of grotesquely self-destructive tendencies. Constantly self-justifying, he is able shiftily to avoid apology for his part in his work colleague’s death, obsesses about the possibility of attaining one last cock and responds to his boyfriend’s appeals for reconciliation with astonishing lack of grace.

However, it’s in his burgeoning relationship with Freddie Fox’s Freddie that Henry most makes us squirm. Not everything is quite as it seems: when Henry steals Freddie’s pants, it’s only to compare sizes with his own. Even so, this isn’t enough to stop Freddie attempting to put a stop to Henry’s free-handed lechery in a speech that is, by any standards, remarkable.

Channelling the ghosts of both Stuart Alan Jones’s ‘I lift those shirts’ monologue from Queer as Folk 2 and Henry’s Ryan Reynolds speech from last week, it has an on-the-button directness that takes one’s breath back. The audacity of it, the social taboos broken, and the knowledge that real people do not – cannot – really talk this – all strain against the reality of the scene to create the kind of moment that may leave some viewers feeling affronted.

By the end of the episode, Freddie – formerly a louche Lord Alfred Douglas figure – has been recast as a Caravaggio youth in white briefs. Lit by shafts of light, he’s ceased to be an ordinary guy working in a canteen and has become instead a Manchester Narcissus…. 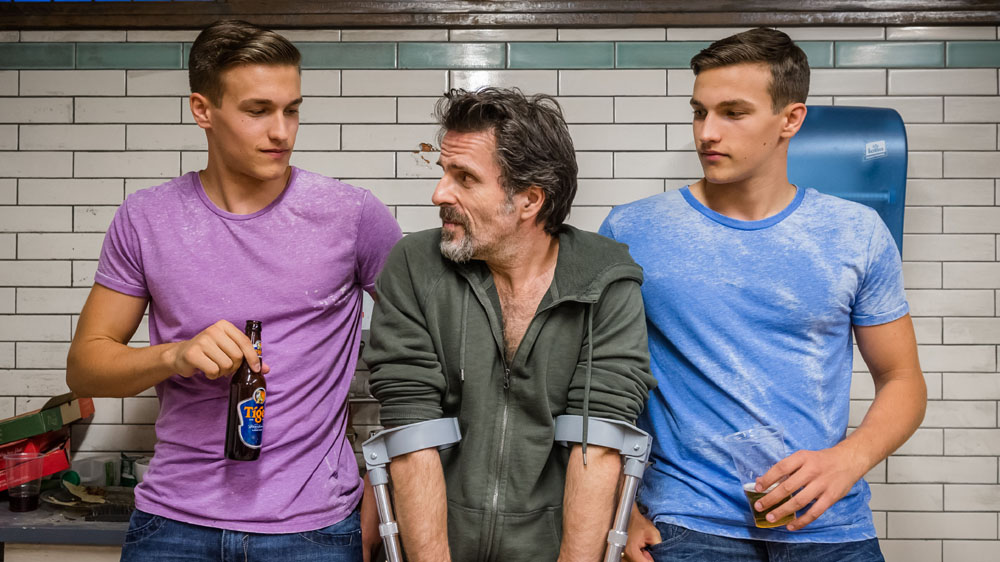 Because the pre-publicity for Cucumber has focused on Davies returning to write ‘something real’, and because Davies has an ear for the rhythms of daily life, we have been invited to expect verisimilitude. But actually, even when he writes domestic drama, Davies creates worlds which are not real but hyper-real. He holds a funhouse mirror up to our lives and we catch glimpses of ourselves reflected in the madness therein.

It’s not in the big moments but the quiet ones that these characters throb with life: when Henry observes that everyone calls Cleo Chloe or Freddie asks how much Henry’s on a year.

As for the shambolic, exploding rest of it – the madness, in fact, is the point. These lives are not ours; these characters are not us; but their very publically lived out chaos and confusion is a reflection of the kind of chaos which we entertain internally. As such, and on its own audacious terms, the drama is a riotous success.

Even so, this week, for us, it’s Banana that has the edge.