And so we come to the final episode of Cucumber: the one which, following the events of Episode 7, didn’t seem strictly necessary.

Was it worth it?

No, but we’ll come to that later. Before that, there is the matter of Henry’s attempts at social engineering, and the fact that – having clearly read too much Tales of the City – he has set himself up as a Mancunian Anna Madrigal: host to a collective of gay, bi, queer and trans itinerants. It’s not his best move.

Even before Veronica has pointed out some of the obvious flaws, The Collective – with its Spanish guitar recitals, naked cooking, live vlogging, and sausage-eating contests – seems to have been founded on the principal of being the most irritating place in Greater Manchester. 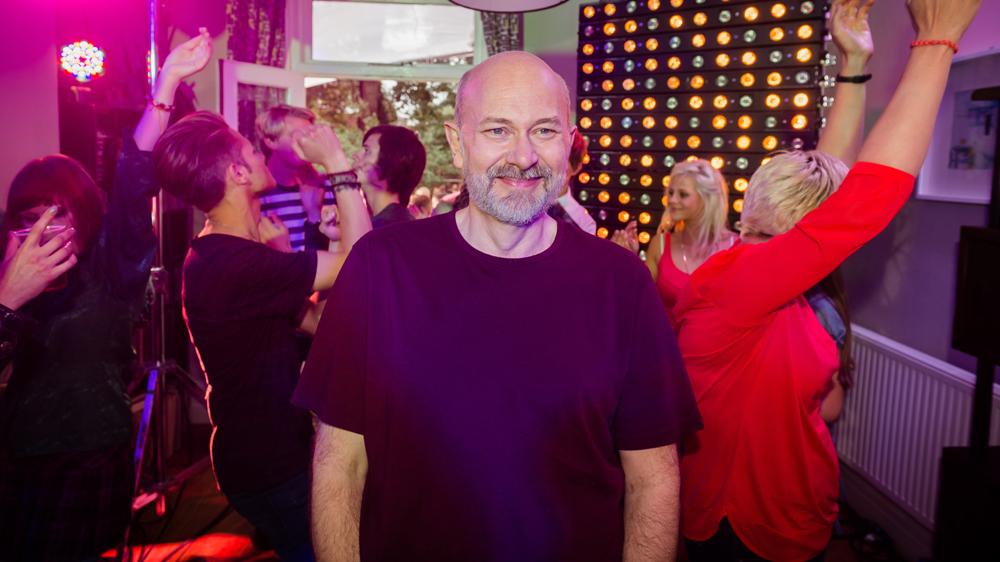 Veronica, for her part, is not impressed and labels Henry ‘Toad of Toad Hall’. This is rude, natch, but nonetheless good. Unfortunately, she then goes on to accuse Henry of having sent Lance to his death by effectively locking him in the room with mad, murderous Daniel. This is not only bad, it’s also utter nonsense.

To suggest that, after the breakdown of a relationship, the mental instability of a person’s future dates is the responsibility of the ex-partner is the kind of suggestion that needs challenging, in the narrative, by people with their heads screwed on. Instead, however, the residents of the Collective sit around looking shifty, too much exposure to Spanish guitar having mushed their critical facilities. It’s as if Veronica has said something taboo-bustingly on-point, like – I don’t know – that Lance’s so-called ‘sainthood’ was more often an exercise in doe-eyed, passive-aggressive manipulation.

It’s about this time that you start to wish that the drama would end with Cliff, Henry and their entire coterie of friends growing up, deleting their Grindr profiles, and leaving Henry free to conduct his weekly shop like a normal person. 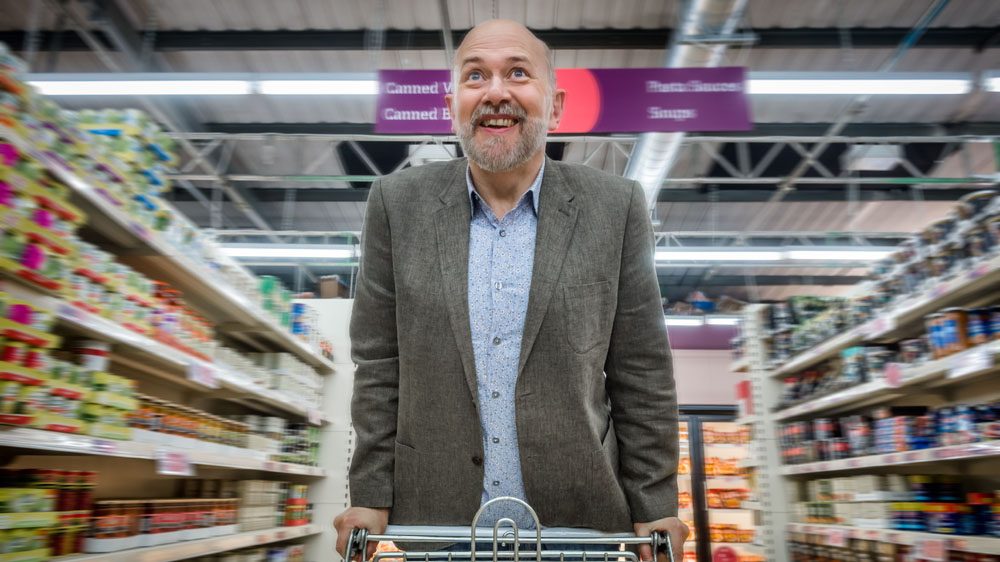 But Veronica isn’t the only one with dubious insights to share. As the Collective unravels, leaving Henry, Cliff and Freddie in an unholy alliance, Henry’s oppressive domestication leads to Freddie doing what he does best and pressing the destruct button on himself and those around him. Freddie – who, as we know, can be a master of spitefulness – professes to come to the realisation that he is the new Lance, citing, as evidence for the prosecution, the fact that Henry refused his offer of sex.

It’s a wilfully perverse argument – deliberately ignoring the fact that, actually, if his habit of angry, abusive, point-scoring sex is anything to go by, Freddie is far more like the new Christopher, or his account of Christopher at least. Yet Henry doesn’t make the obvious point that, when Freddie offered sex, he was grieving, and that to have taken advantage of Freddie in those circumstances would have been exploitative. Rather, when he and Freddie meet again, after six years, Henry concedes that much of what Freddie said was accurate.

And this is the problem we have with the episode, and with the series too, if we’re honest. Drama of this kind clearly does not need to take a consistent moral stance on its characters. But when the most cynical of characters are fetishised – and Freddie certainly has been fetishised – and when extremes of behaviour are endorsed within the narrative, it’s difficult as a viewer not to feel queasy. It’s one thing to depict characters as damaged and self-destructive; quite another to celebrate their smugness as a glorious facet of the diversity of modern life. 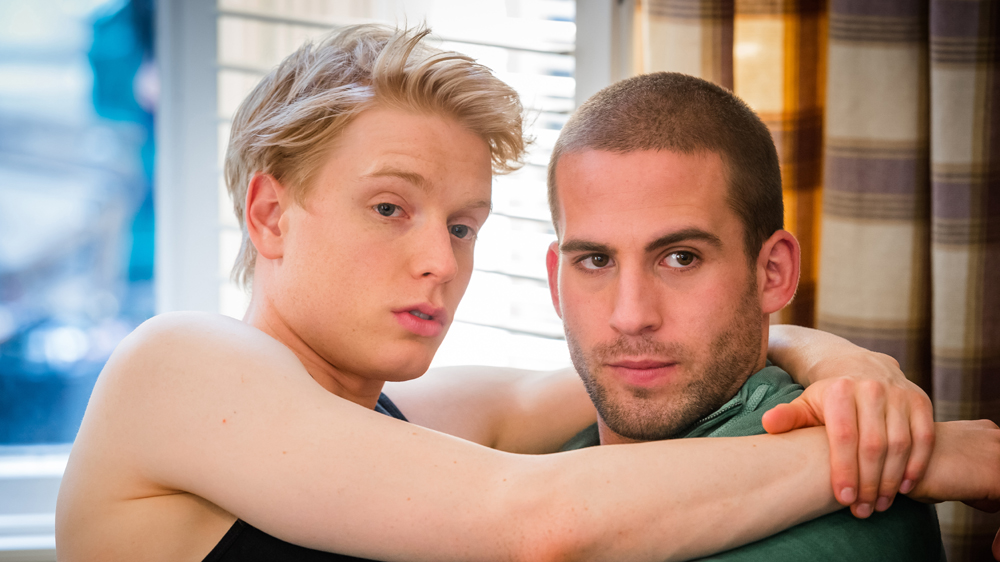 Part of the issue here lies with the uneasiness of tone that is so characteristic of Cucumber, and which has made the viewing experience so often disconcerting. Take the scene, in this episode, when Freddie manipulates Cliff into having sex with him in the kitchen. It’s a deliberately placed scene, justified by its character commentary on Freddie. However, it’s also – and there’s no getting away from this – uncomfortably porny.

The fact that Freddie is naked and Cliff isn’t; the abusive and controlling way in which Freddie speaks to Cliff; the very sex-on-top-of-the-worktop situation…. Of course, it’s the case that Freddie is maliciously enacting a porn-style scenario in order to humiliate Henry (and also, as it happens, Cliff). But that too makes the scene uncomfortable: the cold, hard darkness at the heart of something that some viewers will be getting their rocks off to. 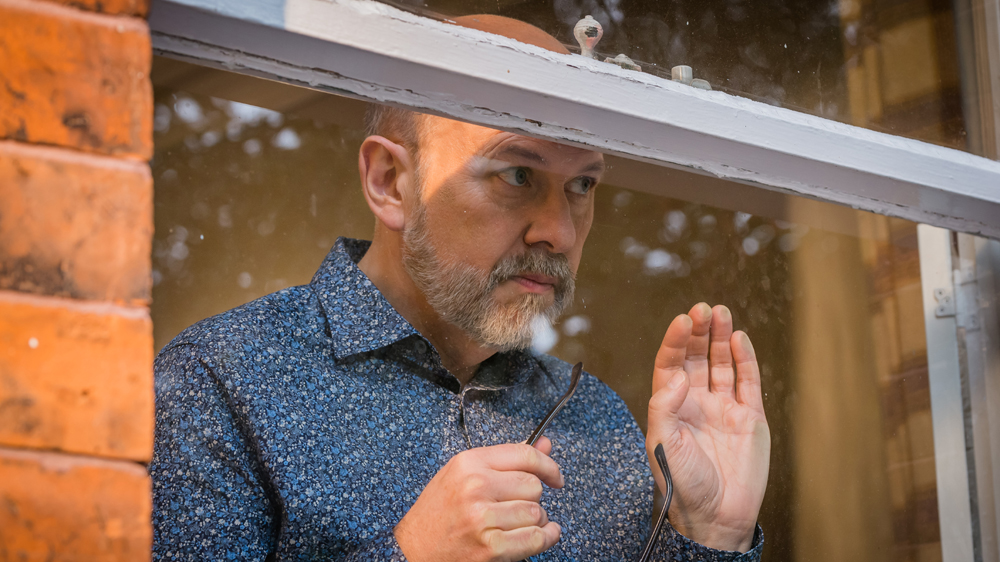 Probably the one thing you’re not supposed to feel, after eight weeks following a show, is angry. But there’s a weirdness to this episode – in the skewed moral viewpoints, in the dubious set pieces – that leaves you feeling exactly that. The final twenty minutes may be a tying up of loose ends, but they are also a jettisoning of the camaraderie that gave Cucumber its warmth, and a repositioning of it as being finally about the threeway relationship between Henry, Freddie and their own egos.

The final punchline is a good one, but it’s not enough. Cucumber may have imagined itself, rather too self-consciously, as possessing the tensile qualities of the titular foodstuff: hard, thrusting. But, in the final analysis, I think it just wilted.