When a gourmet chef is found stabbed to death and found in his own freezer it opens up a case for the Honore Police Department where the circumstances suggest that everyone and no one could have done it, providing us with one of the most interesting scripts of the season so far.

“Robert was murdered by someone he knew and if it is, as they all say, he knows no-one on the island… well then, it must be one of them.”

The cast of the episode are strong but with so much going on, they basically have time to get their motive in and not much else. Both Brassed Off star Tara Fitzgerald and Martin Compston feel under-utilised, but their stories are suitably heartfelt. One issue I did have with the script was the clunkiness of some of the dialogue, especially when setting up clues (such as the sharpened knife) in the early part of the story.

It’s an episode that feels jam packed, but not awkwardly so: JP proposing to Rosie is a lovely development, though one has to wonder if this is Tobi Bakare’s exit storyline rather than character development, what with it being so close to the end of the season – we do hope it’s not. 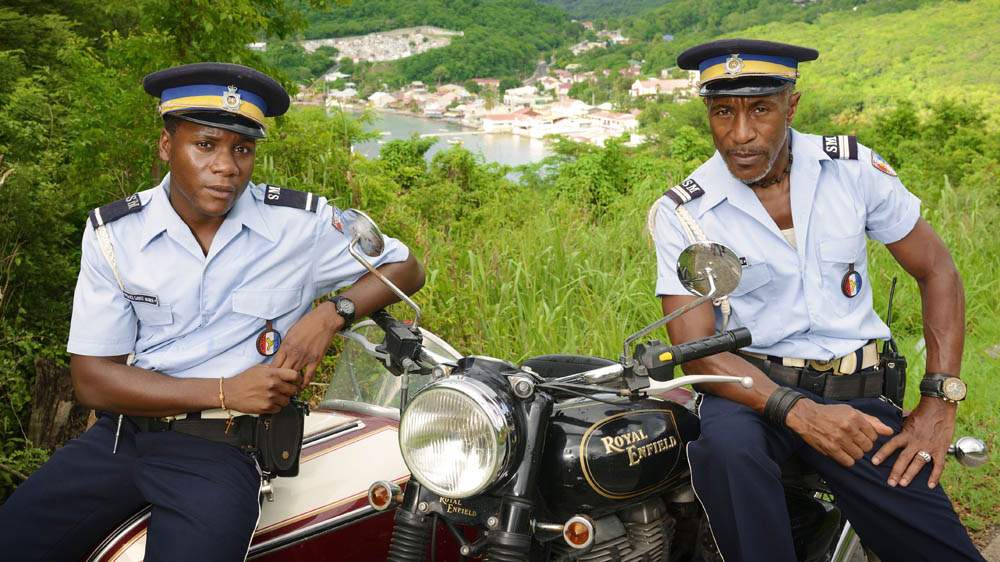 Dwayne (Danny John-Jules) is given some nice comedy, but is actually put to better use in his interactions with street kid Jackson, where there is a lovely nod to Dwayne’s friend who died a few episodes back. It would be great if the show used its own history more, especially considering how long it’s been running now.

Regular Death in Paradise director Roger Simonsz does a really nice job with the stories here and the surroundings are put to good use. Once again, the island setting (filmed in Guadeloupe) actually becomes a character in itself, with Simonsz using the locale to enhance the story. The ep also features some lovely camera work and some quirky, fun editing choices, such as the Jackson interrogation scene.

“Believe me, the only person that Robert was in love with…was Robert.” 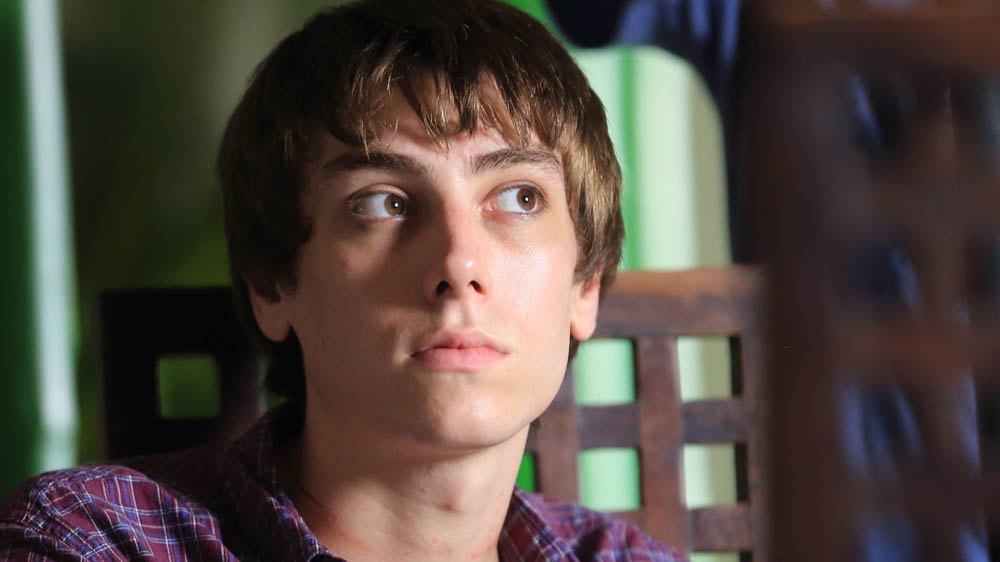 The genuinely tense reveal of this episode’s killer makes it jarringly effective as it unfolds, given that the rest of the episode has something of a slower pace, but that doesn’t make it any the less intriguing.

In fact, this episode includes a reveal twist that many will have thought Death in Paradise would attempt at some point, but it’s genuinely surprising when it does happen and as a result you’re left feeling more sympathy for the killer than the victim.

Fun subplots, a solidly cast A story and some wonderful technical touches make this a great episode. As we head towards the season’s final couple of episodes, there is a sense of things ramping up in Saint Marie ahead of the finale.