They’re really putting the dick in Dickensian this week.

In news that will surely redefine forever the way you read Oliver Twist, or watch Sir Harry Secombe belting out ‘Boy for sale!’ in Lionel Bart’s eponymous musical, we discover that corpulent literary fixture, Mr Bumble, has a nickname for his penis. It seems to be a joke aimed at the people who used to sit in English class and snigger at the name ‘Cock Lane’ in A Tale of Two Cities. Well, we were all young once.

But let’s try and get over ‘Little Bumble’ (#ThatsWhatMrsBumbleSaid), because here are two episodes of Dickensian which, knob joke aside, not only feel as entertaining as the initial premise behind the show indicated, but which also ring true to the spirit of the author.

Or maybe I’m coming down with a sort of reviewer’s Stockholm Syndrome. It does sometimes feel like I’ve been watching Dickensian for three years now. 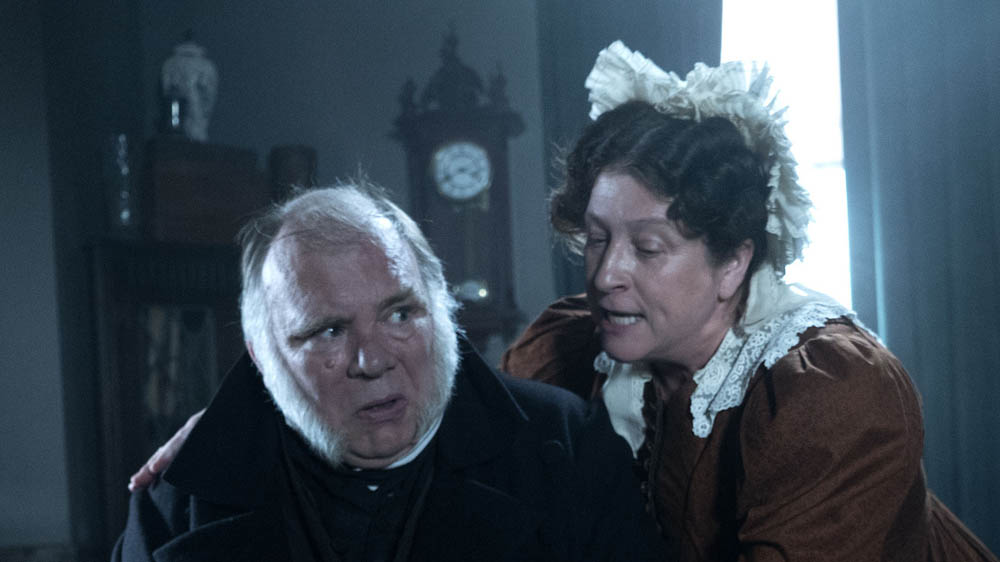 Evil set of abs, Compeyson, finds his smooth scheming is threatened by the rather theatrical appearance of his wife, Sally. Are his plans about to come crashing down around him? Well, no. Being the smooth bastard that he is, he sweet-talks his wife, has his way with her, and then pinches her wedding ring and uses it to propose marriage to Miss Havisham. Dick move, Meriwether.

She says yes. One of those breathless period drama yeses. No! Ten minutes earlier Miss Havisham was breaking the glass ceiling and expertly wrangling a recalcitrant board of mutton-chopped chaps, and now she’s unknowingly agreed to a course of action that will lead her to be a dusty, man-hating recluse, rather than the confident and energetic woman we just saw. Dickensian makes it an enthralling tragedy to behold.

Inspector Bucket and his officers break open Fagin’s warehouse, expecting to find incriminating evidence, but – in a moment that is genuinely shocking – find dozens of ragged orphans, huddled on shelves in the dark, tagged like commodities and waiting to be sold overseas to mining companies.

Sort of puts a downer on the imagined picaresque camaraderie of Fagin and a bunch of chipper petty thieves, doesn’t it? Turns out Marley and Fagin were in business together in a child labour racket. The worst part? It’s all legal. Parents have been so desperate that they’ve sold one of their kids into slavery. 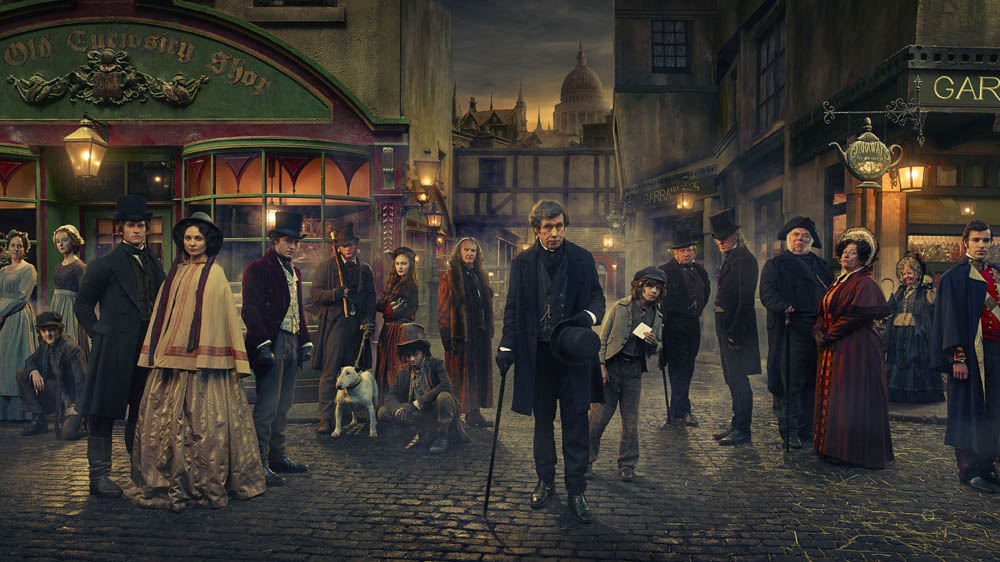 Bucket is the angry but impotent avatar for the social conscience and moral outrage that underpins so much of what Dickens wrote about. The most he can do is save one of the boys, but even then, sticking him under the care of the Bumbles doesn’t feel like a win. Bucket’s so far off a victory of any kind at the minute; seemingly no closer to finding Marley’s killer than he was in Episode 2.

Meanwhile! Genderbent Oliver Reed in a bonnet, Mrs Gamp, has drunk all the gin – literally, a whole pub’s worth of gin, no kidding – and is chucked out by Mr Wegg. But in her acting role as soused midwife she’s sober enough to give us the cliffhanger news: Honoria Barbary’s pregnant. I’m going to take a punt and bet a tenner that the baby’s a girl, and called…oh I dunno… Esther. To the bookies!

For the first time since Dickensian began I’m eager to see what will happen next; not only seeing how Honoria will have to cope with hiding her pregnancy from Sir Leicester Dedlock, but how smartly the entire connective tissue between this fanfic show and the books will bond. The nearer we draw to Dickensian‘s ending, the more it needs to prove its concept. 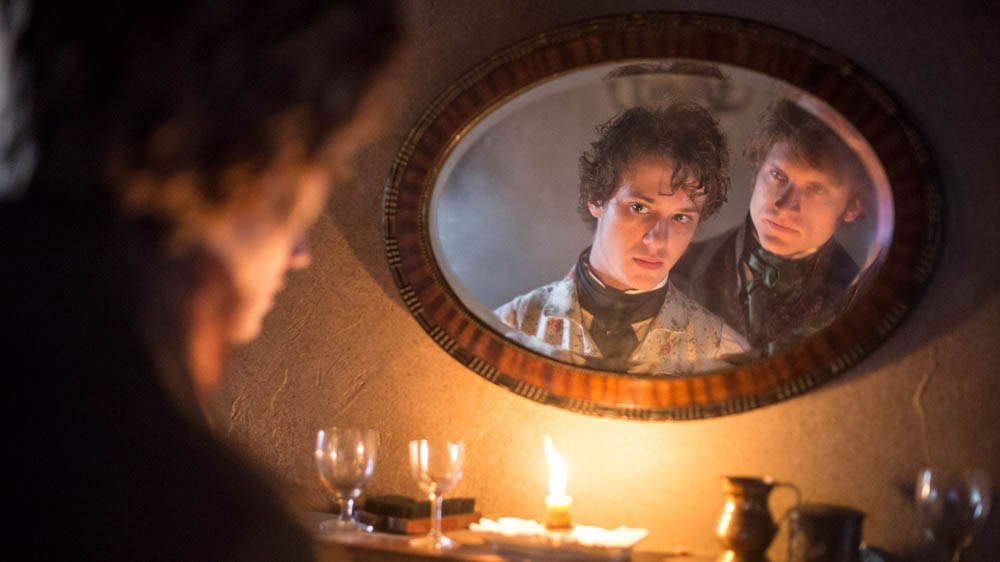 ‘Only a few more weeks and we’ll both get exactly what we deserve,’ Compeyson says.

He’s talking about bringing down Miss Havisham, but as viewers it would be nice to think that in a few weeks’ time, when this drama ends, we’ll feel like we have the ending we deserve. Something that makes our continued attention feel worthwhile. Something that might even tempt us to slide that copy of Great Expectations off the dusty shelf.

I don’t want to speak too soon, but after a few duff episodes, Dickensian is starting to look like it might, might, give us that. That, and a couple of dick jokes thrown in.