Question. If Doctor Who has such a flexible format, why does it revisit its own ideas so often? Conjecture. Because ideas breed ideas – just not necessarily new ones.

For the bulk of its running time, ‘Time Heist’ plays – as it intends to – like a sassy, spacey variation on the heist thriller.

However, there’s no getting away from it. The story’s dénouement, in which the Doctor willingly sacrifices his memories to the Teller, and the Teller is revealed to be a monster motivated by the love of a missing partner, brings back strong memories of last season’s ‘Hide’ and ‘The Rings of Akhaten’. Memories which – in the absence of our own memory worm – we have been unable to wipe.

It may seem curmudgeonly to criticise ‘Time Heist’ for its familiar-feeling final act, just as it may seem perverse to start with its ending. But then – starting with the ending is very much in the spirit of this time-hopping adventure, which, like Eric Morecambe, seeks to play all the right notes – but not necessarily in the right order. 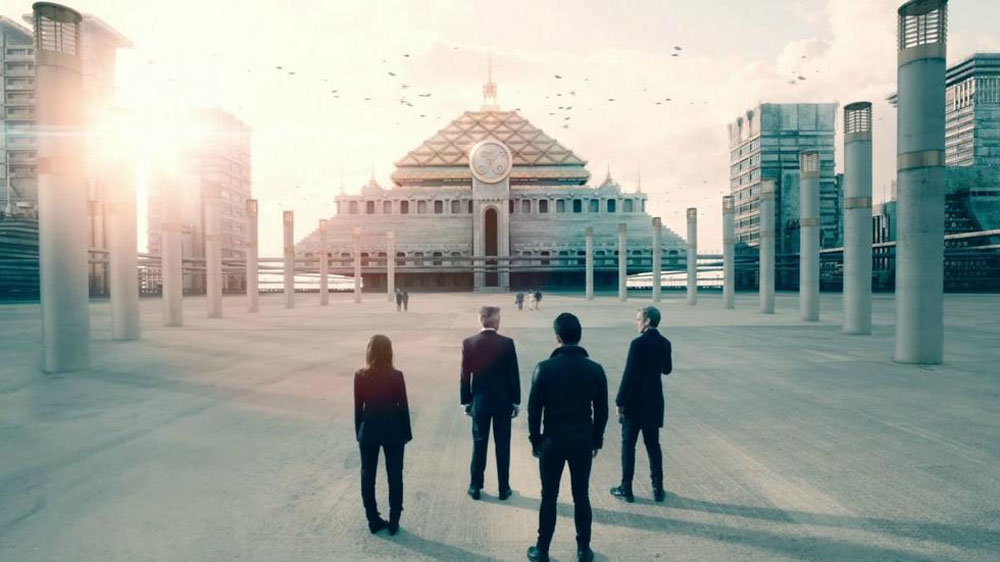 The Doctor sums it up when explaining how The Architect managed to get the suitcases into the bank for him to open: ‘By breaking into the bank in advance of breaking into the bank.’ We are caught in a typical Moffat loop where effect precedes cause. But truthfully, the plot is less tricksy than it appears to be, happily riffing off the clichés of the heist movie genre and prefiguring its own revelations with solid sure-footedness.

Where there is genuine finesse, it comes from the eye of director, Douglas Mackinnon. As is becoming the pattern this series, the jump-cut flashback is the order of the day, both as comic punctuation – such as when Clara remembers Danny talking Yoda-stylee about their forthcoming date – or to clarify the twists of the narrative.

Cross-fades propel the story and imply concurrent action, and there are two effectively stylised slow-motion sequences, when the Doctor and his gang walk into the bank, and – better still – the first appearance of the Teller, who is led into shot, like the Sheriff coming into town, accompanied by an appropriately Ennio Morricone-style score. 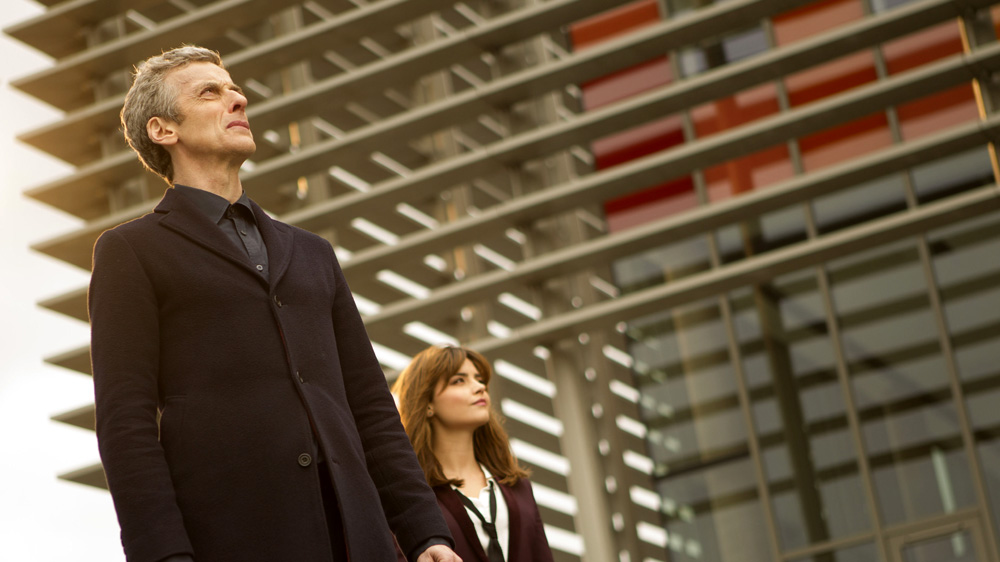 For many viewers, it will be the Ocean’s Eleven franchise that most comes to mind when watching ‘Time Heist’, but for this particular viewer at least, it felt most like a live-action version of a 1980s’ Marvel Doctor Who comic strip. It wasn’t just the cameo of Abslom Daak, Dalek Killer (the only would-be bank robber to have his image captured by a court artist), more the feeling of a Star Wars-inspired world of grotesque capitalists. Had – *obscure reference alert* – Mr Dogbolter been revealed as villain, or even his televisual equivalent, Sil, it wouldn’t have come as a surprise.

So much here owes a debt to the archness and blousiness of the 1980s: Clara dressed fetchingly as the Blues Brothers’ sexier younger sister, the obsession with and simultaneous disgust of filthy lucre, and, above all else, Keeley Hawes’ performance as Ms Delphox, who is quite del fox, dressed in oversized glasses and with hair like a croissant yearning to be a shell. 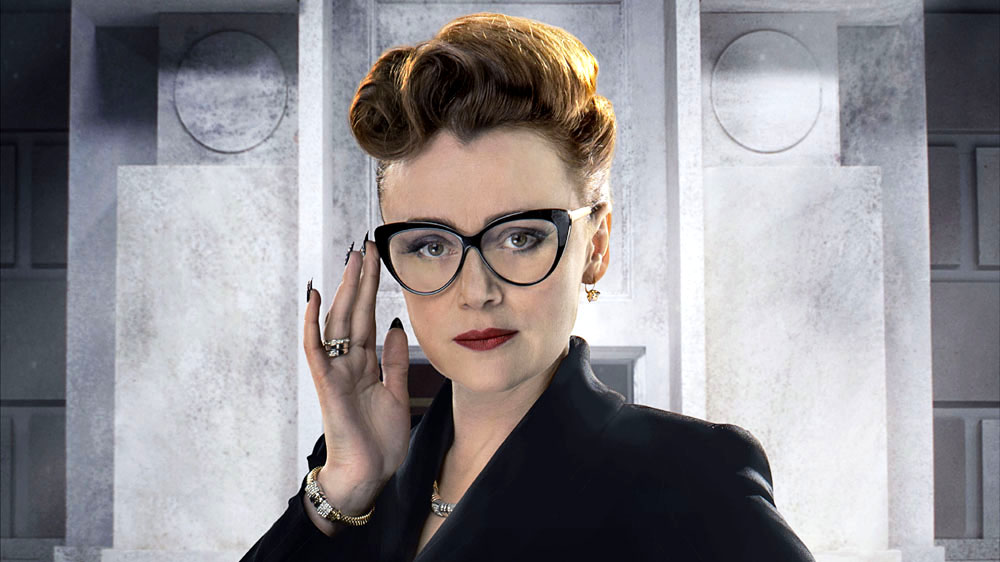 Does Hawes bring to this the electric ambiguity she gave to Line of Duty’s Lindsay Denton? Not in the least. But it’s a different audience – and in fairness, it’s difficult for her to avoid campiness when Delphox/Karabraxos refers to herself as ‘moi’ or shows a Norma Desmond fixation with getting people ready for their close-ups.

A rather more successful villain is the Teller, who, straitjacketed in an orange spacesuit, is a glorious creation: simultaneously chilling and pathetic – even if his modus operandi does bring to mind ‘The God Complex’s Minotaur. He’s rather less convincing when seen in his naked form at the end of the episode, and in fact it’s questionable why this scene is included, when the scene we needed – the scene that is notable by its absence – is the one where Psi is reunited with his newly-remembered loved ones. 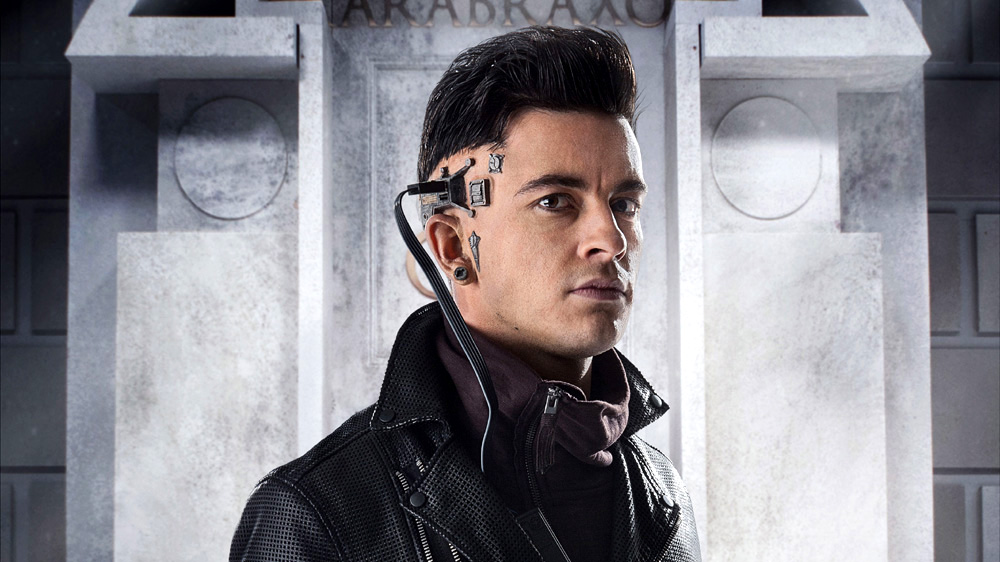 The script goes to some trouble to give Psi and Saibra their X-Men-esque distinguishing quirks, but without a proper emotional pay-off for the former, he feels too much like a generic companion, there to prompt the Doctor with questions about the plot and to show appropriate contempt at the Doctor’s callousness.

This may be the trouble with such relentlessly twist-driven, time travel adventures: the need for exposition overrides the need for emotional truth. It’s certainly the case here, where for every glorious one-liner in Thompson and Moffat’s script (‘We’re getting sanity judgement from the self-burner?’), there’s a dialogue clunker that self-consciously shifts the narrative up or down a gear. 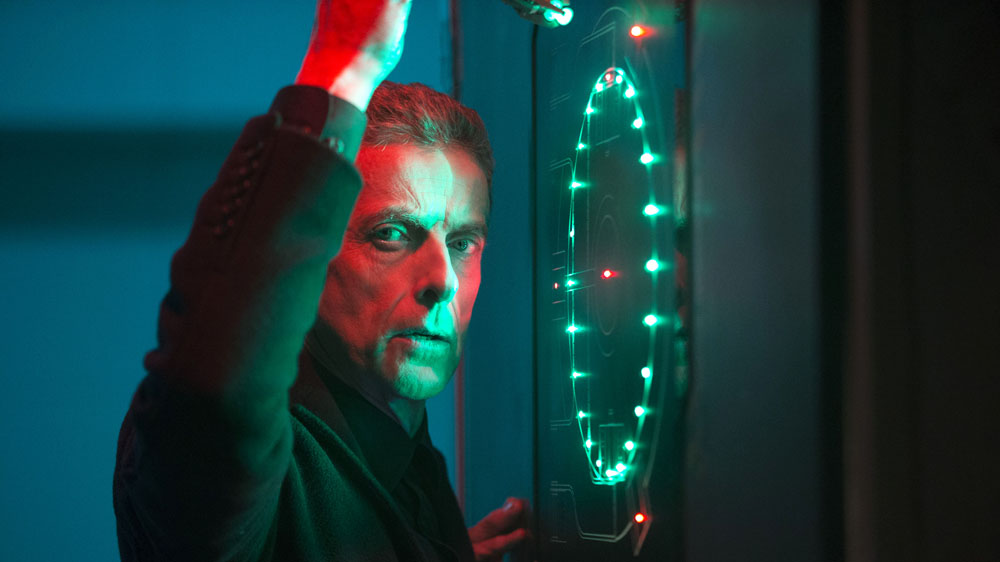 Certainly, now might be the time to tone down the Malcolm Tucker in the Doctor’s characterisation. Having the Doctor bark ‘Shut up! Shutity up up up!’ is a joke that will clearly be received differently by children, who will revel only in the Doctor’s word-twisty rudeness, but for adults, the shadow of Malcolm still looms too large over Capaldi’s Doctor.

Ironic self-knowingness is all very well, but in an adventure such as this – which is, at heart, as traditional as any adventure with multiple ventilation shafts must be – there’s something to be said, at times, for playing it straight.