‘You must not watch this.’

Which, depending on how you feel about ‘Sleep No More’, will either be a warning you’re glad you ignored, or one you wish you’d heeded.

Who can say? That’s the thing about Doctor Who: every fan rightly loves it, but every fan loves it for different reasons.

And across a whole season Doctor Who will give you all these things. But breaking it down episode by episode, it can’t be all things to all people.

The show’s too ambitious, too imaginative, too fidgety. That’s part of the reason it’s become what Moffat describes as ‘the ultimate predator’ – week on week, season on season, it adapts, it tinkers, it experiments. And that’s good, you gotta keep moving, as the Time Lord once said. You can’t fault a 52 year old show for trying something new. 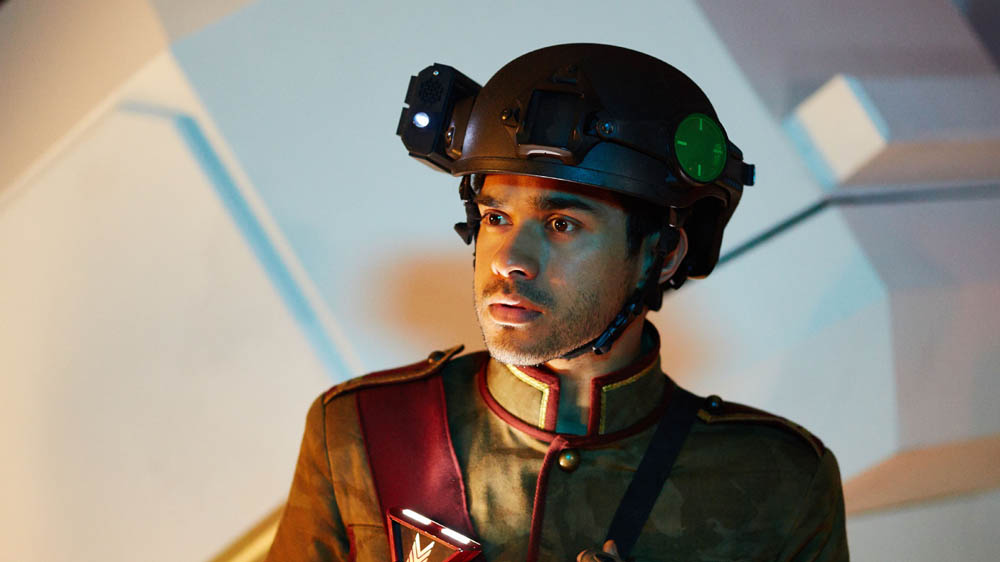 Not that ‘found footage horror’ is really new, but if anyone should get away with it in the context of this show, it’s Mark Gatiss. The man bleeds horror. He’s written it (Crooked House), adapted it (M.R James’ The Tractate Middoth) and made several excellent BBC Four documentaries on the subject.

Last time he did a horror story for Who it was Season 7’s wonderfully camp Hammer pastiche ‘The Crimson Horror’.

‘Sleep No More’ is something you’ll love or…very much not love. Depending on your POV, it’s either Who at its most stylistic, bold, and experimental, or a dull and overstretched story that lacks any real scares or drama, loses credibility the further it stretches the tension, and feels as hamstrung by its filming technique as it is propelled by it. There are arguments for both.

Until the final moments it’s an unremarkable story. A team of redshirt soldiers (the survival ratings for each soldier is a cheeky touch) board the Le Verrier station in orbit around Neptune on a rescue mission, only to bump into The Doctor and Clara, and then Gagan Rassmussen (Reece Shearsmith, completing the League of Gentlemen trifecta on Who). 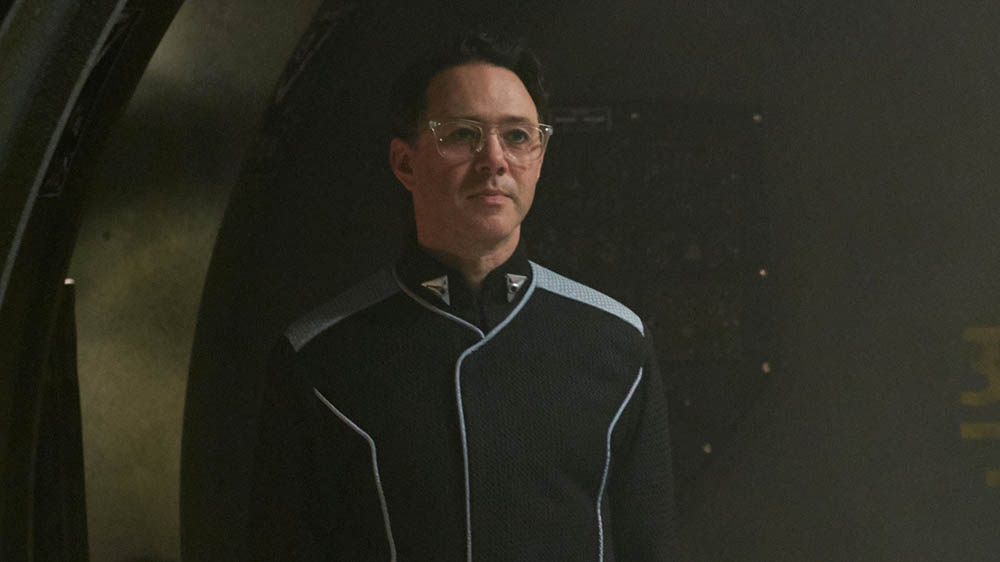 Rassmussen is a part that’s obviously tailor-written for Shearsmith and he plays it with a vague quivering insanity, as if he’s half in Who, half in Inside No.9.

From then on it hits all the familiar beats; corridors, emergency lighting, some bland sand monsters stomping around, people being picked off one by one. Nothing new there. It’s merely the way it’s presented that’s novel for the show. And it goes all in on the found footage atmosphere, even ditching the titles for a quick glitch.

Director Justin Molotnikov’s direction is solid; the first person perspective feels natural, unfussy. It certainly works in introducing us to the characters, and initially it feels as enveloping as it is foreboding. But the longer it continues the more the dread melts away and the boredom sets in.

Perhaps because we’re watching it from too many viewpoints, the scares never feel anchored. 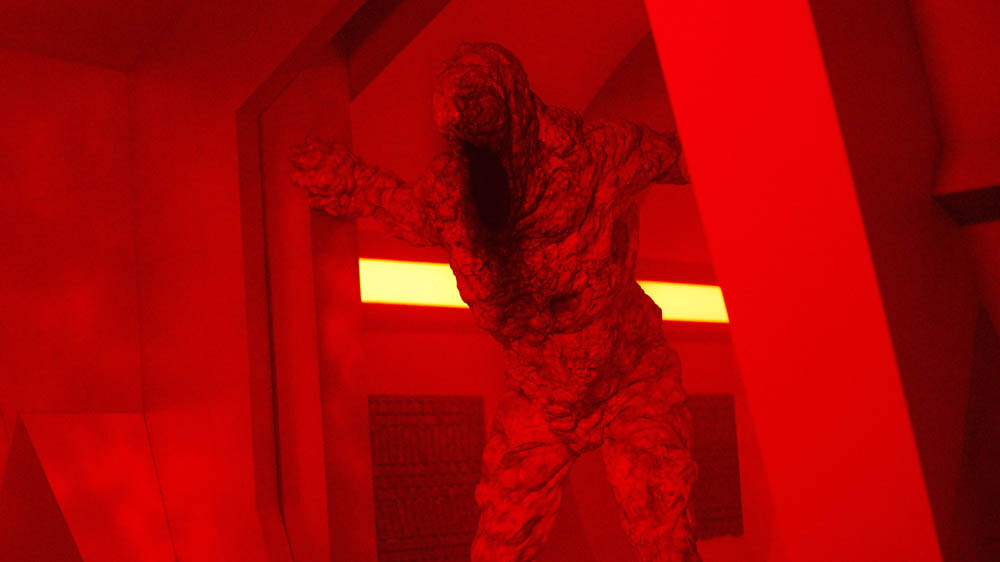 ‘Sleep No More’ lives or dies on its final twist. A fourth-wall breaking trick, a trap; a transmission to spread the Morpheus virus and turn the gunk in your eye into a Sandman (…really?).

Gatiss has created a story about creating a story, and it’s only at the very end you realise you’re a part of it. Very clever, admirably meta. But if you’ve found the previous 42 minutes tedious is it rewarding enough to make up for it?

As Rassmussen makes his admission it feels like Gatiss, and indeed every Doctor Who writer ever, is speaking through him: ‘I hope you’ve enjoyed the show, I did try to make it exciting. All those scary bits, all those death-defying scrapes, and a proper climax for the really big one at the end. Compulsive viewing.’ 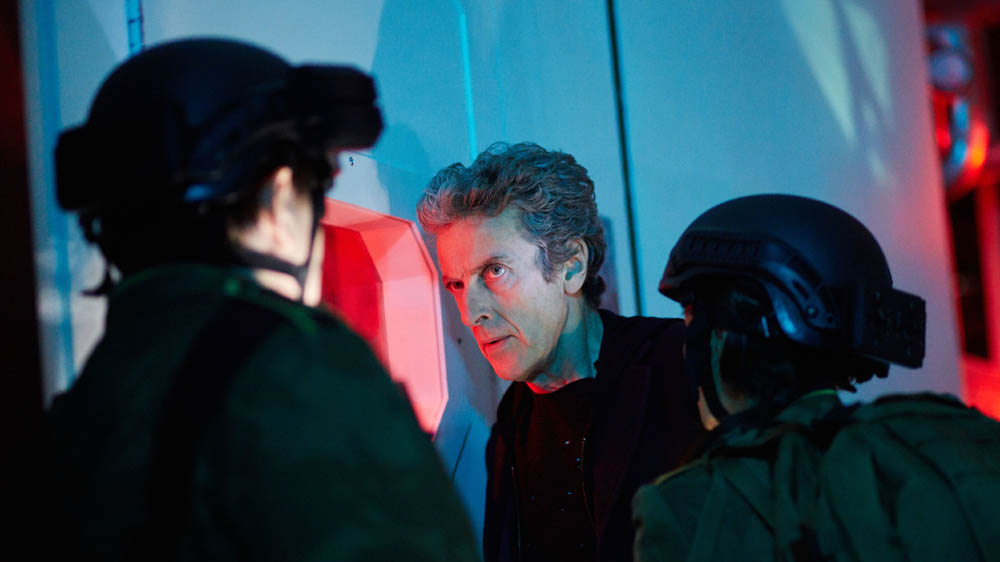 It’s up to you whether you think he’s succeeded. I’m not convinced. ‘Sleep No More’ is neither exciting, nor scary. It doesn’t help that the final ten minutes are rushed and confused rather than the climax they’re meant to be. It’s a triumph of style over substance.

It’s also technically not the first time the show has dabbled with recovered footage. The 50th Anniversary minisode ‘The Last Day’ did the POV style and accomplished it, probably because it grounded the action from a single perspective and kept the idea to under 5 minutes.

‘Sleep No More’ is stretched past its limits by a 45 minute run-time, and fractured through too many eyes to feel as nightmarish as it should before so many viewer bedtimes.

But that’s just our opinion. Whatever your point of view, sleep tight.