History proves it again and again: no matter how good things are, there’ll always be some who are unhappy.

No, we’re not talking about the more vociferous Doctor Who fans! We’re talking about the Zygons. And while it’s understandable that no episode pleases everyone, ‘The Zygon Invasion’ should have everyone reaching the consensus that it’s pretty fantastic. In fact – BOLD STATEMENT ALERT – it may be the best Part 1 since ‘Silence in the Library’.

There’s no need to be in two minds about it: writer Peter Harness has created something that Osgood, sorry, is good. Very good.

A Classic Who story with a 21st century pace and a global scope. It’s a 3rd Doctor-ish adventure on a Judith Chalmers grade travel budget (Judith Chalmers is still trendy, right?). And that adventure is Invasion of the Body Snatchers meets ISIS, as a home-grown terrorist cell of Zygons cause trouble for their own kind and humanity, and the peace accord reached in 2013’s ‘The Day of The Doctor’ is put in jeopardy. 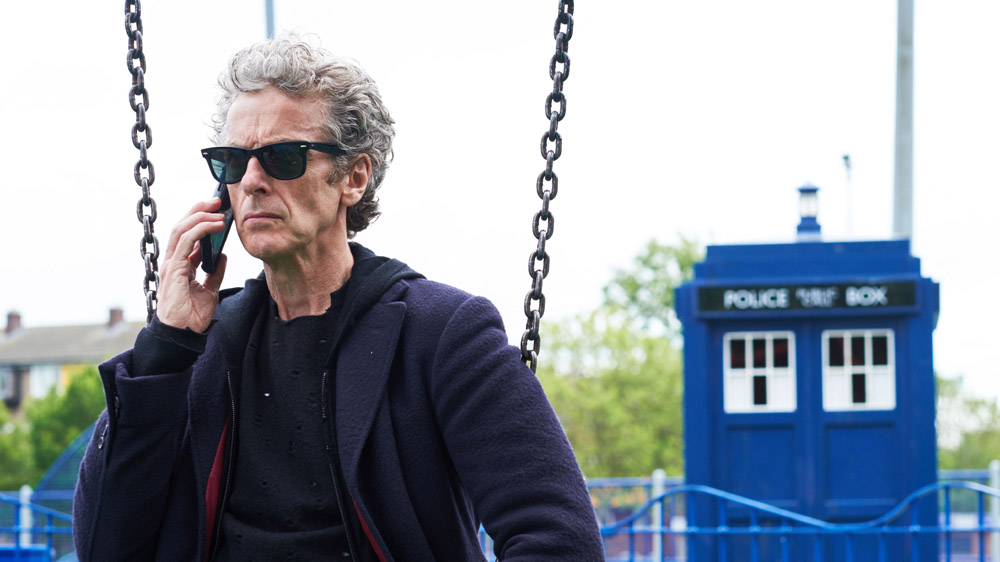 Jeopardy is the key word here. Harness’s greatest gift to the show, beyond invoking the memory of Harry Sullivan (+100 points to you, Harness), is promoting the Zygons to a premier league threat; a position that they’ve never previously enjoyed.

Watching them now makes you wonder why the vaguely priapic menaces weren’t used more after 1975’s ‘Terror of the Zygons’, especially as they can literally shape-shift to fit our greatest fears. And what’s more prescient, more socially frightening, than the idea of the stranger behind the familiar face?

At a time when we’re worried about home-grown terrorism, and helplessly watching the chaos of fellow nameless humans literally dying to try and live among us, the Zygons feel more threatening than the Daleks have done for decades, simply because their weaknesses are reflections of our weaknesses. 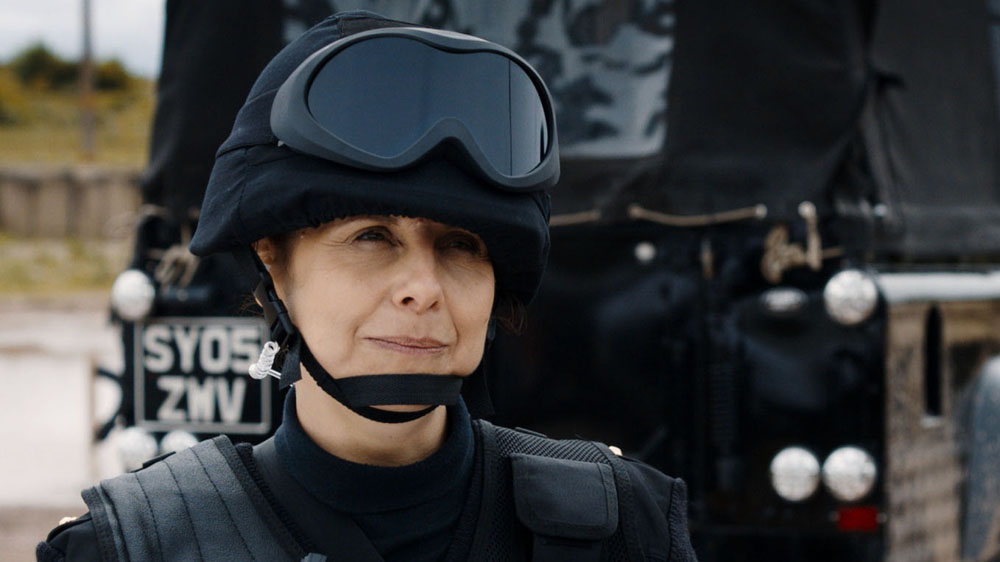 ‘The Zygon Invasion’ isn’t subtle in drawing on those real-world parallels, but Doctor Who has never treaded the (hand)minefield of satire and topicality particularly subtly, has it? Just look at ‘The Sun Makers’ (Robert Holmes’ complaint letter to the Inland Revenue, read aloud by Tom Baker), or ‘The Happiness Patrol’ (a literal Pic n’ Mix of anti-Thatcherism), or ‘World War Three’ (invasion of Iraq with fart noises).

While it isn’t at all oblique on the themes of immigration, home-grown terrorism, and ISIS, it isn’t didactic about them either. There’s space for you to make your own mind up, to decide how far you’d sympathise if placed in the position of The Doctor or Kate Stewart or a UNIT grunt.

If you were on those church steps, gun in hand, facing the image of your mum, what would you do? Could you pull the trigger? 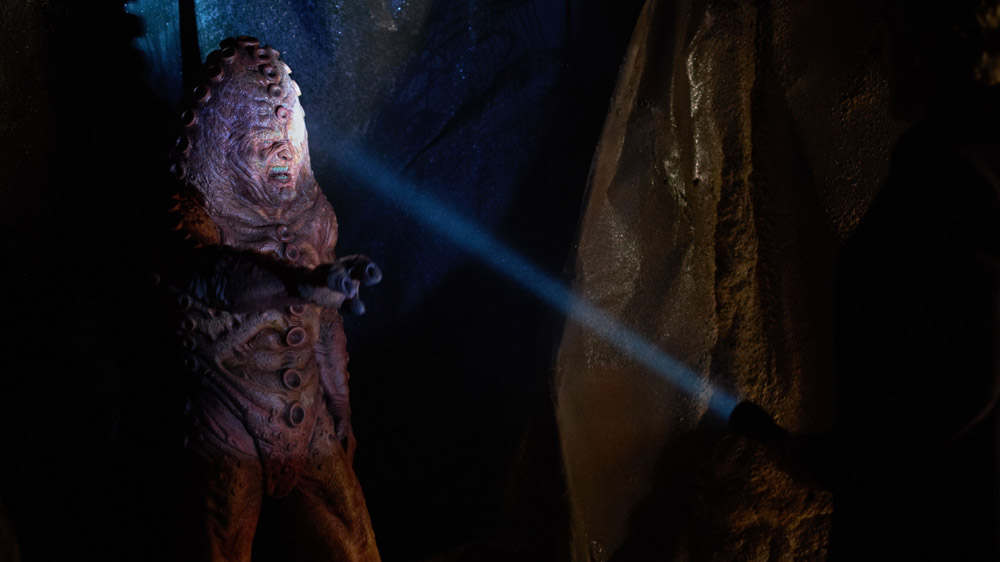 It’s easy to over analyse the polemics of ‘The Zygon Invasion’ and lose sight of the fact that it’s also just an excellent story. One which is all the more engaging by making the most of the main players. No one feels redundant here, or resigned to following The Doctor around and asking questions.

While The Doctor ‘ponces’ off to Azerbaijan Turmezistan on a plane (an act of unusual vanity that seems incongruous when he has a TARDIS, and convenient for the sake of that awesome cliffhanger), Kate Stewart gets to gad around the globe to New Mexico. Doctor Who is a global brand these days yet it’s still surprising when it steps out of Wales. And kudos to director Daniel Nettheim for giving each location a global look on a Doctor Who budget. 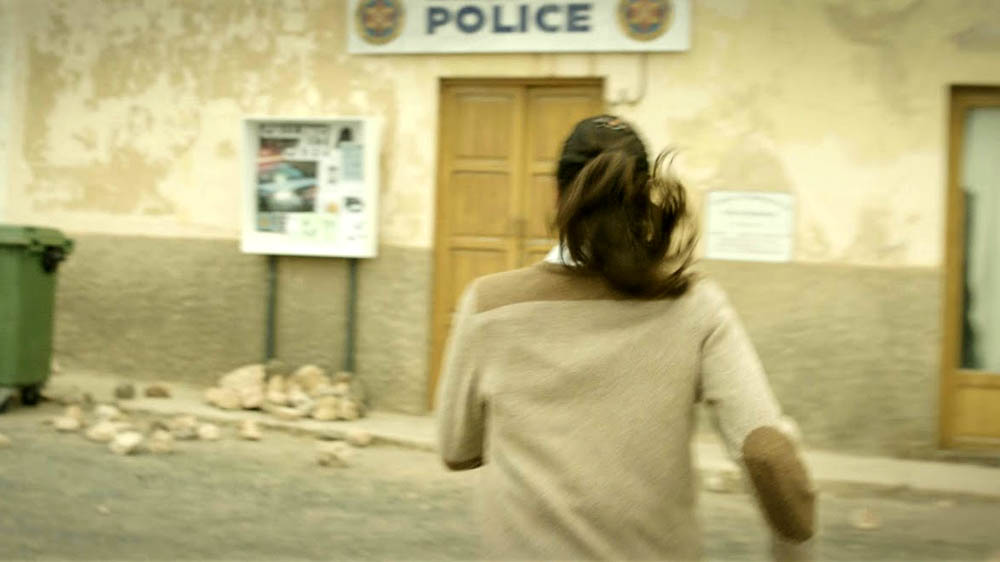 Back in cheap old Blighty (points if you can name every episode you’ve seen that tunnel before!) Clara is subtly replaced by a Zygon who can’t quite get the lipstick right. I have to admit, I didn’t cotton on to Clara being a secret blobby until the reveal, but I am an idiot.

And even after the reveal, when she was giving everyone in UNIT spectacular shade, I was far too pre-occupied with the fate of Jac. If you watched Bugs in the Doctorless 1990s, Jaye Griffiths should hold a special place in your memory. She made Saturday nights on the TV. Now, exactly 20 years on, she’s died in the weekend place many first met her. 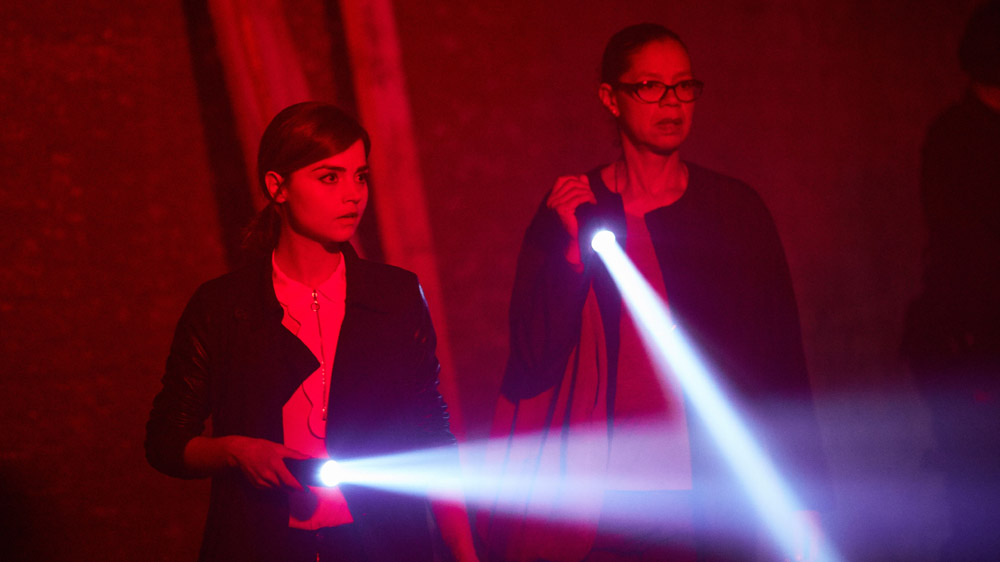 Oooh! Doesn’t Jenna Coleman do cold and evil well? They really are doing a good job of ensuring we miss her when she’s gone to be all regal over on ITV.

However, the real woman of the hour (well, 45 minutes) is Ingrid Oliver as Osgood. Which Osgood? It doesn’t really matter, she’s great either way. Whether she’s the Human or Zygon will no doubt fill a few speculations articles between now and next week, but that’s the whole point of ‘The Zygon Invasion’. Nothing’s certain.

Oh, apart from one certainty: this is Doctor Who at its best. Accept no imitations.