An Emoji-themed episode of Doctor Who. That’s a gamble.

Why write 500 words of review when you could just use a poop with eyes and call it an early night? Hell, let the rest of Twitter do all the work for you.

Fortunately there should be no turds in sight from the critics after ‘Smile’ airs because it’s a good solid slice of Saturday night sci-fi. Nothing that’s going to have your thumb tapping that 100 Emoji or giving the audiences the Aubergine with excitement, but there should be happy faces plastered all round the Internet by the time the credits roll.

Phew, three Relieved Emoji please, because this is Frank Cottrell-Boyce’s return after a first outing in 2014 that was not, shall we say, unanimously applauded. I was dreading Season 10 having a stumble so soon after starting (and after a good start), but great news, ‘Smile’ gets a big thumbs up; starting with a premise that, on paper sounds at best flimsy, and making it work surprisingly well. 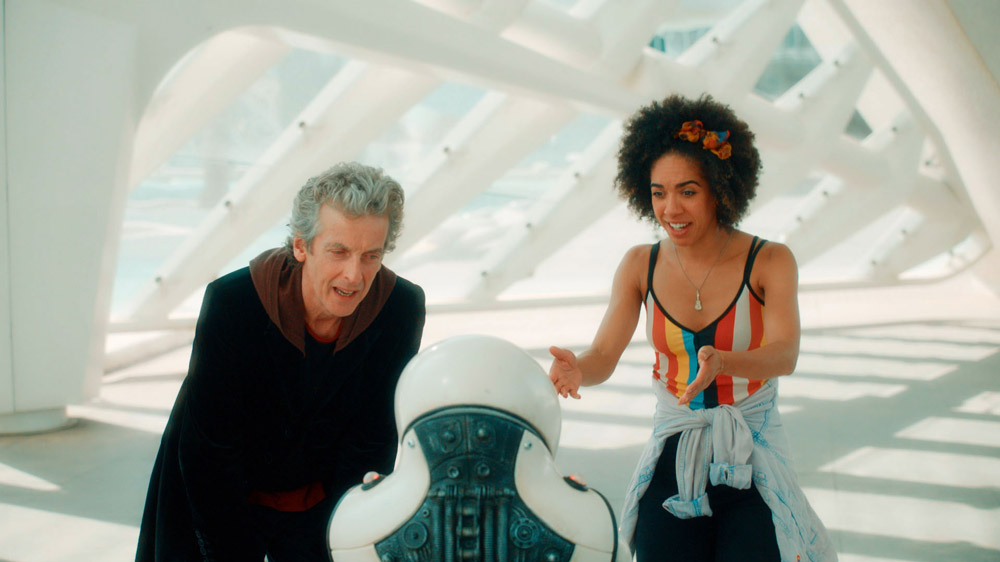 A lot of that is down to the terrific interplay between Bill and The Doctor. The two are such a natural fit; her all astute questions and random observations, he in full on mercurial grandfather mode. Cottrell-Boyce’s dialogue is just what you want to have in the second episode following a companion introduction; darting between furthering the plot and furthering their relationship so quickly that they often occupy the same line. The chemistry between the pair is wonderful as they wander down the empty futuristic corridors of the off-world colony they’ve landed on.

Visually it’s a beautiful episode and one that pairs the futuristic with the optimistic. The bright, wide, sweeping corridors of Valencia’s City of Arts and Science Museum stand in for an advanced human settlement and make the show look like it has a bigger budget than it does. It’s amazing what a little Spanish sunshine, some VFX, and the eye of director Lawrence Gough can do.

Wandering around this happy habitat are some Emoji-faced robots who are cute but vaguely menacing, like robot teddy bears. Not since the Chumblies has there been a more adorable little death machine. Half Smilers from ‘The Beast Below’, half medical droids from ‘The Girl Who Waited’, they’re nowhere near scary, but they are fun to watch as they change face and approach at the speed of a toddler in treacle. 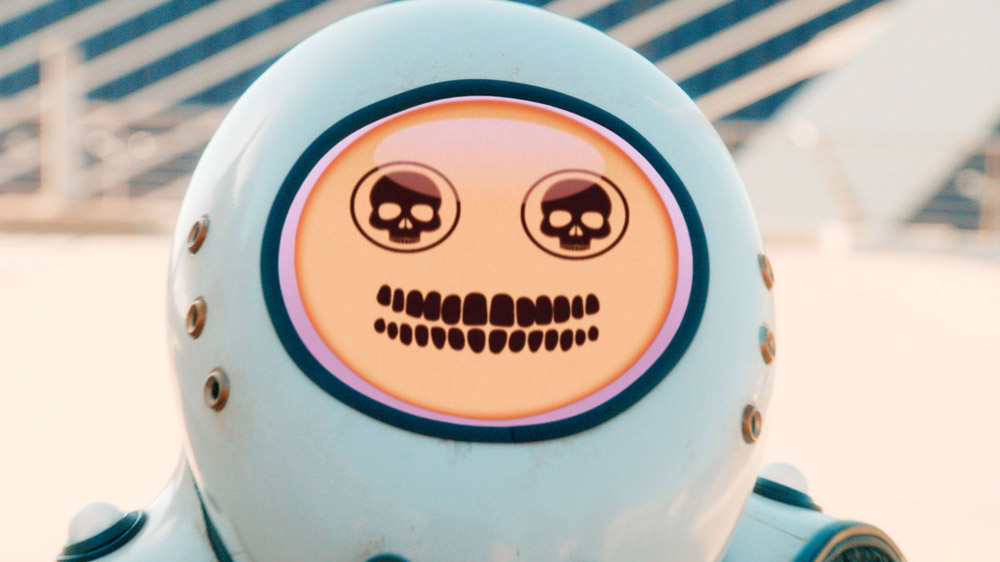 And that’s it really. It’s The Doctor and Bill exploring a stunning location, slowly unravelling a mystery, rapidly establishing the tempo of their relationship, munching on a bit of algae, and having a pretty great time while doing it. There are no big secrets, no huge reveals. The closest we get to anything is another ultra-vague hint about The Vault.  ‘Smile’ is not going to have anyone jumping behind the sofa, but it’s charming to watch and it moves at just the right pace.

The weakest part is the resolution to the killer robot problem (you couldn’t have done that in the first five minutes, Doctor?), but if you don’t think about it too much it works. Frankly the episode has built up enough goodwill by that point that you can let it go.

‘Smile’ is light, fun sci-fi, and a sign that Moffat’s last season on the show is more concerned with pure adventure than overly-complex season arcs. The simplicity of it is refreshing. Most importantly it’s proof that The Doctor and Bill are going to be wonderful to watch, and a delight for all this season’s writers to play with.

In short, put your poop away.

Are you looking forward to ‘Smile’? Let us know below…